A labor market downer: The unemployment rate rises to 9.8 percent and the economy adds only 39,000 jobs 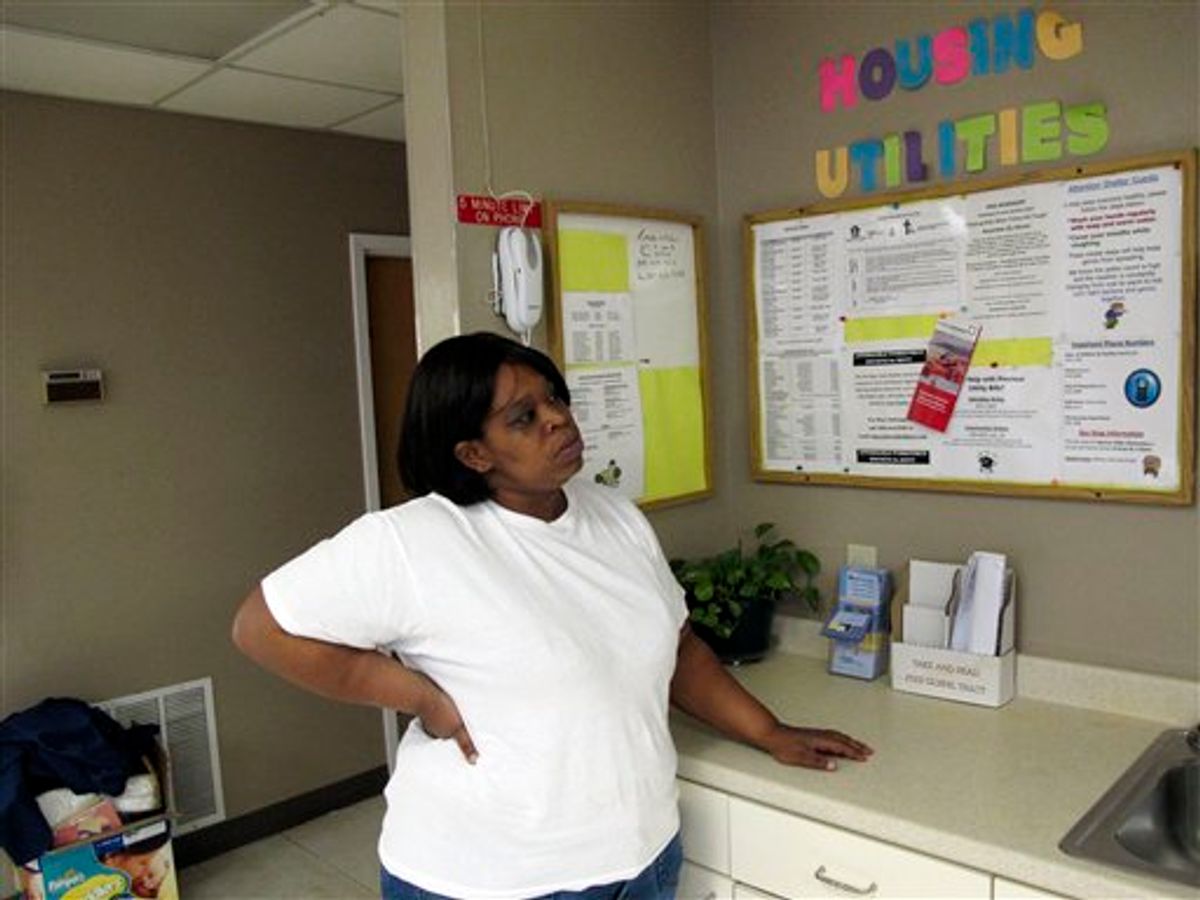 Felicia Robbins talks about the expiration of her jobless benefits and her life with her five children at a Pensacola, Fla. homeless shelter on Tuesday, Nov. 30, 2010. Robbins lost her job as a juvenile justice worker in 2009 and her last $235 unemployment check will arrive Dec. 13. Her 10-year-old car isn't running, and she walks each day to the local unemployment office to look for work. (AP Photo/Melissa Nelson) (AP)
--

Throwing cold water on hopes of a sustained turnaround in labor markets, the Bureau of Labor Statistics reported Friday that the unemployment rate rose from 9.6 to 9.8 percent in November, and the U.S. economy added only 39,000 jobs. After weeks of relatively good news on the domestic economic front, the numbers are a shock -- As Bloomberg News reported the jobs figure was "less than the most pessimistic projection of economists surveyed..."

There are precious few nuggets of optimism to be mined from this report. The labor participation rate stayed stuck at 64.5 percent, so the rise in unemployment can't be blamed on a rush of a new job seekers reentering a more receptive labor market. October's already good 155,000 pickup in jobs was revised up to 172,000, making the November drop even more dramatic. The broadest measure of unemployment -- the U-6 number that adds in "all persons marginally attached to the labor force, plus total employed part time for economic reasons" held steady at a sickening 17.0 percent.

A whopping 41.9 percent of the currently unemployed -- 6.3 million people -- fall into the "long-term" category -- they've been without jobs for over 27 weeks. In a rational and compassionate world, such numbers might be expected to put some pressure on Republicans unwilling to extend unemployment benefits. But that's not the world we live in.