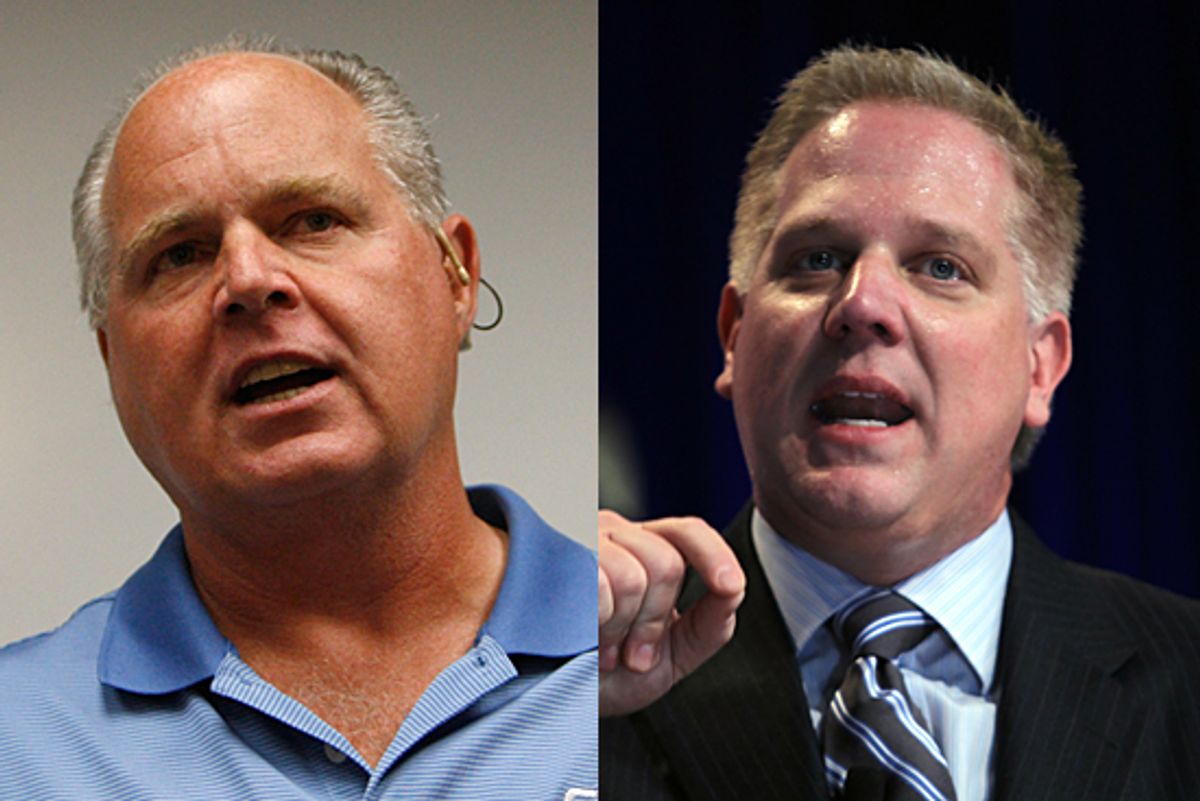 The only newspaper columnists Republican activists actually like are George Will, at No. 10, and human smarm machine Charles Krauthammer, all the way at No. 3, thanks in large part (I assume) to his frequent appearances on Fox and the fact that he has a professional wrestling stage name. (There is also Ann Coulter at No. 9, but she's more of a mascot than a columnist.)

The winners, in order:

It must kill Ann that she's tied with boring old George Will. It looks like "evil" still barely beats out "crazy," too, with Rush beating Beck. And angry trumps stupid, with O'Reilly beating Hannity.

The authors of the survey are slightly dismayed by the news that GOP activists enjoy frothing rage and hysterical conspiracy theories more than coherent arguments. "Worryingly, columnists often regarded as among the most thoughtful conservatives did not fare well." Three people voted for David Frum and 35 people voted for Peggy Noonan.

And what are the GOP's favorite pundits up to, lately? Rush is dialing up the racial rhetoric and attacking American Indians. Glenn Beck is still flagrantly ripping off his worshipful followers. Krauthammer would like us to act a bit more like the KGB and assassinate Julian Assange. Bill O'Reilly is attacking Andy Griffith. Ann Coulter just wrote an astoundingly homophobic column.

So, these are the people we're dealing with.