Is Scott Brown boxed in on DADT? 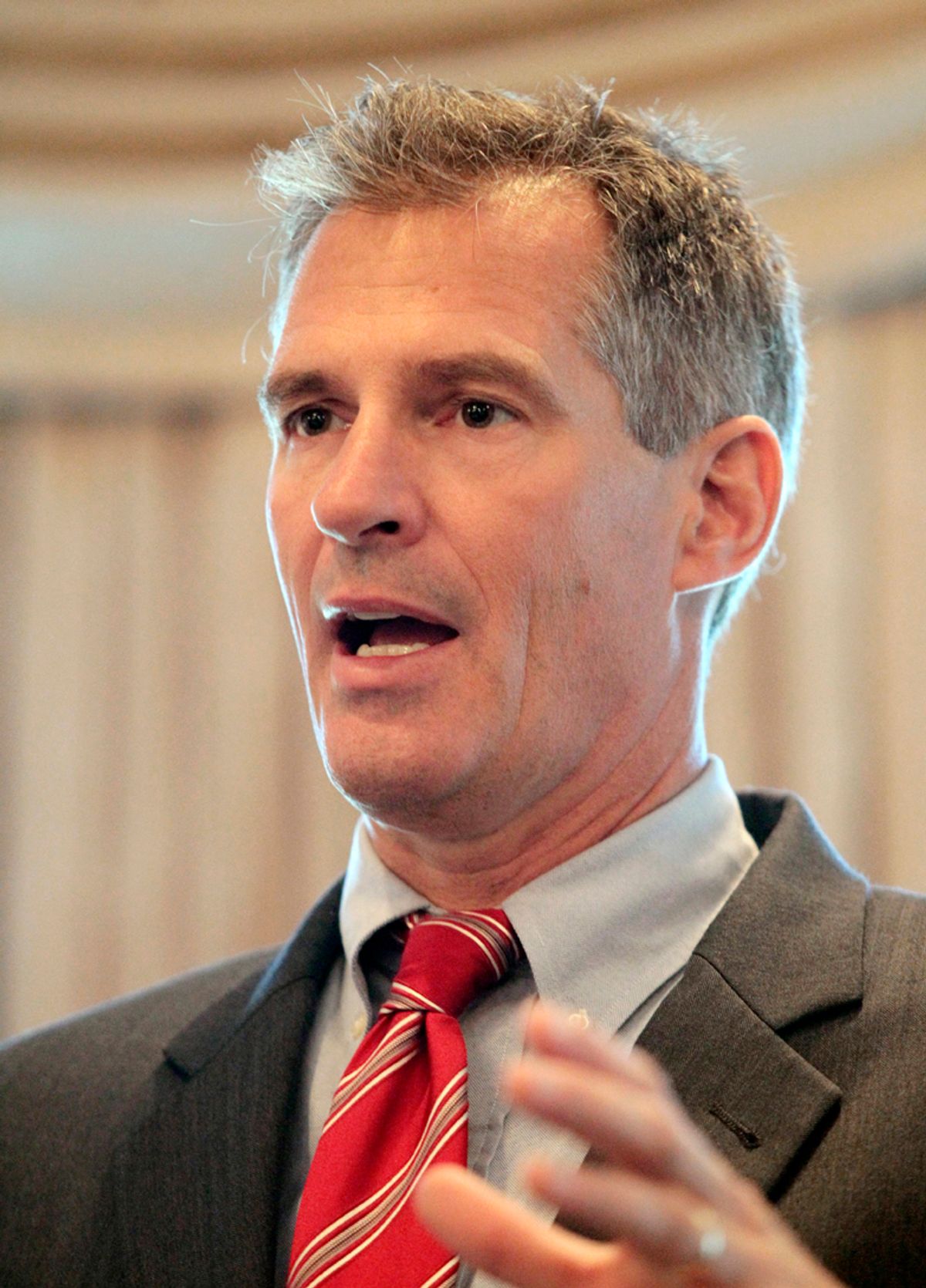 [Updated] Scott Brown said earlier this year that he was opposed to repealing "don't ask, don't tell," but that he would keep an "open mind" when the Pentagon released its report on the subject -- which it finally did earlier this week. Now, Massachusetts' Republican senator seems to be coming around:

"I’ve been to many funerals, unfortunately, in my home state, for those soldiers," Brown, a Massachusetts Republican, told Pentagon leaders at a Senate Armed Services hearing. "And one thing I never asked was: Are they -- are they gay or straight? It never even crossed my mind, to be honest with you. I just wanted to know if they -- if they gave their limb or their life, you know, with pride and with honor for our country.’"

According to his office, Brown will announce his position after the committee's hearings wrap up today, but it seems clear which way he's leaning. If he does opt to support repeal, it won't by itself change much. With Mark Kirk's swearing-in last week, Republicans now have 42 seats in the Senate, so Democrats need two GOP votes to break any filibuster (at least for the next few weeks). But if Brown is willing to buck his party, it could be a sign that the chamber's few other moderate Republicans -- essentially, Susan Collins and Olympia Snowe, and maybe Richard Lugar and the retiring George Voinovich -- are willing to cross over, too. (It's also possible that Brown will take the, "I'm for repealing the policy, but not at this time and in this way" position.) And even if a few of those Republicans do end up voting to kill a filibuster, there's still the matter of conservative Democrats like Ben Nelson and Joe Manchin (both of whom will face reelection in GOP-friendly states in 2012) and Mark Pryor and Blanche Lincoln; some or all of them could conceivably side with the GOP.

It's tempting to think that Brown is boxed in by his own effort to win reelection in '12. Massachusetts, after all, is a strongly Democratic state (he was the first Republican to win a Senate race in the state since 1972) and one of the few where gay marriage is legal (and where, according to polls, voters are generally comfortable with it). By blocking DADT repeal -- a concept that is far less controversial with voters  than gay marriage -- he'd risk offending his home state's culturally liberal sensitivities and handing a '12 challenger a powerful weapon to wield against him.

There's some truth to this, but it's also worth remembering that Massachusetts, while overwhelmingly Democratic, isn't quite as liberal as most outsiders believe. In fact, Brown owes his victory earlier this year to disgruntled Democrats (and functionally Democratic independents) from the state's working/middle-class "white ethnic" enclaves -- areas in and around Fitchburg, Lowell and Brockton, for instance. Culturally, these voters tend to be conservative. Even among these voters, I imagine that getting rid of DADT probably polls well; but they wouldn't rebel against Brown if he came down on the other side.

It's also worth remembering that Brown has already voted to keep DADT alive once, when he sided with the GOP in its filibuster of repeal back in September. And it didn't cost him in the polls at all: A new PPP survey shows that he's one of the most popular senators in the country -- and well-positioned to fend off his most likely '12 foes.

Update: In a statement, Brown confirms that he supports repeal "based on [Defense Secretary Gates'] recommendations that repeal will be implemented only when the battle effectiveness of the forces is assured and proper preparations have been completed." It's still unclear whether this means he'll vote to break a GOP filibuster. He could still join the filibuster on other grounds (We can't tackle this issue until we finalize tax cuts!), while hoping that this statement buys him goodwill in his home state.

Further update: Per Greg Sargent, Brown's press secretary says that the senator "won't support moving the process forward until something is done on taxes and funding the government." So he's going with "I'm for repeal -- but against doing it this way" approach, which should keep him in good stead with his fellow GOP senators and, for the reasons noted above, probably won't hurt him in Massachusetts.