Israel on Iran: So wrong for so long 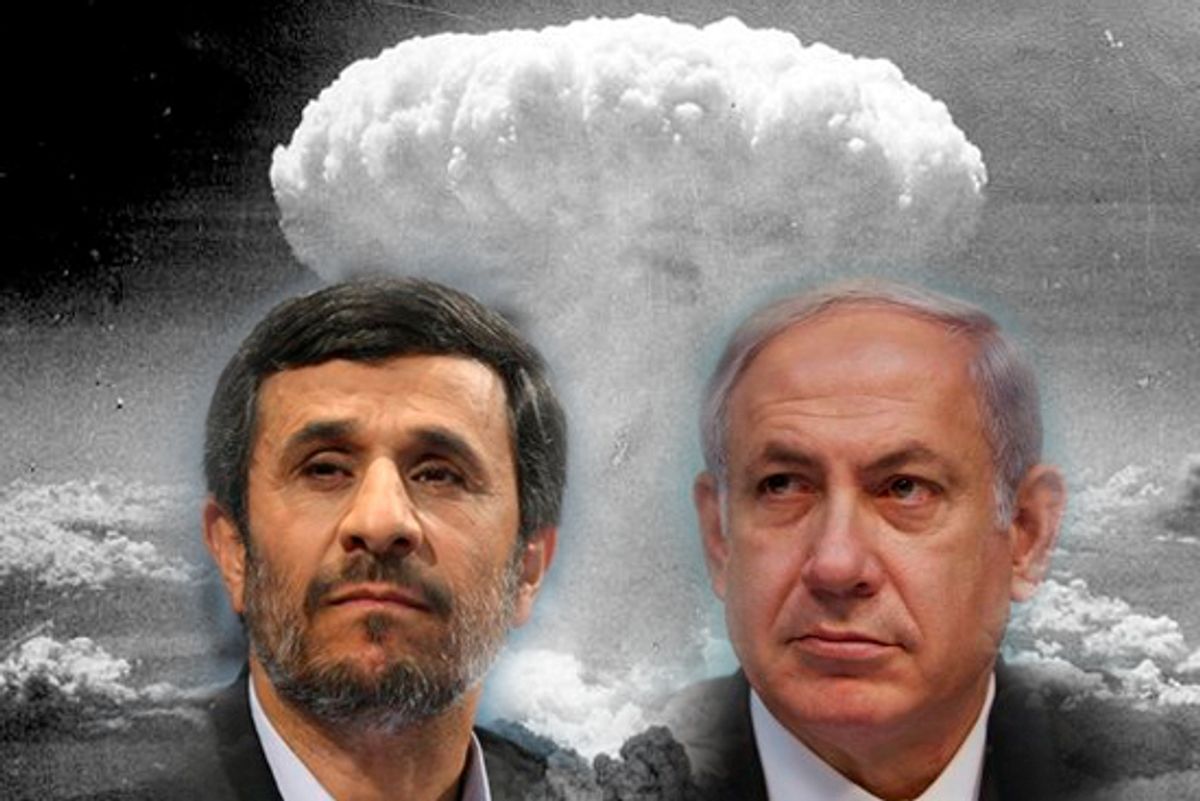 Officials at the U.S. Department of State, we learned from the secret cables released by WikiLeaks last week, have serious questions about the accuracy -- and sincerity -- of Israeli predictions about when Iran will obtain a nuclear weapon. As one State official wrote in response to an Israeli general's November 2009 claim that Iran would have a bomb in one year: "It is unclear if the Israelis firmly believe this or are using worst-case estimates to raise greater urgency from the United States."

So we thought this was as good a time as any to look at the remarkable history of incorrect Israeli predictions about Iran -- especially given that the WikiLeaks trove is being used to argue that an attack on Iran is becoming more likely.

None of this is to say that Iran will not at some point get a nuclear weapon -- though the Iranian government has maintained that its nuclear program is for peaceful purposes. That said, Iran has not fully cooperated with international inspectors. But even assuming that Iran is seeking a nuclear weapon, estimates still vary widely on when it will reach that goal.

So what the below timeline should show us is a few things: making accurate predictions about the future is difficult; the Israelis are almost certainly not always offering good-faith assessments of intelligence on Iran; and reporters and the public should demand evidence for assertions about an Iranian nuclear program, whomever the source. Here we go:

October 1992: "Warning the international community that Iran would be armed with a nuclear bomb by 1999, Peres told France 3 television in October 1992 that 'Iran is the greatest threat [to peace] and greatest problem in the Middle East ... because it seeks the nuclear option while holding a highly dangerous stance of extreme religious militantism.'"

Source: Then-Foreign Minister Shimon Peres in an interview with French TV, as described in the book "

November 1992: "But the Israelis caution that a bigger threat to Middle East serenity -- not to mention their own country's security -- lies in Teheran, whose regime they say is sure to become a nuclear power in a few years unless stopped."

Source: New York Times, "Israel Focuses on the Threat Beyond the Arabs -- in Iran"

January 1995: "Iran is much closer to producing nuclear weapons than previously thought, and could be less than five years away from having an atomic bomb, several senior American and Israeli officials say."

Source: New York Times, "Iran May Be Able to Build an Atomic Bomb in 5 Years, U.S. and Israeli Officials Fear"

1995: "The best estimates at this time place Iran between three and five years away from possessing the prerequisites required for the independent production of nuclear weapons."

Source: Benjamin Netanyahu, in his book "Fighting Terrorism: How Democracies Can Defeat the International Terrorist Network"

November 1999: "Unless the United States pressures Russia to end its military assistance to Iran, the Islamic republic will possess a nuclear capability within five years, a senior Israeli military official said Sunday."

July 2001: "'I mentioned to our friends, the Turkish leadership, that we are more than worried about the very rapid development taking place regarding nuclear weapons,' [Minister of Defense] Binyamin Ben-Eliezer told reporters. 'As far as we know by the year 2005 they [Iran] will, they might, be ready.'"

August 2003: "Iran will have the materials needed to make a nuclear bomb by 2004 and will have an operative nuclear weapons program by 2005, a high-ranking military officer told the Knesset Foreign Affairs and Defense Committee on Monday."

February 2009: "Netanyahu said he did not know for certain how close Iran was to developing a nuclear weapons capability, but that 'our experts' say Iran was probably only one or two years away and that was why they wanted open ended negotiations."

Source: Then-candidate for Prime Minister Benjamin Netanyahu in conversation with an American congressional delegation, as described in a cable released by WikiLeaks

June 2009: Barak estimated a window between 6 and 18 months from now in which stopping Iran from acquiring nuclear weapons might still be viable.

Source: Defense Minister Ehud Barak in conversation with members of Congress, as described in a cable released by WikiLeaks

June 2009: "Unless their programme experiences technical problems, the Iranians will have by 2014 a bomb ready to be used, which would represent a concrete threat for Israel," said [Mossad chief] Meir Dagan.

November 2009: "General Baidatz argued that it would take Iran one year to obtain a nuclear weapon and two and a half years to build an arsenal of three weapons."

Source: Brigadier General Yossi Baidatz, an Israeli military intelligence official, in conversation with an American defense official, as described in a WikiLeaks cable.

September 2010: "The reasoning offered by Israeli decision makers was uncomplicated: Iran is, at most, one to three years away from having a breakout nuclear capability (often understood to be the capacity to assemble more than one missile-ready nuclear device within about three months of deciding to do so)."

Source: Jeffrey Goldberg, reporting the Israeli point of view in a cover story on Iran in the Atlantic