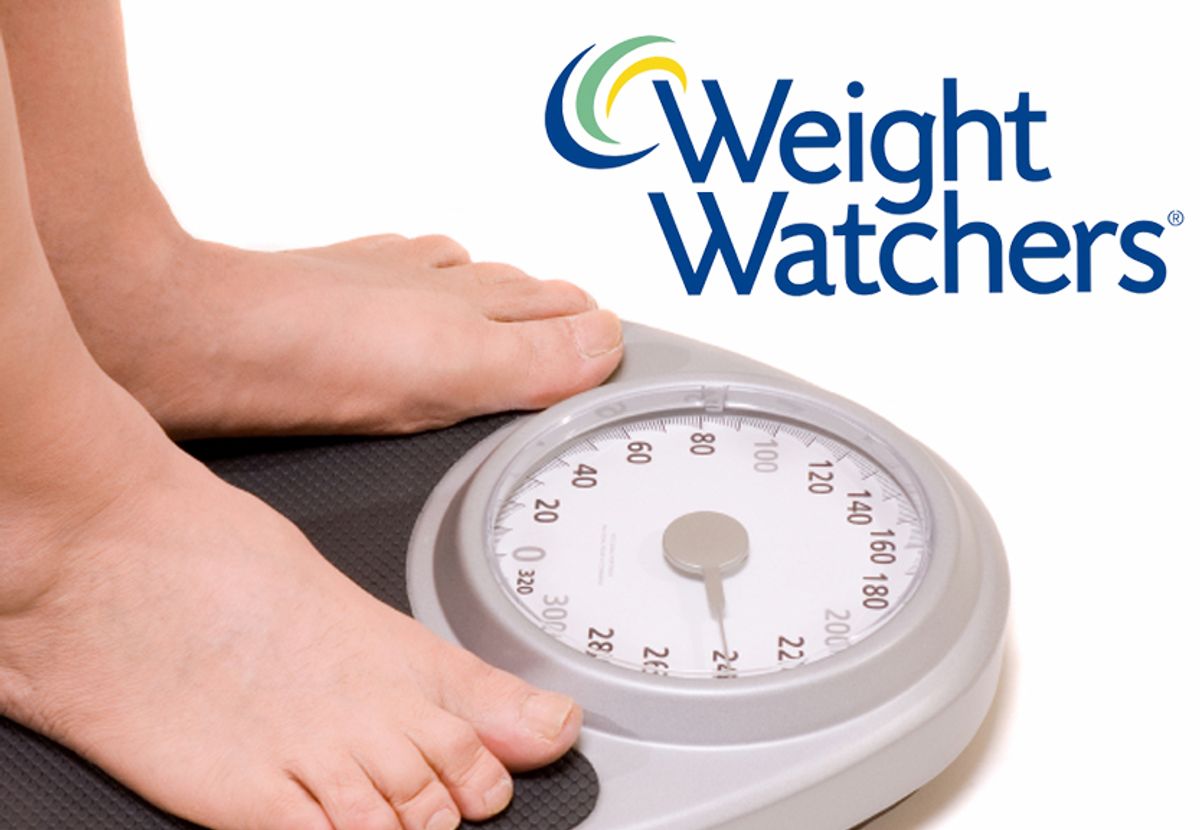 It's just like when they tried to make us learn the metric system all over again. Earlier this month, Weight Watchers revamped its iconic "points" system – and holiday dieters have been scrambling to figure out how to recontextualize their latkes and eggnogs ever since.

In case you've never watched a roommate or dinner companion do the mental math on that bag of Flipz or plate of potatoes Anna, the points system gives foods and their portion sizes a numeric value based not just on calories but also their fat and fiber content. The number of points you get each day depends on your weight and weight loss goals. Weight Watchers has long proudly proclaimed that the program offers optimum flexibility – it's like a budget for your food intake, with plenty of what WW refers to as "treats and extras." For millions of successful dieters, it's been an often breathtakingly real-world, non-judgmental approach.

The new plan still offers wiggle room, with the addition of "a stand for unprocessed food… a stand for fruits and vegetables." As Weight Watchers' chief scientific officer Karen Miller-Kovach told the New York Times this weekend, "Fifteen years ago we said a calorie is a calorie is a calorie. If you ate 100 calories of butter or 100 calories of chicken, it was all the same. Now, we know that is not the case." To that end, new calculations take a food's protein, fiber, carbohydrates and fat into consideration. Fruits and vegetables now get a low or zero points free ride, while processed foods are more dietarily expensive -- and a dieter's total weekly points allotment is higher.

You'd think that a more generous leeway for overall points – and all the apples you can digest -- would be greeted with enthusiasm. But this is America, and you will have to pry the Cinnabons out of our cold, dead heads. As the Times reported, the response to the new system might best be summed up by the Weight Watcher commenter who wrote, "I don’t want to be forced to choose veggies. I do NOT like veggies or fruit." OH THE TYRANNY.

Weight Watchers is generally regarded as one of the one of the safest and most nutritionally balanced plans around. No cayenne pepper and honey. No gorging on Twinkies. Instead, they offer a sensible approach to lifelong eating and fitness habits – even if the points system is often fussy and confusing, even if WW's own line of frozen entrees is mind bogglingly high in sodium  and artificial ingredients. Still, it's laudable that a decade and a half after introducing its original points system, the company would look at the growing obesity epidemic and the deluge of new information we have on nutrition and, as they say, take a stand.

But part of the great attraction of WW for many been its rather lenient relationship to fast food and store-bought cookies. Its open acknowledgement of the nutritional bereftness of certain items, its willingness to encourage members to take it up a notch with the whole foods, would be hard enough any time of year. But doing so in December, the month for which the baby Jesus came to earth to give us candy canes? Aw, that just seems mean.

The rebooted Points Plus has been greeted with confusion and howls of protest. One Weight Watcher told the Times, "I don’t know what I can or can’t enjoy as a treat because I’m not entirely clear." And its community board is currently chock full of commenters complaining they actually gained weight on the new plan this week, like the a member said, "My wife feels lost as to how to fill the points without eating garbage just to make points" and another who wrote, "I've had to eat up so much more to get to points and am more full than I was on Thanksgiving Day."

As with so many things in life, a rigid adherence to strict dogma can really bite you on the butt. And it's a sad statement on how disconnected we are as a culture with the food in front us and the cues our bodies are sending that so many of us don't even know what to do when faced with a party platter of cured meats or a full stomach and a few rollover points at the end of the day. That's not because we're dumb or lazy – it's the result of decades of shrewd peddling from a food industry that has aggressively supersized our platters and dulled our tastebuds with corn syrup.

No wonder we're confounded, nay, outraged when faced with the prospect of near unlimited fruits and vegetables. No wonder we're flummoxed at the notion of what to do when our appetites are sated. Despite the success of a business that put the scary words "Weight" and "Watchers" right in their name, life is about more than either weight or the watching thereof. It has to be. It doesn't matter if you can fit in a size 4 dress and you're doing it on Bugles and wine coolers -- and it's time to acknowledge that.

We have a lifelong relationship with our bodies, and like love, that relationship is healthier when we put good things into it. And like love, sometimes that takes thought and effort. Yet the basic notions of more apples, fewer cookies and stopping when you're full that Weight Watchers are embracing makes a lot of common sense. Common sense is still there in all of us -- right there in our guts next to the Sabor de Soledad -- and if we take the time to respect and listen that wisdom, it will reward us in ways that, unlike a weekly points system, are incalculable.