Those with cancer don't "battle" it, and stopping treatment isn't a defeat 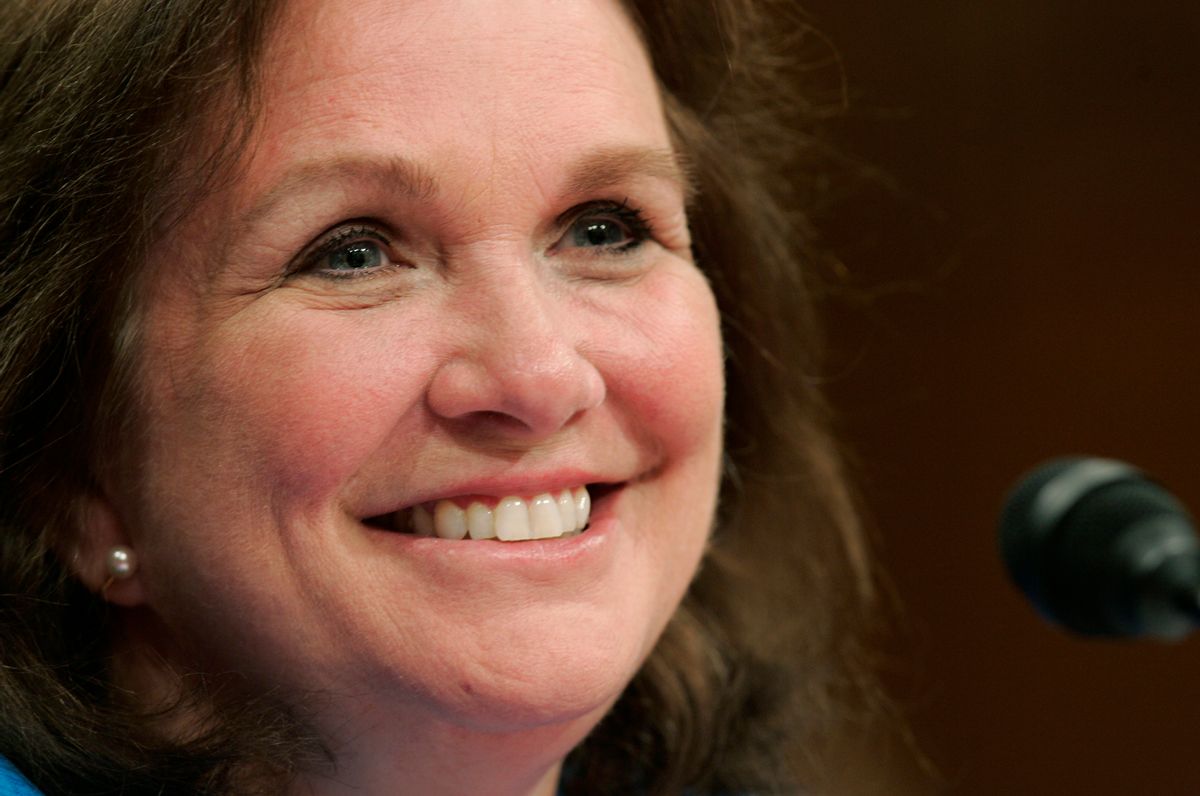 Please don't call it a battle. And please don't say she's losing it. Elizabeth Edwards, 61-year-old author, attorney, estranged wife of John Edwards and one of the most formidably graceful public figures in American politics, is just saying goodbye.

On Monday, Edwards' family issued a statement that her doctors have determined that further treatment for her cancer would "be unproductive." A family friend told the Associated Press that Edwards is "gravely ill" and may only have "a couple of months left to live."

Edwards first went public with her breast cancer diagnosis after her husband's defeated bid for the vice presidency in 2004. After an initially successful course of chemo and treatment, she announced in 2007 that the cancer had returned -- and had spread to her lymph nodes and bones. Three years later, it's now reportedly metastisized to her liver. Without referring directly to her condition, she posted Monday on Facebook:

"You all know that I have been sustained throughout my life by three saving graces – my family, my friends, and a faith in the power of resilience and hope. These graces have carried me through difficult times and they have brought more joy to the good times than I ever could have imagined ... It isn't possible to put into words the love and gratitude I feel to everyone who has and continues to support and inspire me every day. To you I simply say: you know."

We do. Many of us know all too intimately. Coincidentally, on Monday I was on the phone with one of my best friends, talking about these very things. Debbie and I were roommates in college. We were bridesmaids at each other's weddings. We even shared the exact due date with our firstborns. And this year, we have shared something new in common. Three months to the day after my diagnosis of malignant melanoma, she e-mailed me to say she'd been diagnosed with an aggressive form of ovarian cancer. Always such a copycat.

Debbie is embarking now on a strenuous course of chemo, and as we chatted Monday with the easy camaraderie of two old friends who have so much in common -- two kids the same age, an affinity for Pee Wee Herman -- we talked also about the view from inside this strange and scary place. "This changes who you are," I said. "It makes you have to change how you think of yourself."

"I don't want to be Cancer Lady. I don't want to be the bald lady people feel sorry for," she replied. I told her how after my head surgery I had to wear a scarf for almost four months, how I hated feeling like I was wearing my disease on the outside for all the world to see. And we agreed that we have both completely burned out on people telling us that we could "fight" this thing, that we were "battling" our cancers. "I'm afraid I'll be disappointing everybody so much if I 'lose' and it comes back," I said. "But we're all going to die. So what does winning look like? You live forever?" In the meantime, I'll save my battles for AT&T customer service.

Many of the millions of us who have faced that world-shaking phone call from the doctor, who have had our cells riot into mutiny, who have sat in hospital rooms with children and grandmothers and athletic young men arguing on the phone with their insurance companies, do indeed consider ourselves a pretty feisty lot. There are days during the recovery process where just getting out of bed, just sitting upright, can make one feel like Henry V at Agincourt. And I have a very special admiration for every member of this terrifying club.

But the tired metaphor of battle reduces the experience of cancer to one of agonizing struggle. It makes enemies of our bodies, and suggests that when, as Elizabeth Edwards has, one chooses to end treatment, one has waved a white flag of surrender. I doubt Edwards views it that way. She wrote Monday,

"The days of our lives, for all of us, are numbered. We know that. And, yes, there are certainly times when we aren't able to muster as much strength and patience as we would like. It's called being human. I have found that in the simple act of living with hope, and in the daily effort to have a positive impact in the world, the days I do have are made all the more meaningful and precious. And for that I am grateful. "

Elizabeth Edwards has lived a life of pain and loss and betrayal -- and through those things she always found the gifts of kindness and happiness. It's in the hardest experiences in our lives that we frequently find out how much we're loved, and exactly what we're made of. They give us moments of unsurpassed joy, and the deepest of appreciation for the spectacular gift of every day. For many of us, life is not a battlefield. It's a celebration. And with her poise, wisdom, and, to use her own incredibly apt word, resilience, Elizabeth Edwards continues to prove that you don't have to be a fighter to be every inch a victor.