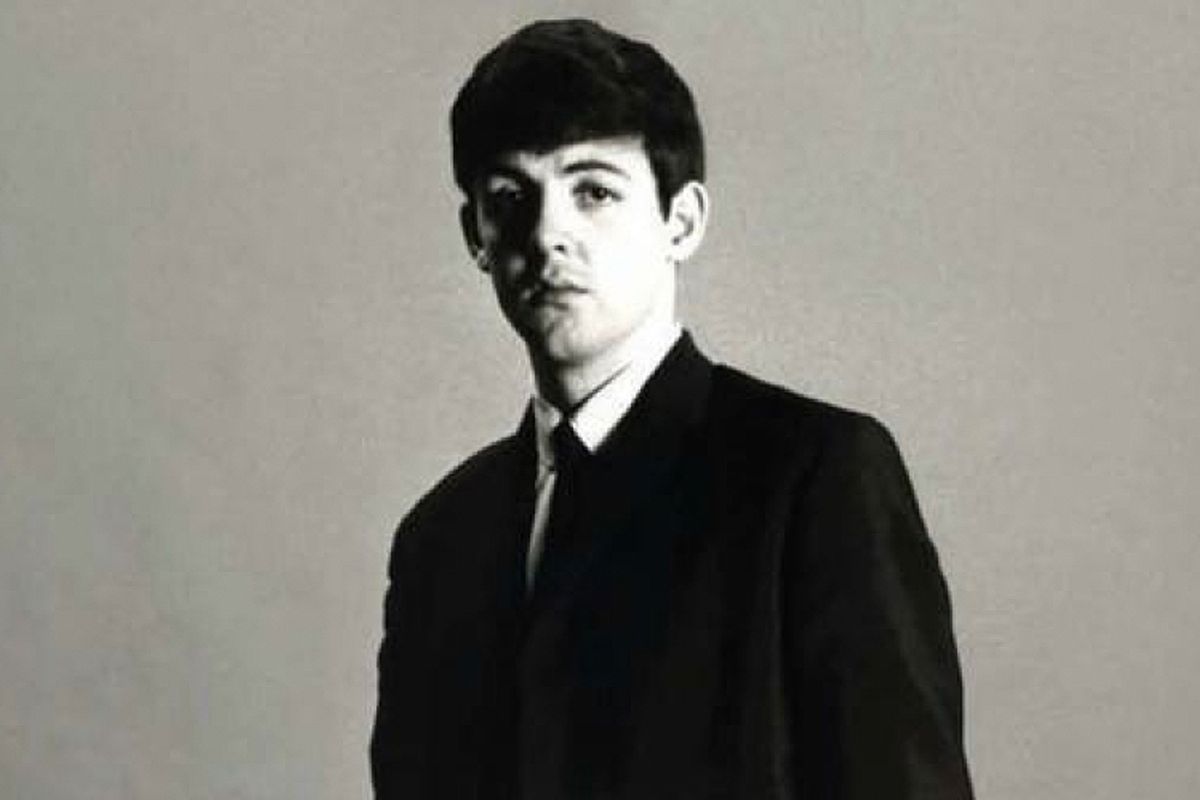 Cover detail from "Fab: An Intimate Life of Paul McCartney"
--

With Barry Miles' "Paul McCartney: Many Years From Now" (1997, 720 pages), Peter Carlin's "Paul McCartney: A Life" (2009, just under 400 pages), and enough Beatles histories and anthologies to fill a small library, Paul McCartney is already qualified for the unofficial title of "Most Uninteresting Person Ever to Inspire a Mountain of Literature." If there was any doubt, Howard Sounes' "Fab: An Intimate Life of Paul McCartney," which clocks in at 634 pages, must have put Paul way over the top.

I'm not going to pretend that I've read everything or even most of what has been written about McCartney; from what I have read, Sounes' book is easily the best. For one thing, he can write. He has published serviceable biographies of Bob Dylan ("Down the Highway") and Charles Bukowski ("Locked in the Arms of a Crazy Life") as well as "The Wicked Game: Arnold Palmer, Jack Nicklaus, Tiger Woods and the Story of Modern Golf." For another, Sounes has a proper appreciation of how much sleaze is needed in a book about any pop idol; I would bet that the number of pages given to McCartney's flings with mistresses and groupies trumps those in all other bios combined. (And believe me, when you're fighting your way through countless thousands of words on interpretations of song lyrics and record sales, the sex is a much-needed break.) Finally, "Fab" is, unlike some other McCartney books, entirely unauthorized, yet another thing working in its favor.

Unfortunately, "Fab" has some major things working against it, most obviously whether even the most devoted fan wants to read another book -- even the best book -- about McCartney. Another problem is how one can be a genuine biographer and, at the same time, an honest critic and pretend that virtually all of McCartney's music after splitting with the Beatles isn't sheer dreck. Sounes deals with that problem admirably: He doesn't pretend to like most of McCartney's post-Beatles music. But since the Beatles years end on Page 267, there's an awful lot of bad music to be covered, and he covers it in excruciating detail.

To back up for a moment, Sounes is quite good on Paul's childhood years, his Liverpool working-class background, and his early associations with the other future Beatles. I found some charming details I had never seen before, such as this from George Harrison: "I discovered that he had a trumpet and he found out I had a guitar, and we got together. I was about thirteen. [Paul] was probably late thirteen or fourteen. He was always nine months older than me. Even now, after all these years, he is still nine months older!"

Except for the death of his mother when he was 14, McCartney's youth was distressingly smooth; a few John Lennon-like complications might have made for livelier reading. (His mother inspired many of his songs, most notably "Let It Be.")

The rise to superstardom is presented here, as it has been everywhere else, as meteoric and dizzying. Sounes doesn't have much to add to the story except to tell with a bit more pizazz of  "the pure, innocent joy of making music and seeing it successful." One morning in the spring of 1963, Paul awoke at home in Liverpool to "hear the milkman coming up the garden path whistling a familiar tune, 'From Me to You.' It was the moment that Paul felt he had made it."

It's all pleasant reading, but you probably know where it's all going. If you do, you might wonder why you're going there again, and if you don't you might wonder what all the fuss is really about. Sounes' biggest weakness in telling the story is his inability to give us a fresh focus on the other Beatles: John seems beyond his ken, George is a bit of a dim bulb, and Ringo, the bane of all Beatles biographers, is simply a cipher. Most of the women in Paul's life don't come off well either, Linda Eastman in particular, who "notched up approximately twenty lovers" over a two-year span, "most of whom were famous, including singers Tim Buckley and Jim Morrison." (One must at least give her credit for a musical range at least the equal of Paul's.)

Inevitably, Yoko makes her entrance, the boys split, and Paul's long, dreary stint with Wings and then as a solo artist begins. If this music be your food of love, this is your meat; if not, put on a pot of coffee. Sounes goes to tortuous length to try to make this music interesting. On "Band on the Run," "Forced to remember his songs after muggers stole his demo tapes, Paul laid down a series of minor classics." (I wish the muggers had returned to the scene of the crime.)

The most interesting part of the post-Beatles years occurs just before and after John Lennon's death. On their last meeting: "The next night Paul dropped by the Dakota again. This time he met a less positive reception. As is often the way with men who have known each other as boys, then drifted apart, picking up an old friendship can be difficult." In the last years before Lennon died, the two had little to talk about. Sounes feels that Lennon may have been "a tad jealous of Wings’ success" -- not to say the music, just the success.

Nonetheless, McCartney wept on the morning of Dec. 9, 1980, when a call from his manager informed him that Lennon had been murdered and again when Yoko called to tell him. That, it turns out, is the best side of Paul McCartney, and there's nearly 300 pages to go. There's plenty of tedious detail about what a wretched boss Paul could be as well as a shrewd businessman, but the music itself no longer holds you, so the narrative inevitably begins to wind down.

Ultimately, the movie producer Lord David Puttnam probably makes the most accurate assessment in comparing McCartney with the director Ridley Scott: "both men of immense, immense, immense talent who on their deathbed are likely to look back on their career with some satisfaction, but with some dissatisfaction, in that I'm not sure that either of them -- Ridley and Paul, both very wealthy and everything -- I'm not sure either of them has absolutely delivered what was in them." According to Sounes, Puttnam believes that "in the years since the Beatles, Paul has not been able to summon the crucial extra effort -- he quantifies this an additional 15 per cent -- required to transform good work into something exceptional."

It's hard to believe that Putnam's judgment isn't Sounes' as well, which leads the reader down a long and winding road and leaves us wondering whether a book that is done very well was really worth doing at all.