Nobody represents the American people

No matter which party runs Washington, only minor, marginal reforms ever take place 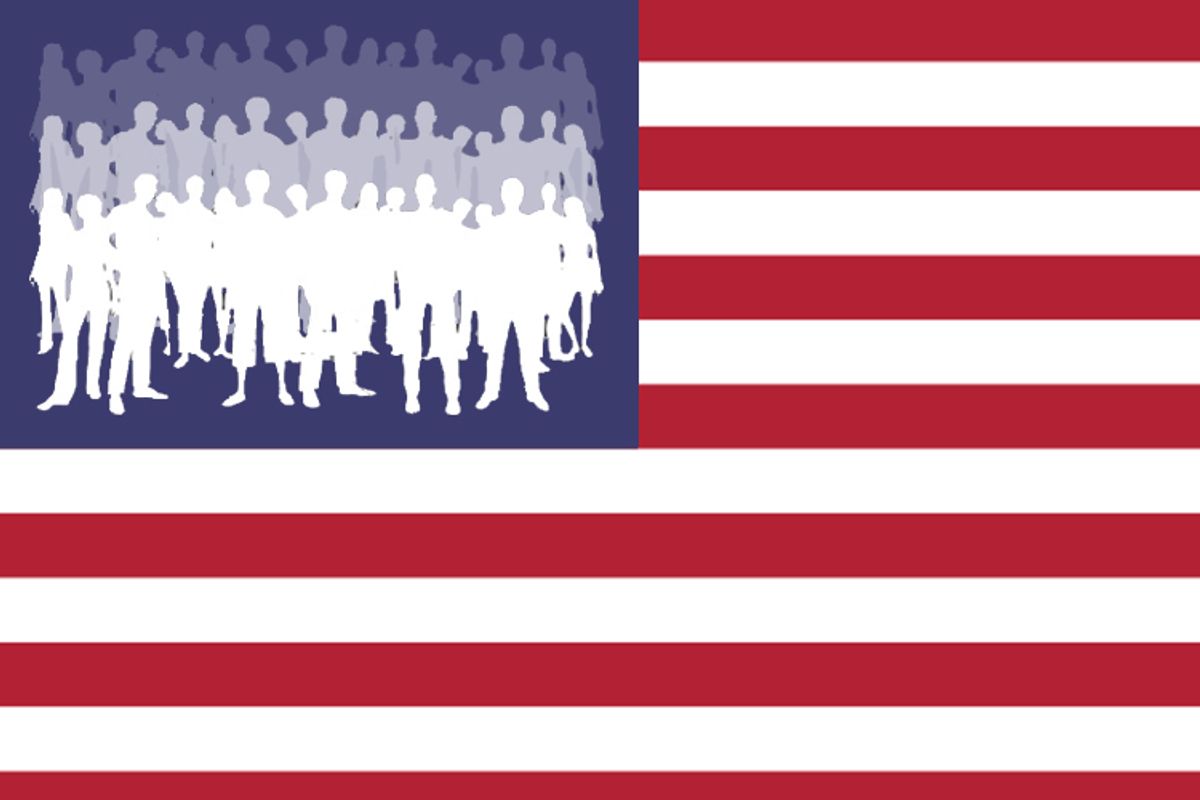 The disconnect between the actions of the government and public opinion is the central fact of American politics today. It doesn’t seem to matter whether liberal Democrats or conservative Republicans are in power. Only minor, marginal reforms ever take place. The basic outlines of American economic policy and foreign policy remain the same, even as Congress and the White House change hands. The changes promised by progressive Democrats and Tea Party Republicans are quickly discarded after the elections.

The changes that do take place are often the opposite of those that majorities of Americans want. Most Americans want Social Security to be strengthened and American manufacturing protected. But the conversation among elites inside the Beltway-New York bubble is about cutting Social Security and more one-sided "free trade" deals with mercantilist nations that, unlike the U.S., protect and promote their domestic industries.

Many Americans have come to the conclusion that nobody represents them in Washington anymore. They are right.

This situation is not the result of a sinister conspiracy by a single, unitary, all-powerful and diabolical elite. The origins of the disconnect are structural. The mass membership organizations that once represented ordinary Americans at the state and national level have been replaced by elite organizations that raise their money from a small number of billionaires rather than hundreds of thousands or millions of dues-paying members.

Mass membership organizations were important in the nonprofit sector as well. Local chapters of organizations like the United Way were part of state and national federations.

In the last half-century, as scholars like Robert Putnam have shown, these civic armies have more or less collapsed and have been replaced by small, elite organizations that specialize in raising money from a shrinking number of Americans who monopolize a growing share of the gains from national economic growth. This is as true on the political left as on the political right.

The national parties have long since ceased to be healthy mass membership federations. The national and state parties have been reduced to shells. Most Democratic and Republican politicians are independent entrepreneurs, raising as much money as they can on their own. Like the bank robber Willie Sutton, they go to where the money is. It is more efficient to get a few big checks from billionaires and industry lobbies than lots of little donations.

The parties don’t even bother to recruit non-plutocratic members anymore. I have been contacted by the Democratic Party precisely once in my life. Twenty years ago I received an invitation to buy a seat at a fundraiser for $1,500. Clearly the invitation was a mistake, and I have never received any direct mail or phone calls from the Democratic Party again. I have never received any solicitations from the Republican Party, either. Clearly I don’t make enough money to be of interest to the two parties.

The unions, like the parties, were once mass membership organizations that transmitted the demands of ordinary Americans upward to national elites. No longer. Government and business working together since Reagan have crushed organized labor in the U.S. Fewer than 10 percent of private-sector workers belong to unions. Most union members are public-sector employees, who make easy targets for the faux populists of the right.

Mass membership charities, too, seem to have gone the way of the dinosaurs. Do any children still collect money for UNICEF on Halloween? The siphoning of more and more national wealth to ever fewer people makes that kind of approach anachronistic. Why bother with a March of Dimes-style campaign, when you could get the same amount from one check by Bill Gates or Warren Buffett?

The nonprofit advocacy sector is bigger than ever, but it is chiefly funded by rich individuals in a few coastal cities as well as large donor foundations. Progressives complain that the Tea Party movement is an “astroturf” movement -- that is, a simulacrum of a genuine grass-roots movement. But practically all progressive environmental or social campaigns are astroturf movements, too. They may do work in Albuquerque or Oshkosh, but if their money is coming from New York or San Francisco or Los Angeles rather than from local membership dues, they are pure astroturf.

We should not idealize the mass membership movements of the past. The old party machines were notoriously corrupt. Unions were often racist and in league with organized crime. And local civic organizations were often snobbish and clique-ridden.

The point is that the existence of these mass membership organizations, along with dues-paying charitable organizations, served as transmission belts bringing demands and values up from ordinary people in local communities to politicians and policymakers at the state and local level. These institutions complemented elections and made electoral democracy work.

If you keep elections but get rid of mass membership organizations, then democracy breaks down, as it has in the U.S. Contemporary American politicians interact with ordinary Americans only at the polls. The politicians do not need the money of ordinary people, as it is easier to raise large sums from rich people and lobbies. And between elections, the advocacy groups of the left and right that meet with politicians and their staffs are usually funded by the rich and large foundations, rather than dues-paying members.

In this new institutional environment, it is only natural that more and more elected officials should pay attention to the rich few who pay for their campaigns and for the advocacy groups that present them with proposals and platforms. Campaigning for office becomes an exercise in telling ordinary voters of the left, right or center what they want to hear and then ignoring them until the next campaign.

Having lost the old mass membership organizations that once represented them in state and national politics, alienated Americans in recent years have found leaders among preachers and media demagogues. This explains why the influence of African-American preachers like Jesse Jackson and Al Sharpton and white evangelical preachers like Pat Robertson and Jerry Falwell rose in the 1980s and 1990s, even as religious belief in the U.S. population steadily declined. The churches were, and are, the last mass membership organizations in the U.S. And politicized local congregations have taken it upon themselves to get their members to the polls -- a function once performed by local party machines who ensured that the party faithful would vote “early and often.”

The renaissance of the churches in politics, however, appears to be over, perhaps because regular church attendance is dropping, even among Americans who claim religious beliefs. The preachers are being replaced by media figures. The grandchildren of the Americans of 1950, who took their cues from local politicians or local union officials or civic leaders, now look for guidance to Glenn Beck or Jon Stewart. But the flash mobs that Beck and Stewart produced on the Mall in Washington are no substitute for member-based organizations. Politicians have no incentive to pay any attention to one-off media events that replace sustained campaigns.

If this analysis is correct, then the crisis of American politics is not a matter of finding this or that philosopher-king to run for office. In the present environment of organizational weakness and plutocratic power, it is not clear that leaders as great as Lincoln or Franklin Roosevelt would be able to get things done.

If America is to be rescued, the American people must be mobilized. But in today's America, the money is mobilized and the people are not.