On taxes, Obama's last stand is no stand at all

Why the president's deal with Republicans is an abomination 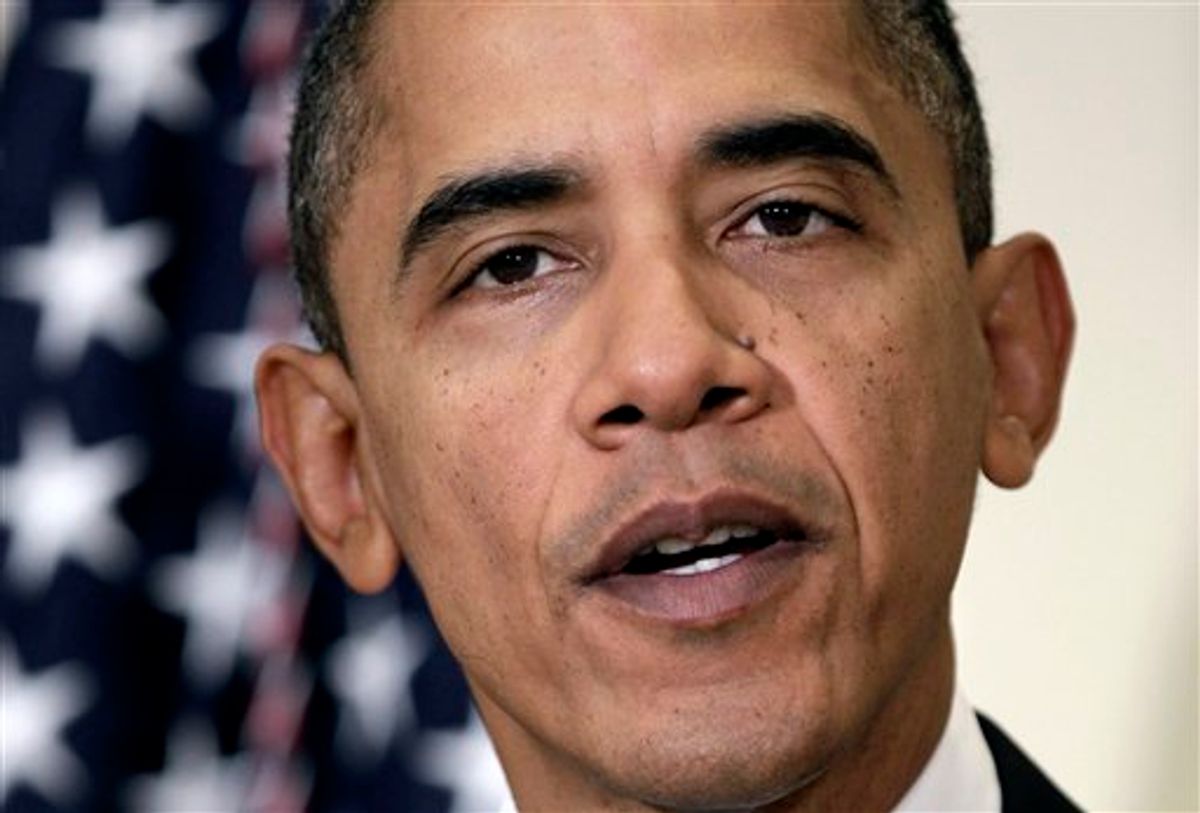 FILE - In this Nov. 5, 2010, file photo President Barack Obama talks about U.S. jobs during at White House in Washington. It seems Washington is all ears these days. President Barack Obama says he'll take a great idea to fix the economy anywhere he hears it. The Republican leaders in Congress can't say enough how determined they are to "listen to the American people." (AP Photo/J. Scott Applewhite, File) (AP)
--

The deal the President struck with Republican leaders is an abomination.

It makes a mockery of deficit reduction. Worse, the lion’s share of that $900 billion will go to the very rich. Families with incomes of over $1 million will reap an average of about $70,000, while middle-class families earning $50,000 a year will get an average of around $1,500. In addition, the deal just about eviscerates the estate tax -- yanking the exemption up to $5 million per person and a maximum rate of 35 percent.

Wealthy families won’t spend nearly as large a share of what they get out of this deal as will middle-class and working-class families, so it doesn’t do much to stimulate the economy.

The deal further concentrates income and wealth in America -- when it’s already more concentrated than at any time in the last 80 years.

The bits and pieces the President got in return -- extended unemployment benefits, a continuation of certain small tax benefits for the middle class -- are peanuts. After last week’s awful jobs report, Senate Republicans would have been forced to extend unemployment insurance anyway.

It’s politically nuts. Polls showed most Americans are against extending the Bush tax cuts for the wealthy.

It loses him even more of his “base” -- by which I mean people who think of themselves as Democrats and are committed to the ideal of equal opportunity and don’t want the nation to become even more of a plutocracy.

It makes him look weak -- Republicans got everything they wanted. And when a President looks weak, he is weak.

House and Senate Democrats should reject this abomination.

The President should get himself new advisors.