"Blue Valentine" is the latest drama to face an MPAA death sentence. It's time to fix a system that never worked 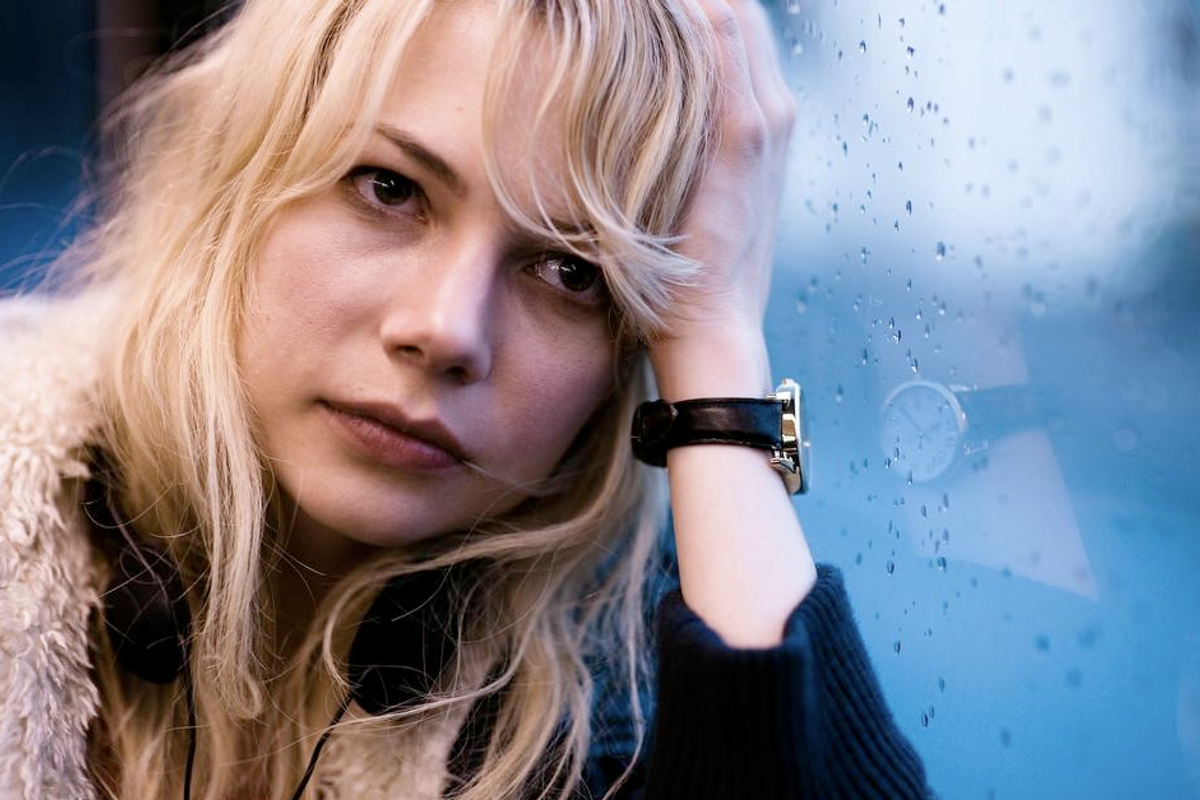 Things generally move swiftly in Hollywood. Promising new television series are canceled after two episodes. Much-hyped A-list movies are made or broken with their opening weekends. And yet, a ludicrous, worthless film rating that has been broken almost from the start has endured for 20 years.

The NC-17 -- or really, threat of it -- exists mainly to spook filmmakers into trimming a blurred glimpse of penis so that the studios won't lose those lucrative teen dollars and shut themselves out of contention for major awards. Its latest hapless would-be victim is "Blue Valentine," the Ryan Gosling and Michelle Williams romantic drama that's been generating breathless buzz since it debuted at Sundance last winter. Two Oscar-nominated stars, promising young writer director Derek Cianfrance, an angsty-sexy tale of marital discord – it all seemed like art-house money in the bank. Then the MPAA slapped it with its scarlet letters, supposedly based on a few moments of Gosling's character performing some anguished cunnilingus on his wife, a scene that doesn't even depict nudity. Unclean!

Now the filmmakers are scrambling their pants off to reverse the decision before the film's Dec. 31 opening date, and the inevitable chorus of complaints about double standards and moral hypocrisy are in full swing. Harvey Weinstein is appealing the decision, and has taken out full-page ads telling Motion Picture Academy members, "Before the MPAA makes their decision, MAKE YOURS." There's now a petition against the rating on the film's website.

Several observers, including the L.A. Times  and PopEater,  have pointed out that the same act in question is depicted in the acclaimed, successful R-rated "Black Swan."  Is it because the "Black Swan" scene involves two ladies -- and who's going to stand in the way of Mila Kunis and some girl-on-girl oral? And then there's the inevitable -- and legitimate -- criticism that violence seems to get a far wider berth than an occasional nipple or sex act ever does.

With an NC-17 rating, "Black Swan" would likely never have made it to your local multiplex, right beside the 6:40 showing of "Tangled." It would probably have been doomed right out of Oscar contention. The stakes are high, and the taint of that rating is profound. An irate Ryan Gosling told CNN this week the label was "inappropriate," saying, "You go see films and the guys are getting their arms and their legs cut off and that's an R rating, but ... if it's in the direction of a woman receiving pleasure, and she's complicit in a sexual act, it's pornographic." Michelle Williams concurred, "There's nothing sort of tawdry or salacious or pornographic at all about it."

But the pathetic thing in all of this, all the outrage and petitioning, is that NC-17 wasn't supposed to be a bad thing. It was created precisely to distinguish between pornography and plain old grown-up fare.

Before NC-17, any movie with adult content strong enough for the ratings board to determine unsuitable for kids was given an X. It didn't matter if it was "Debbie Does Dallas" or "Midnight Cowboy" or "Last Tango in Paris." Eventually distributors of intelligent, dark and frequently intense movies were finding themselves in -- what do you know? -- exactly the same pickle we are today. By the time "Henry: Portrait of a Serial Killer" and "The Cook, the Thief, His Wife and Her Lover" were released unrated rather than submit to the MPAA's dirty little X, the call had gone out for something new.

I was a young peon at Sony Pictures when NC-17 was introduced in 1990. I remember some people in the industry believing this was going to change things. "Henry & June," the first film to wear the NC-17, received an Oscar nomination for its cinematography. And that was the last NC-17 to do so.

In the ensuing years, NC-17 has simply become the new X -- a box-office death sentence and awards shutout. It was supposed to signify adult content, and not "adult" in the wink-wink way -- except maybe when we talk about the NC-17 delights of "Showgirls." It was supposed to be a way of telling audiences that just because something is not suitable for children doesn't mean it's bad or filthy or wrong. We were not supposed to, 20 years later, still be flailing around over the stigma of not getting an R. It wasn't supposed to be an insult. And guys like Harvey Weinstein weren't supposed to be scared of it.

Though he disagrees with the label, "Blue Valentine" director Derek Cianfrance told the Wall Street Journal last week, "It's a great compliment to the film that they gave it that NC-17 rating, because they didn’t give it for what they saw, they gave it for what they felt, and that talks to the power of the performances ... That’s great acting, you know, and it's as if the ratings board is saying, no, it’s too good, dial it back a couple of notches." Well, it should be a compliment -- but it's not. Instead it's almost funny that a designation designed to prove that the industry understands adult fare is in such utter shambles. We're long overdue for the MPAA to grow up and come up with one that actually does work.