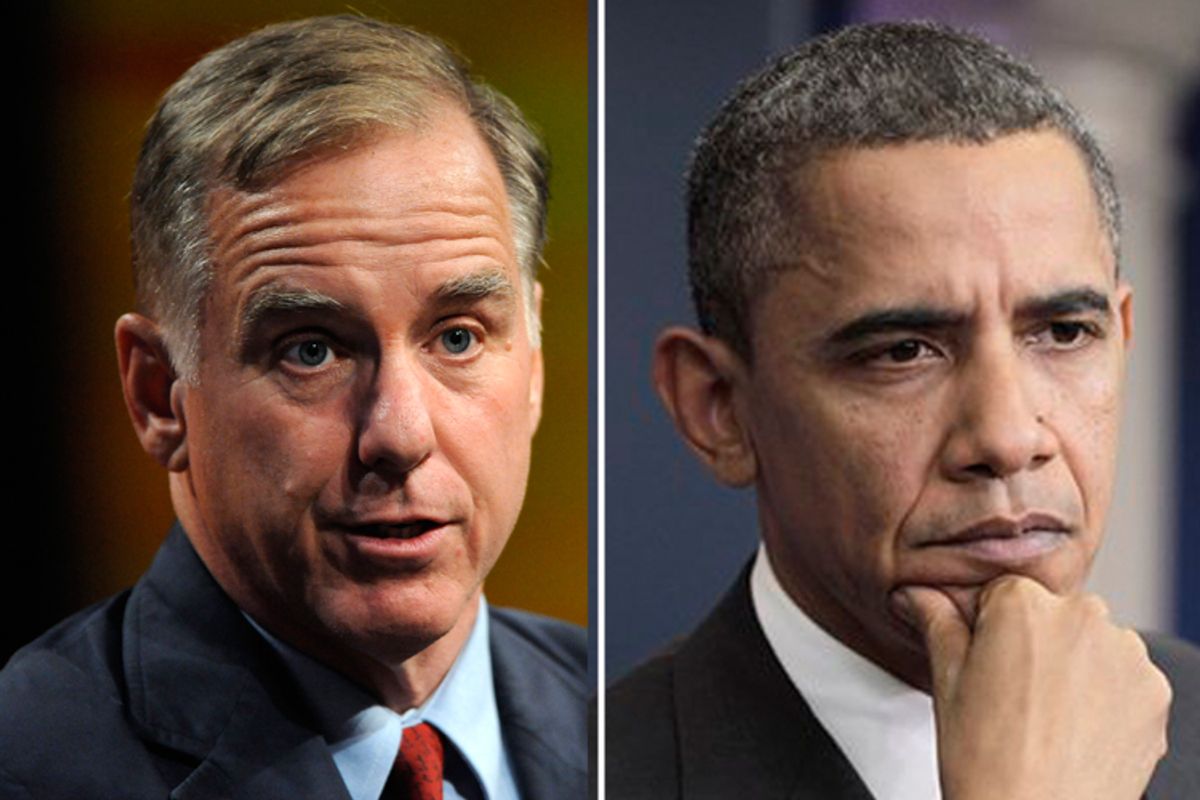 Matt Bai has written -- and the New York Times has published! -- the most pointless piece of fantastical political "analysis" since ... the last Matt Bai piece, I guess. The idea is that there is serious talk among liberals of supporting a primary challenge against Barack Obama, and the only problem with the otherwise flawless story is that that it is not true, and so it is a gigantic waste of everyone's time.

While Matt Bai and his editors would certainly welcome a serious primary campaign against the president, because it would be fun to report on, the fact is that Bai has built this entire piece around some blog posts. You know you're reading a really great piece of professional political analysis when the thesis is refuted in the first sentence of the second paragraph. "The idea seems to have little momentum for now," Bai explains, but then for some reason he continued writing instead of shutting down his MacBook Air and going outside for a nice walk or something.

Here's a sentence that I really just want to forward to the Times Public Editor along with a demand for an apology:

In 1960, the hipster John F. Kennedy represented for liberals something similar to what Mr. Obama embodied as a candidate; two years later, the writer Norman Mailer acidly concluded that Kennedy stood for nothing but the pursuit of power, "without light or principle."

I really have a much better understanding of the situation now, thanks to that really good historical example. Thanks, Matt Bai.

As Steve Kornacki explained this morning, Barack Obama's coalition still loves him and he's in fine shape for reelection. Ben Smith -- who writes for Politico, the newspaper that is designed solely to accommodate this sort of fact-lite speculative parlor-game analysis -- destroys the column in two paragraphs:

Meanwhile the most serious candidates, Howard Dean and Russ Feingold, aren't going to do it.

The underlying fact here is that it's very hard to imagine a primary from the left that has almost no support from the African-American voters who are the heart of the anti-war, pro-government left wing of the Democratic Party. And with his numbers at 90% among African-Americans -- and over 80% among liberal Democrats -- there's just no space for that challenge.

Of course, Matt Bai is not a complete idiot. He knows full well that a credible primary challenge from the left is very unlikely. He just wrote this piece because he thinks it would be totally awesome if that did happen. It is like a writer for the Times Science section turning in a piece headlined, "Maybe aliens will give us Warp Drive technology next year, that would be cool." Save it for your Tumblr, Matt.