You'd never know it from cable news, but the average liberal Democrat actually likes the job the president is doing 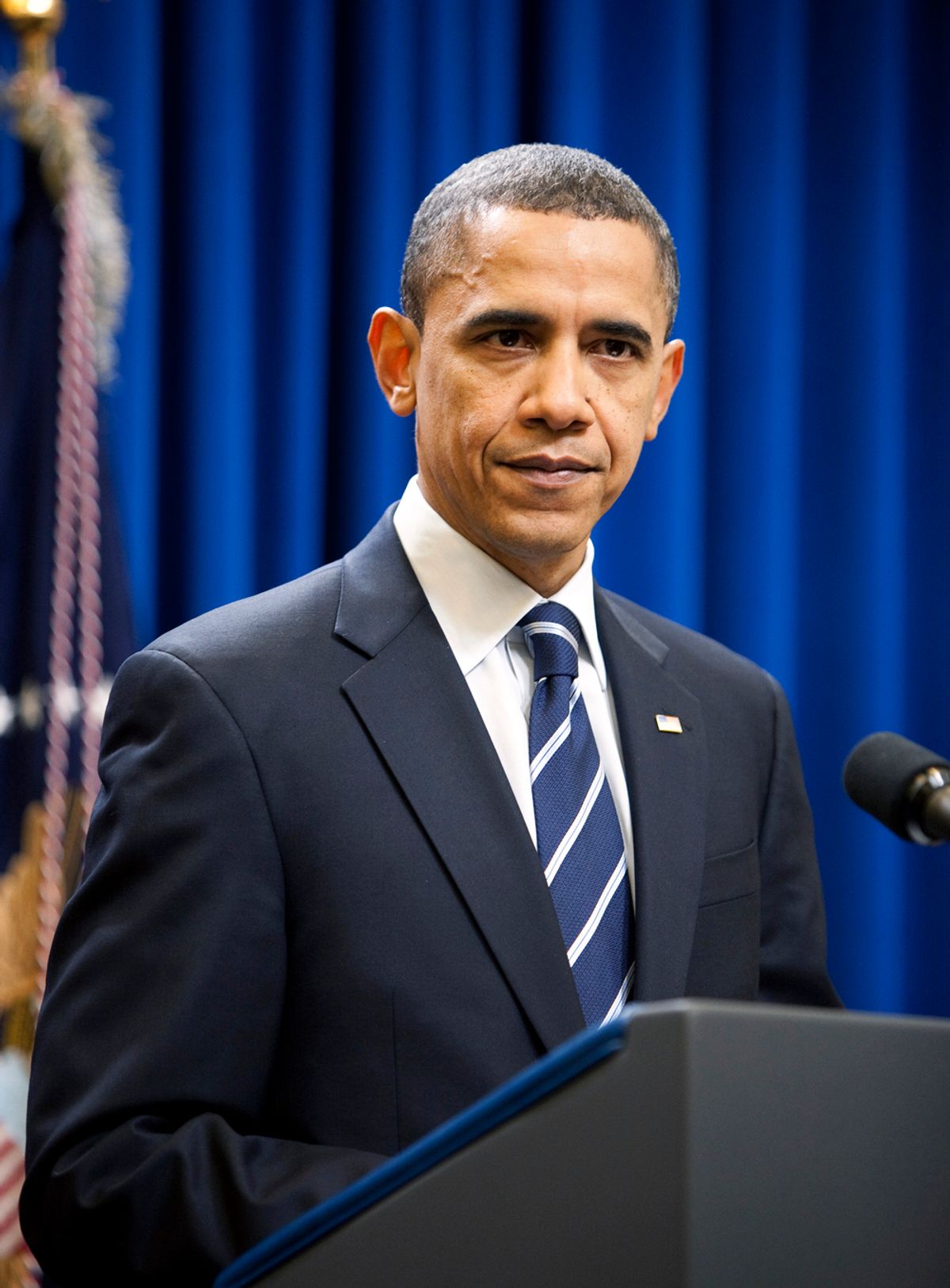 Everyone knows that progressives have been growing increasingly disillusioned with Barack Obama since, well ... even before he took office. He's compromised too much, fought too little, sold out on one big issue after another, and fallen horribly, tragically short of the transformational goals that defined his 2008 campaign.

And now that he's gone and cut a deal with Mitch McConnell (of all people!) to keep the Bush tax cuts in place for the wealthiest Americans for the next two years (at least), the left's anger is louder than ever.  No wonder Time's Mark Halperin says the president's base is "shattered." And no wonder the media is filled with speculation about a potential challenge to the president in the 2012 Democratic primaries. Really, has there ever been a president who's succeeded so thoroughly in taking the very people who put him in office and turning them against him?

It's a fun topic for cable news and the blogosphere, where liberal commentators and activists routinely brand the president a Judas and threaten to support a primary challenger in 2012. And it's a fun topic in the "mainstream media," which takes all of this racket as confirmation that Obama is rapidly losing -- or has already lost -- his base.

There's just one problem: The premise on which all of this is based is totally and completely wrong. Liberal commentators and activists and interest group leaders may be seething over Obama, but their rage has not trickled down to the Democratic voters (and, in particular, the Democratic voters who identify themselves as liberals), even though they've been venting their grief for the better part of two years.

As I noted earlier this week, Obama's approval rating among Democrats has held steady at or near the 80 percent level throughout all of the turmoil of 2010. This puts him in as strong a position with his own party's voters as any modern president has been at this same point in his presidency (with the exception of George W. Bush, whose numbers remained unusually high for well over a year after 9/11). Look closer and you'll also find that Obama's approval rating among Democrats is actually highest among those who call themselves liberals -- an 83 percent score in  the most recent round of Gallup polling, completed a few days ago. Among moderate Democrats, he clocks in at 75 percent, and among conservative Democrats, 69 percent. Again, these numbers have more or less held steady all year. To the extent Obama has a serious problem with Democrats, then, it's with those who are on the right, not the left. This is hardly what you'd expect for a president who, according to the dominant narrative, has spent his presidency poking a stick in the left's eye by cutting deals with conservative Democrats and Republicans.

Obama, in other words, seems to have developed his own silent majority. Rank-and-file liberal Democrats may not agree with everything he has done, but they do not share the sense of abandonment and betrayal that has defined liberal commentary throughout so much of his presidency. The party's liberal base still very much likes him; it's the elites who have turned on him.

The biggest reason for this disconnect, I would suggest, is that the liberal Democratic base liked Obama, both personally and ideologically, from the very beginning. Virtually from the moment he electrified the 2004 Democratic convention, liberals latched on to him as one of their own -- and they haven't (and don't want to) let go.

This is not an unheard of phenomenon in politics, and it's one of the reasons I've been so keen on comparing Obama's political appeal to that of Ronald Reagan. Rank-and-file conservatives felt as strongly about Reagan in the 1980 campaign (and in 1976, for that matter) as liberals did about Obama in 2008. And they stayed true to him even when conservative elites concluded two years into his term that Reagan was a sellout.

Indeed, in the wake of this week's drama over the Bush tax cuts, it's worth recalling a similar moment in Reagan's presidency, when congressional Democrats forced him into a tax hike in the summer of 1982. Like Obama now, Reagan had no leverage: The economy was spiraling out of control, voters were abandoning him, and Democrats were having great success (or seeming to have great success) hammering him over the exploding deficit. Thus did Reagan agree to a tax hike package that increased revenues by nearly $100 billion over the next three years -- the largest tax increase in history, right-wing activists and commentators screamed. To these conservative elites, it was simply the latest act of betrayal by their one-time hero. When the GOP was drubbed in that fall's midterms, they claimed vindication (see -- not conservative enough!) and talked openly of challenging Reagan in the 1984 primaries. But rank-and-file conservative voters didn't listen. They still liked the Gipper, still thought he was one of them, and still backed him in polling. It's the same story today for Obama with rank-and-file liberals.

If Obama had been introduced to the Democratic base differently -- that is, if they'd been suspicious and resistant to him and he'd landed in the presidency in spite of their skepticism -- the objections of liberal elites might be far more damaging.

Here a parallel can be drawn to George H.W. Bush, who was introduced to the GOP's "New Right" base in 1980 as the moderate, Gerald Ford-ish establishment Republican running against Reagan. Thus, the New Right, which essentially took control of the GOP for good with Reagan's '80 triumph, never really trusted Bush. Eight years of loyal service as Reagan's V.P. was enough to win Bush the right's benefit of the doubt in 1988, but when he "caved" as president -- as he did on the S&L bailout, the 1990 tax hike, and a host of other issues -- it merely brought back to the surface all of the right's old attitudes toward him. So when the triumph of the Gulf War faded in 1991, there was room for Pat Buchanan to run to Bush's right in the 1992 primaries. Buchanan didn't win any states, but he did secure enough support -- especially in New Hampshire -- to severely embarrass the president. Obama's history with liberals, though, is much different from Bush's history with conservatives.

This isn't to say that it's impossible for Obama to lose the Democratic base; it's just that there's a lot more goodwill toward him among that base -- and a lot more willingness to rationalize his "betrayals" as sensible pragmatism in the face of the other party's obstructionism -- than most people recognize.

At his press conference Tuesday, Obama noted that many of the "purist" liberals now blasting his tax cut deal also savaged his final healthcare compromise earlier this year, which wiped out the public option. It's an apt comparison. And it's worth remembering that the cries of betrayal back then did nothing to lessen rank-and-file's assessment of Obama's job performance -- probably because the main thing they saw was that Obama, unlike every president before him, had actually gotten healthcare done.