The next generation of Mark Zuckerberg wannabes 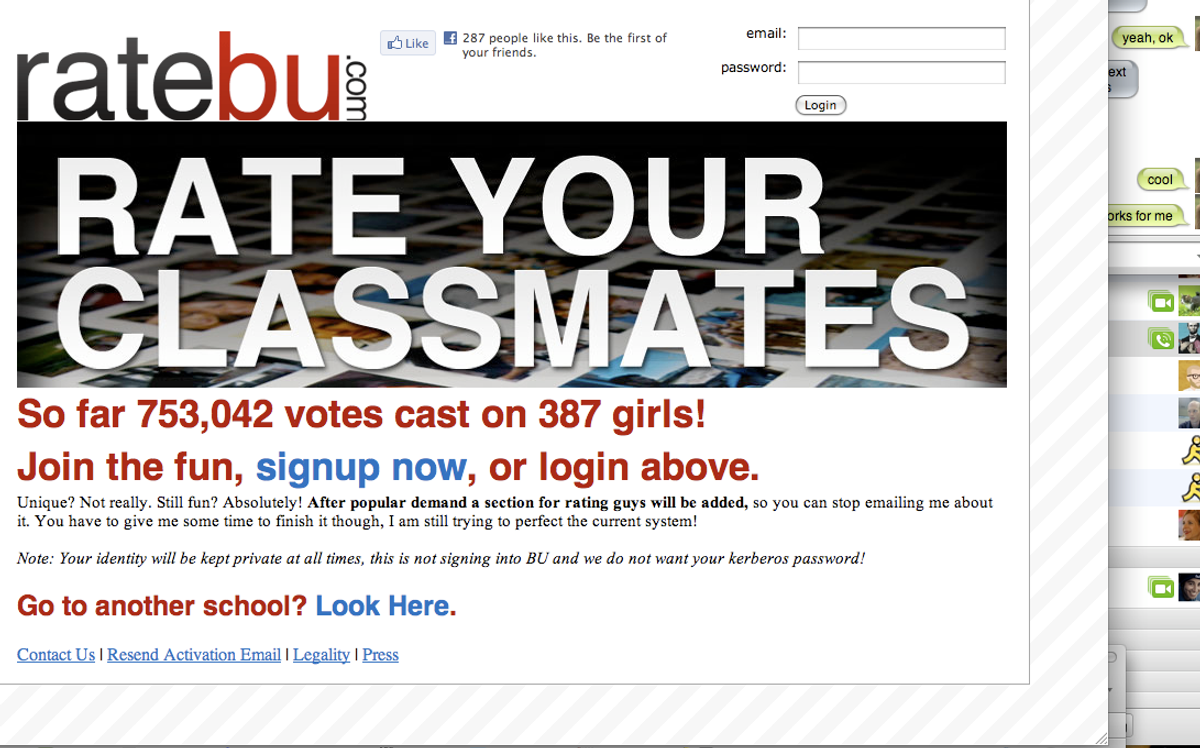 The next generation promises countless Mark Zuckerberg wannabes, which means all sorts of wonderful things for technical innovation. However, it seems some of his followers are specifically inspired by the more misogynistic aspects of the Facebook founder's legacy. Meet Justin Doody, a sophomoric (in both senses) Boston University student, who recently launched RateBU.com. It's a site where dudes can evaluate the hotness of chicks on campus. He says his inspiration came from seeing "The Social Network," which tells of how creating Facebook made Zuckerberg millions and (perhaps more importantly) got him lots of groupies.

Of course, the movie also explains how Facebook started as "FaceMash," a site for comparing the hotness of randomly paired students. Doody has done just that, only he's limited the rating to female students and he hasn't supplied the images of the girls himself. Instead of hacking campus servers for the eye candy a la Zuckerberg, he's asked users to post the photos themselves. Brace yourselves for the meta: The majority of the photos come from, where else, but Facebook. It's a good way to avoid legal issues, but it hasn't spared Doody any controversy. Reports the Washington Post today:

This week students have been fighting back and discussing what can be done to shut the site down. The student government passed a motion Monday night condemning the "offensive Web site" and encouraging students to not use it, according to The Daily Free Press. And at least one Facebook group has organized to protest the site.

One thing can be said for Doody (aside from the fact that he deserves some slack for having such an unfortunate last name): His offensiveness is equal-opportunity. Next up, he plans to add unwilling guys to this virtual beauty contest.