Oprah: I'm not even "kind of" a lesbian

In an upcoming discussion with Barbara Walters, the queen of all media says the persistent rumor annoys her 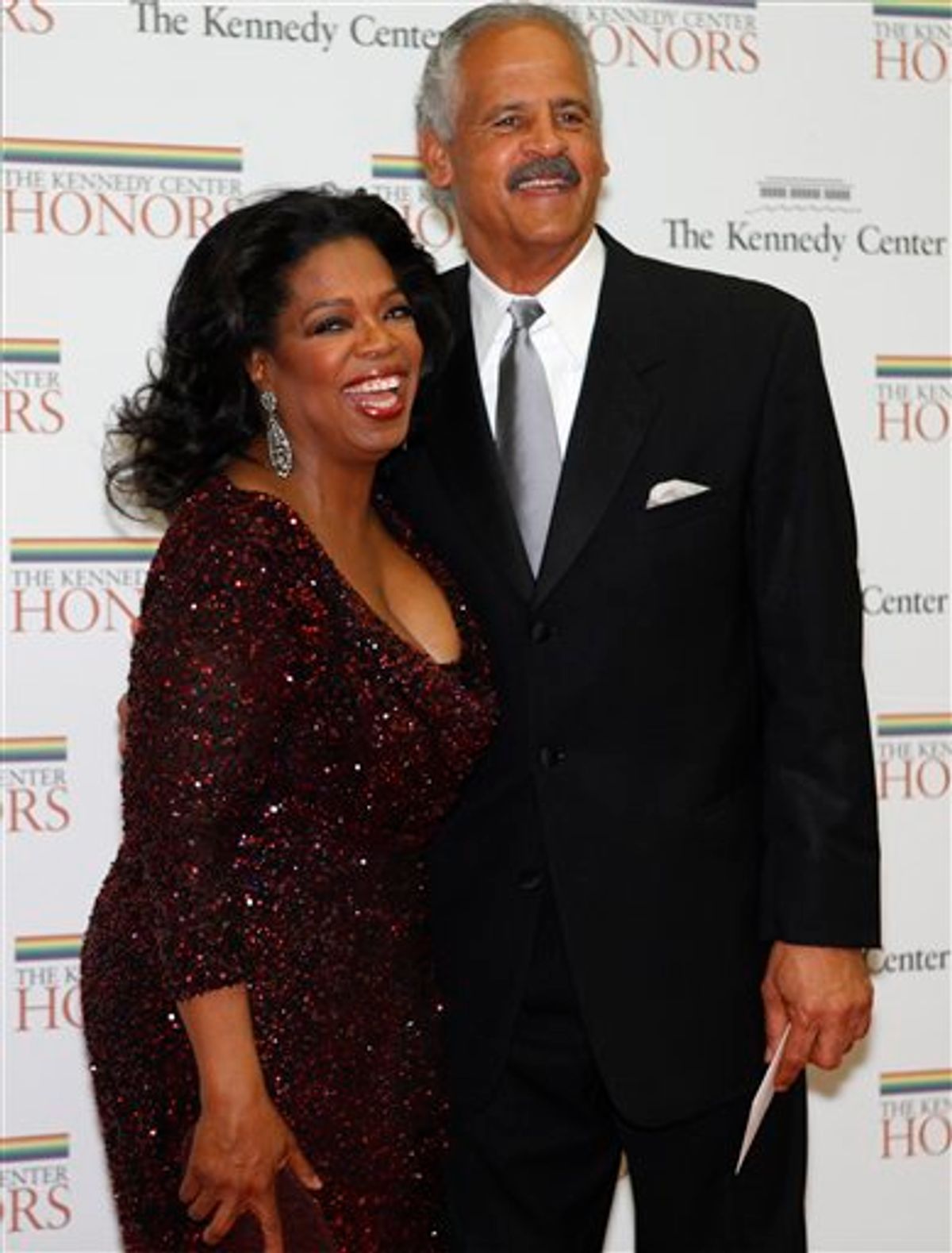 Oprah Winfrey says she's not a lesbian, not even a little bit.

Her long personal and professional connection with Gayle King has sparked rumors that they are gay, but Winfrey denies it in an upcoming interview with ABC's Barbara Walters.

"I'm not even kind of a lesbian," Winfrey says.

Persistent gossip to the contrary annoys her, she says, explaining that, if it were true, "Why would you want to hide it? That is not the way I run my life."

Asked to describe her relationship with King, Winfrey calls her "the mother I never had, the sister everybody would want. She is the friend that everybody deserves." Winfrey's eyes moisten and her voice chokes as she adds, "I don't know a better person."

Winfrey will end her daytime talk show next spring and, on Jan. 1, is launching a cable channel, the Oprah Winfrey Network.

That new venture has given her moments of panic.

"I would wake up in the middle of the night literally like clutching my chest, like, 'What have I done?'" she tells Walters.

"A Barbara Walters Special: Oprah, The Next Chapter" will air Thursday at 9 p.m. Eastern.  Walters showed a clip of the interview during an appearance on "Good Morning America" this morning: