The rise of binge drinking women

Should we blame gender equality or booze culture? 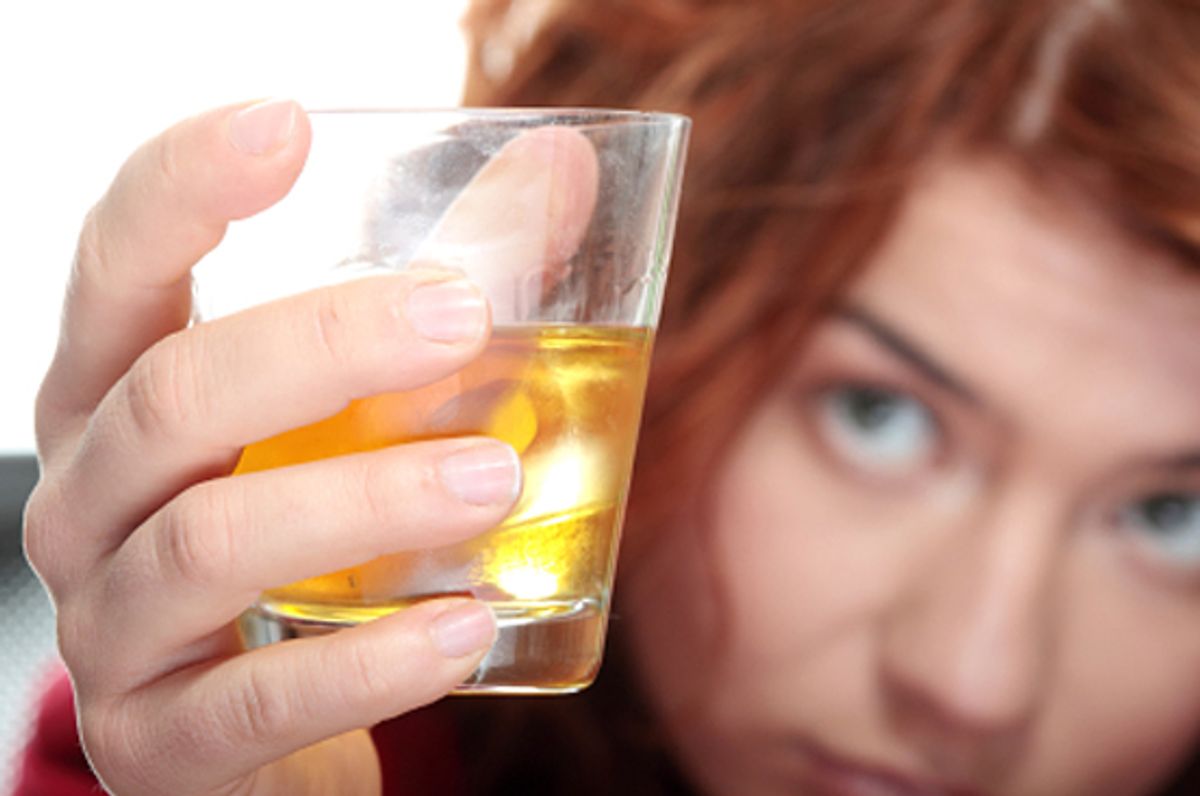 As a nation, when it comes to booze and women, we've failed. I'm not being judgey here, I mean we literally received a big fat "F" in that category on the latest women's health report card. The culprit is binge drinking: The percentage of women who have "had five or more drinks on at least one occasion during the past month" has gone from 7.3 percent in 2007 to 10.6 percent this year, according to the National Women's Law Center's annual report, "Making the Grade on Women’s Health."

No surprise here. We've been following the rumblings over the trend of lady bingers for some time now, and the question often seems to be, as a 2008 New York magazine article put it: "should gender equality extend to drinking?" My answer is: yes and no. I'm more likely to order a beer and a shot of whiskey than a cosmo. I like to go against stereotypes like that. It is cocky and perhaps foolish -- but, then again, the same can be said for my male friends when it comes to drinking. I might be driven by some vaguely third-wave feminist desire to "keep up with the boys" -- but plenty of "the boys" are driven to keep up with each other, lest they appear unmanly. This is binge culture, and it isn't strictly male or female anymore. We're all full of bluster and far too much booze.

That doesn't mean the impact is equal, though. A female friend wrote to me in an e-mail, "I'm of the opinion that, yes, gender equality means you get to drink however the eff you want and you don't have to be confined to 'dainty' drinks and expected to drive the boys home or whatever. But with great binge-drinking comes great responsibility, you know? I've had to do a serious gut check in the past year about this because excess drinking affects women differently." It's true: Women's bodies are not only generally smaller than men's but they also metabolize alcohol differently. I've boasted that I could drink my male friends under the table, and I have at times through sheer force of will. Not even my iron will can force my liver to process booze differently, though.

Of course, it isn't just physiological sex differences that raise concern here, it's also sex, as in sex. The researchers find binge drinking troubling for many reasons, but especially so because hard-boozing women experience "more sexual-assault problems," Michelle Berlin, an associate professor at the Oregon Health and Science University School of Medicine, tells the New York Times. These are the unfun facts: Alcohol is processed differently by women's bodies, and it's associated with higher rates of sexual assault. We should be able to be real about this without blaming women who are raped while intoxicated. (Unfortunately, this continues to be a really tough concept for some to grasp.) We should also be able to acknowledge the simple fact that women, like men, can make dumb sexual decisions while drunk.

If we must talk about binge-drinking in terms of feminism, it seems to me that a real victory would mean recognizing the impact hardcore boozing has on both sexes, and with a little more perspective. After all, binge drinking is much higher among men than women. Men are more likely to drive drunk (although young women are increasingly driving under the influence). Boozing college-age males are more likely than women to: land in the hospital, be physically assaulted, be involved in an accident where someone is injured, and break the law, according to a U.K. study. As I wrote in response to the New York magazine piece a couple of years back, "young women's sometimes confused struggle for equality in their day-to-day lives ... can result in their acting the part of stereotypical men, in ways that don't seem particularly healthy for either sex."