In an online world filled with snark, the site's "thumbs up" feature is a reminder of the power of positivity 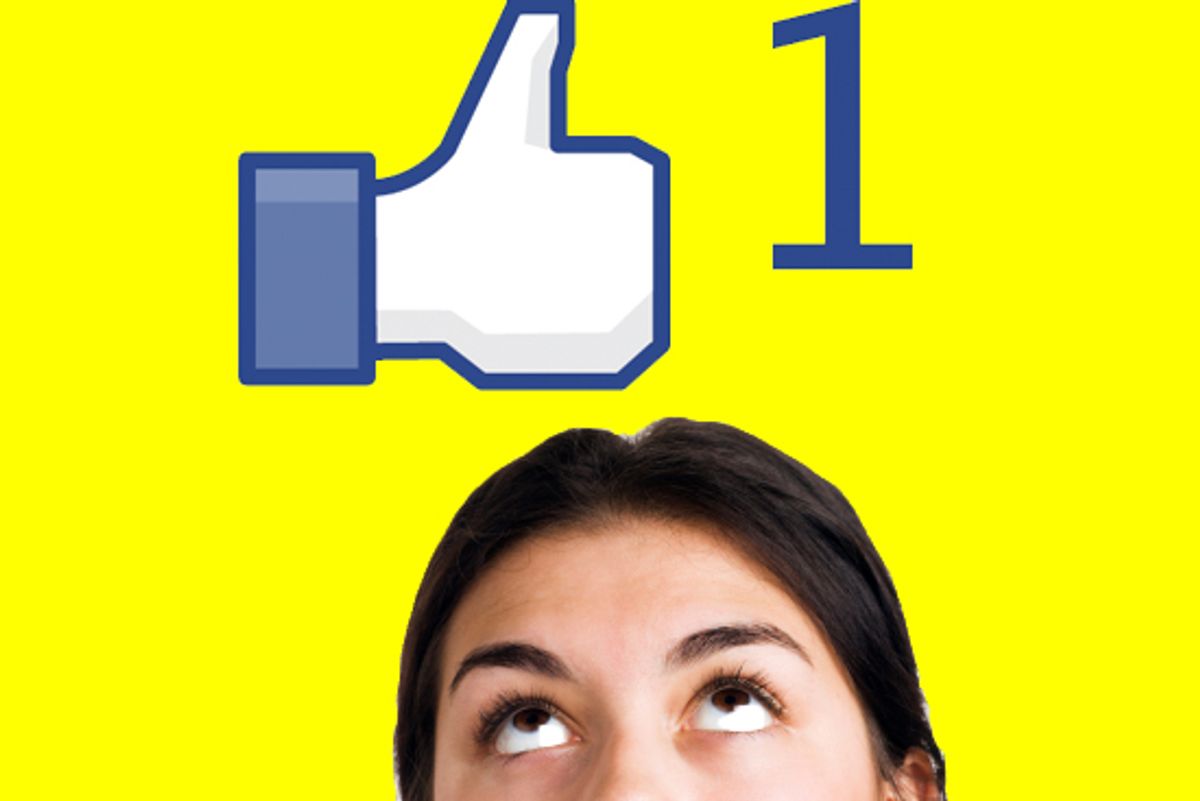 I like that Leo wishes he could freebase his espresso. I like that Mark's son drew a picture of "Rudolph, the laser-nosed reindeer." I like that Sharon admits she secretly enjoys "I Gotta Feeling." Walter likes my Hipstamatic photo of the tree at Rockefeller Center. And a whole lot of people like that I spent Thanksgiving drinking beer with a bunch of lesbians in Costa Rica.

In its nearly two years of existence, the Facebook "like" option --  that one four-letter word, that teeny tiny upturned thumb -- has become the most addictive single click in social networking, an easily obtained ray of online sunshine. Its latest evolution, included in the profile page update introduced this week, allows members to more easily view their mutual likes via the Friendship page. And even though my friends and I can talk all day long about the stuff/people we hate together, it's more smile-inducing to see how many of us dig Constance McMillen.

What is it about "like" that's so lovable? Surely a big part of the appeal is what it isn't. It is not part of a set. It is not the salt to a "dislike" pepper. On YouTube, you can condemn a video unworthy via a dismissive thumbs down. On Amazon, you can bestow a single star on anything from a New York Times bestseller to a gallon of milk.

But any network that hinges on the word "friend" -- however loosely its members define it -- is one that's doing its members a huge service by accentuating the positive. An individual's Facebook isn't the wide, wide ocean of open systems like YouTube. It's restricted by a person's friends list, which is why, when I'm on the New York Times site, I couldn't care less what anybody else is liking right now. But there's something very powerful about what happens in a culture when it quite deliberately chooses a respectful vernacular. It's almost impossible now to think of the word "Facebook" without its association with the word "like." And despite the company's frequent design and privacy protection fails, that's a good thing. Because I don't want to review my friends, I want to support them. I want that feeling that my kids understand so effortlessly: the joy of someone passing a note in the middle of the day that says simply, "I like you."

There's still plenty of opportunity to go negative all over Facebook, should one choose. You can "become a fan" of a person or business, then run riot putting it down. You can dis to your heart's content in the comments.  And there are times, as when a friend loses a job or announces the death of a pet, when the "like" button certainly doesn't cut it.

But while the notion that "If you can't say anything nice, don't say anything at all" doesn't apply in all situations, it's still often a bang-up idea, one that rarely gets its due on the Internet. And while I still maintain that emoticons are the quintessence of lame, there's something warm and welcoming about the affirmation that comes with every "like." It says, I've paid attention to the big and small news you've chosen to share today, and I care about it. How rarely in the day-to-day of real life does one have the chance to say, "Good for you"? Or when granted it, does one take it? Sure, it's a minuscule act of kindness, but even a few karmic pennies are better dispensed than hoarded. When I can let a friend know how I feel, or when he or she "likes" what I have to say, it makes my day. And I like that -- no qualifying quotes necessary -- right back. I like it very, very much.