Slate writer: It's the fault of liberals that conservatives don't trust scientific consensus on just about anything 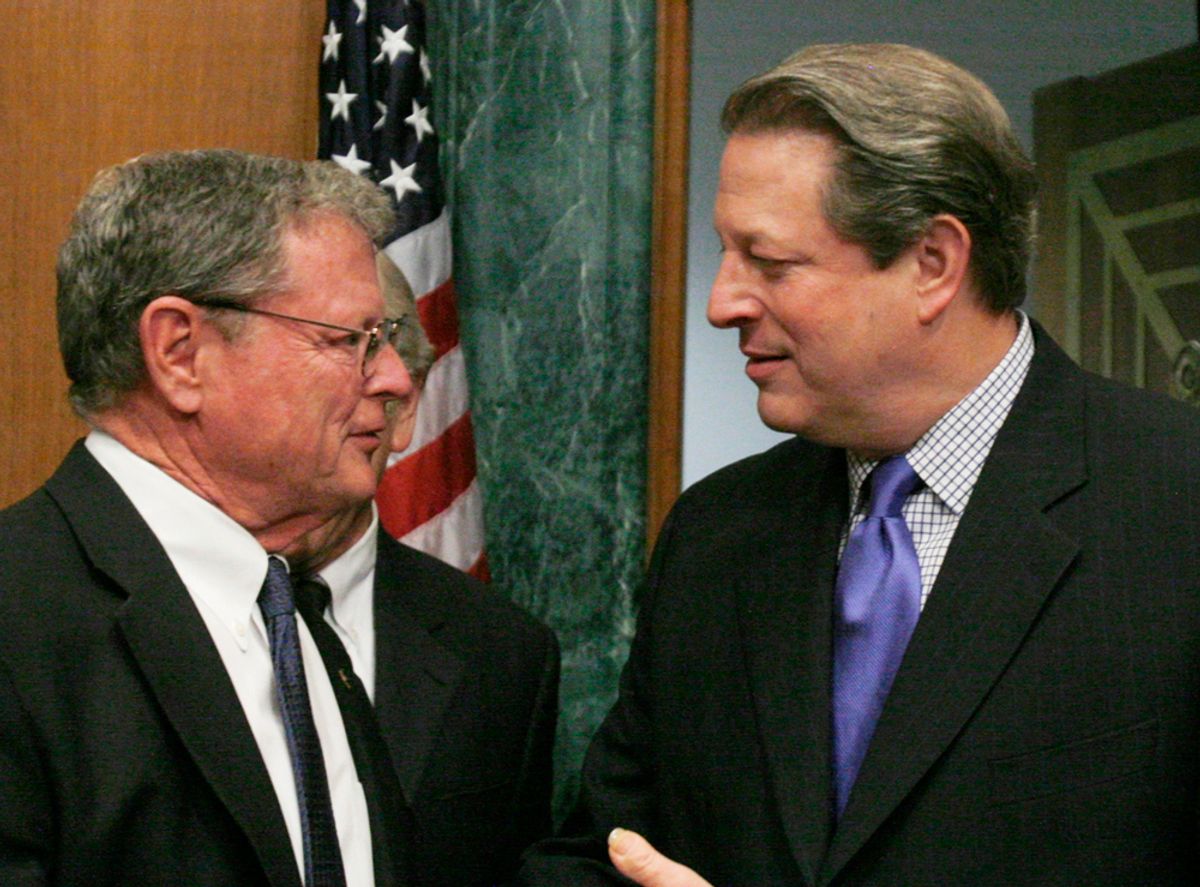 Daniel Sarewitz is the co-director of the "Consortium for Science, Policy, and Outcomes at Arizona State University." He has written a piece in Slate asking why there are no Republican scientists, answering that question, and then for some reason demanding that Republican scientists be somehow created.

The piece is subtitled "Most scientists in this country are Democrats. That's a problem."

It is no secret that the ranks of scientists and engineers in the United States include dismal numbers of Hispanics and African-Americans, but few have remarked about another significantly underrepresented group: Republicans.

No, this is not the punch line of a joke.

But Sarewitz doesn't seem to actually understand that it is the responsibility of a political party to make itself attractive to a constituency, and not the other way around.

Or could it be that disagreements over climate change are essentially political -- and that science is just carried along for the ride? For 20 years, evidence about global warming has been directly and explicitly linked to a set of policy responses demanding international governance regimes, large-scale social engineering, and the redistribution of wealth. These are the sort of things that most Democrats welcome, and most Republicans hate. No wonder the Republicans are suspicious of the science.

Think about it: The results of climate science, delivered by scientists who are overwhelmingly Democratic, are used over a period of decades to advance a political agenda that happens to align precisely with the ideological preferences of Democrats. Coincidence --  or causation? Now this would be a good case for Mythbusters.

Ugh, if only scientists would stop demanding that anyone do anything about climate change, then maybe Republicans would take climate change a little more seriously! In other words, I think the answer he seeks is "causation," but also I think Sarewitz has the direction of the causation completely backward. (Also this would make a bad episode of "Mythbusters" because it doesn't involve a provable hypothesis and nothing would blow up.)

Sarewitz honestly seems to think that scientists are all liberals because of ... some unknown reason, and the fact that they are liberals led them to decide that "redistributing wealth" was the solution to global warming, and that is why Republicans don't trust climate science.

I mean, it's obviously the rabid partisanship of scientists (and the liberal bias of "data") that is leading Republicans to turn away from the sciences (besides the phony ones like "economics"). And those rascally Democrats are making it worse! "During the Bush administration," Sarewitz writes, "Democrats discovered that they could score political points by accusing Bush of being anti-science. Oh, heavens! And all the Bush administration did was systematically suppress and misuse science!

How rude of Democrats to score political points with that fact, and then use the fact that most scientists are appalled with Republican policies to go around bragging about how they're "pro-science," just because the other party is one where Jim Inhofe is not only welcome but also the former chairman of the Senate Environmental Committee.

So come on, science! Somehow make more Republicans want to choose you as a career, with affirmative action, or something? Maybe scientists should just declare that climate change can be fixed by eliminating the estate tax, or bombing Iran. That should do it.

This entire piece is like the opposite of an "explainer."