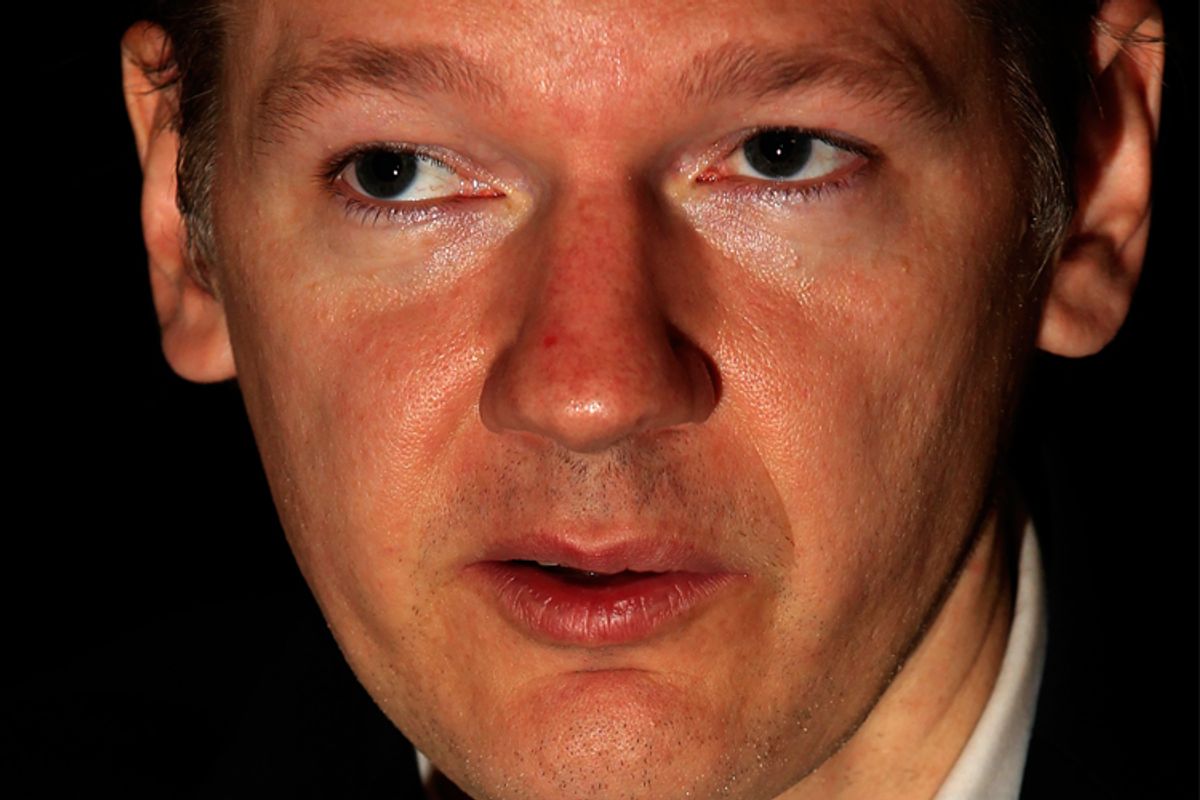 The arrest of WikiLeaks founder Julian Assange on rape charges has inspired a great deal of misinformation about sexual assault laws in the scary feminist utopia of Sweden. As Kate Harding wrote yesterday in Salon, "the notion that consensual, unprotected sex equals rape in Sweden (despite millions of Swedish fathers walking around free today) continues zipping around the Internet." Thankfully, the New York Times followed up today with a fact-based report on the matter, and the results are shocking: The Swedes take rape very seriously.

The country has the highest reporting rate in the European Union. (Perhaps because "Swedish women, backed by a strong consciousness of women's rights and a history of a very public discussion of the scourge of sexual violence, may be more willing than most to look to the law for help," writes the Times' Katrin Bennhold.) Swedish law also recognizes "withdrawal of consent" as rape, which is what is alleged in the Assange case, and details three types of rape: "severe," "regular" and "less severe."

Reading about Sweden's tough stance on sexual assault, I couldn't help but wonder how the U.S. measures up. I gave Diane Moyer, legal director of the Pennsylvania Coalition Against Rape, a call to find out.

How does Sweden's three-tiered view of rape compare to the legal framework in the U.S.?

In most states there are different [legal levels]. Here in Pennsylvania, rape is forceable -- that can be psychological, with a weapon or any number of other things. Then there's sexual assault, which is without the use of force. So, we have tiered statutory codes regarding rape, but it varies from state to state. In some states, what you would call rape would be sexual assault in the 1st degree -- and then there would be sexual assault in the 2nd degree or 3rd degree. So, it is not uniform across the country.

Assange's accusers claim that the sex started consensually and became non-consensual. How does U.S. law deal with such scenarios?

To my knowledge, Illinois is the only state that does specifically recognize withdrawal of consent [during the act]. There has been appellate law in Maine, Connecticut, South Dakota, Alaska, California, Kansas and Maryland on the issue, but none of the other legislatures have responded by enacting a law.

An appropriate analogy here is, say, two amateur boxers got in a ring together and started fighting. It would usually be assault if someone hit you, but if you both agreed to spar in a boxing ring that's another story. If at some point one of the boxers gets bloodied and says, "Hey, I'm not a professional, let's stop this right now," and the other guy keeps going, then I think it's assault. Why should it be any different for sexual intercourse? If "no" really means "no," then why shouldn't it be "no" at any point in time? But that is unfortunately only reflected in one state law.

I think it's because of the same reasons it's so difficult to prove rape in the first place. You only need the cooperation of the victim, and we all know the stereotypes of rape victims that are played out before jury pools everywhere. We still have these myths about rape victims, about what kind of victim is a "real" victim.

Speaking of myths about "real" victims, many have pointed critically to the fact that Assange's accusers didn't immediately go to the police. In fact, one threw a dinner party for him the night after the alleged rape and the other went to breakfast with him the morning after the alleged encounter. Is this sort of behavior unusual?

It may seem counterintuitive but it is not unusual for a victim to want to normalize the situation. Essentially the victim is prey to self-doubt.