The State Department scrambles to prevent another WikiLeaks humiliation 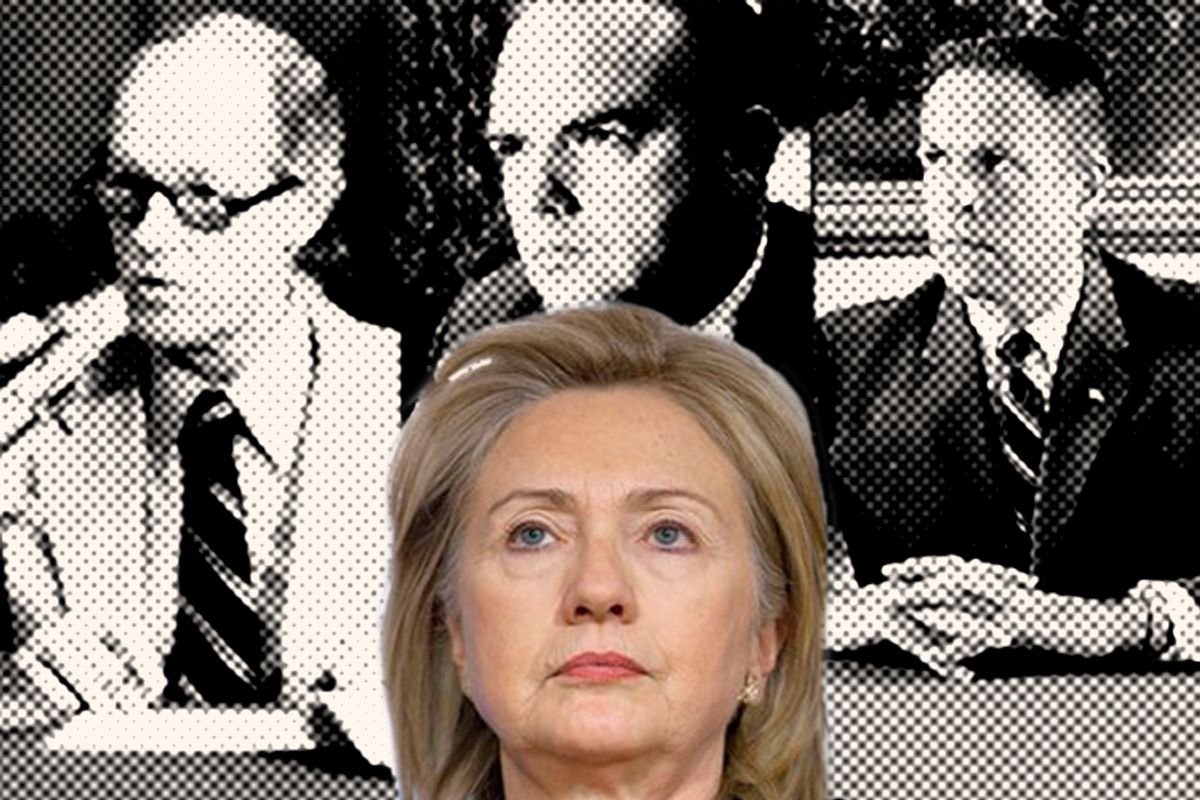 A joke has it that it takes three plumbers to change a light bulb: a boss to tell the plumber, a plumber to tell the helper, and the helper to get his electrician friend to do it on the side.

In response to WikiLeaks’ latest deluge, a similar entourage of official plumbers, plumber’s helpers, and even some competitors has come onto the scene, promising to plug the leak of 250,000 State Department cables, which WikiLeaks began posting on Nov. 28. In this scenario, Sarah Palin, Mike Huckabee and other critics of the Obama administration represent the competition, who, if given the job, would not just plug the leak, but cut off the head of the leaker (with Joe Lieberman offering a less medieval, but nonetheless radical measure that would criminalize the act of publishing classified sources and preemptively gag the press). The motley crew of independent contractors, whose work comprises an indirect, but important aspect of the plumbing job, includes Interpol, the international police organization that issued a warrant for Julian Assange’s arrest; Amazon, which dropped WikiLeaks from its server earlier this week; and Scotland Yard, which arrested Assange on Tuesday.

And then there is the State Department. Hillary Clinton and other department officials have come on the scene as internal plumbers, working to plug the leak from inside the diplomatic establishment.

The State Department’s efforts to contain "Cablegate" began with a letter from the agency’s top lawyer, Harold Koh, to Assange, requesting that WikiLeaks not post the classified cables in its possession. After that failed, and the leaked cables became the international media story of the week, the State Department turned to propaganda, playing the lead role in the administration’s efforts to condemn the publication of the cables as an assault on national security and diplomacy. "This disclosure is not just an attack on America’s foreign policy interests," declared Secretary Clinton on Nov. 29, "It is an attack on the international community." Underscoring the importance of confidentiality in diplomacy, Clinton went on to assure the nation and the world that the State Department would do everything in its power to prevent future leaks. "I have directed that specific actions be taken at the State Department, in addition to new security safeguards at the Department of Defense and elsewhere, to protect State Department information so that this kind of breach cannot and does not happen again."

Since then, in an attempt to prevent another "Cablegate," the State Department has made efforts to erect a set of virtual walls around the diplomatic establishment. The outermost facade is being built between rank-and-file diplomats and the public. Its main guard is the secretary of state and the department’s press liaisons. Not surprisingly, when questioned at press conferences, P.J. Crowley, the department’s head press liaison, has adamantly refused to discuss the contents of specific cables. And despite much speculation in the press about who wrote the directive to spy on foreign diplomats at the U.N. or the juicy report on the lavish Dagestan wedding, the names of the diplomats who authored the leaked cables are not being disclosed to the public. Of course, this stance hasn’t stopped the State Department from referring in broad strokes to specific documents that help advance the administration’s foreign policy agenda, such as those detailing Arab leaders' distrust of Iran.

Finally, there is the innermost wall, the sanctum sanctorum, which is being constructed not by senior officials but by the diplomats themselves. Many retired diplomats speculate that, in order to prevent another WikiLeaks scenario, diplomats will voluntarily "enhance" their own confidentiality policies. According to one former U.S. ambassador in the Middle East, "The consequence will be even less reporting and communication." Diplomats will refrain from typing up the most sensitive information and they will give a higher classification to what they do document. In an effort to extend this self-censorship beyond current employees, one State Department officer and Columbia University alumnus sent an e-mail to the school of international affairs, cautioning students not to post any of the leaked documents or comments about them on their Facebook or Twitter accounts, lest they sabotage their future employment possibilities. He was clearly not as concerned about sabotaging the public’s right to debate what had de facto become public information.

The culture of self-censorship in the diplomatic establishment is nothing new. Diplomacy and secrecy have traditionally gone hand in hand. This is also not the first time that the State Department has helped to plug massive leaks of classified foreign policy documents. After Daniel Ellsberg leaked the Pentagon Papers, Richard Nixon created the White House plumbers unit, which included the now notorious H.R. Haldeman, John Ehrlichman and E. Howard Hunt, who were first sent to burgle Ellsberg's office and who would later break into the Democratic National Committee's headquarters at the Watergate hotel. The State Department played an important, albeit lesser-known role in the clampdown. In the wake of the Pentagon Papers' release, department administrators made a concerted effort to prevent the public from accessing diplomatic cables, especially those that expressed disagreement with the reigning policies. This included the creation of an official dissent channel, which promised dissenting diplomats a high-level audience inside the foreign policy establishment in exchange for a public one. The State Department continues to keep a tight lid on official dissent cables and diplomatic dissent writing more generally. Hundreds of messages have been submitted through the dissent channel, but only a handful have been made available to the public. In light of rank-and-file diplomats' relative lack of influence on policy, the promise of the dissent channel is nothing short of ironic. As Clinton has said of the WikiLeaks cables, "I want to make clear that our official foreign policy is not set in these messages."

Over the last 40 years, the department's internal policies and culture of secrecy have accomplished through legal means what Nixon's notorious plumbers unit failed to do illegally. But the strategy isn't foolproof. The State Department has never figured out quite how to build a perfect wall, and its cracks and fissures have helped the public receive some valuable information over the years. Perhaps the most important recent leak before "Cablegate" was the document that detailed Ambassador Karl Eikenberry's opposition to escalating the war in Afghanistan. As the appearance of this cable on the New York Times' website last January suggests, the digital age poses a new challenge to the maintenance of secrecy. With or without Julian Assange, as long as there are a few renegades on either side of the wall, the leaks will keep springing from Foggy Bottom and flowing to the Internet. In an age where information proverbially seeks to be free, if there's one thing we can count on in this otherwise lean economy, it's that there will be plenty of work for the State Department's plumbing unit.

Hannah Gurman is an assistant professor at NYU's Gallatin School. She is currently working on a book about the history of counterinsurgency in American foreign policy.