"Don't ask, don't tell" repeal is, as always, in trouble

Joe Lieberman will push a stand-alone bill, but delay and process complaints could still doom its chances 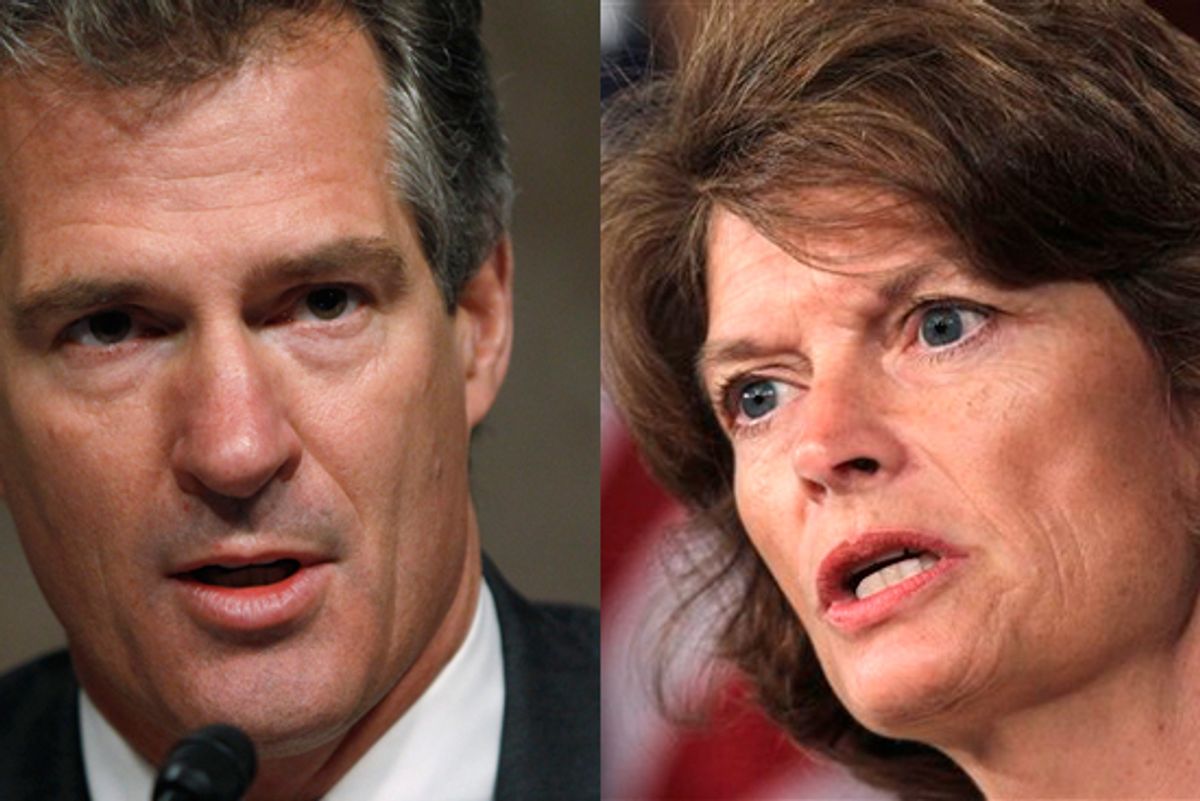 Lisa Murkowski explained her vote against proceeding with debate on the defense authorization bill that included the repeal of "don't ask, don't tell": She voted no because she wants an "open and fair amendment process." Scott Brown voted no because he refuses to vote yes until Democrats acquiesce to tax cuts for the wealthy.

Nothing better illustrates the moral vacuity of the United States Senate than when a broadly popular measure receives a majority of votes but still fails because senators who claim to support the measure vote to block it for process reasons. (Besides, I guess, when something horrible passes with broad bipartisan support.)

Thankfully, Senate comity could still prevail! Joe Lieberman and Susan Collins decided to bring a stand-alone bill on repealing the policy to the floor as soon as possible, which, in Senate time, means not that soon. Harry Reid says he'll get it done before the end of the year, but a stand-alone bill would have to be passed by the House and go through conference committee and our "moderate" GOP friends could still come up with serious reasons to delay the vote for just a little bit longer.

So, again, while there's still a chance that the policy will be repealed legislatively, I continue to be convinced that "moderates" will assist in the effort to just run out the clock, and block one last Obama administration priority before the real war begins next year.

And if "don't ask, don't tell" isn't repealed before the end of the year, we can "blame" Harry Reid for attaching it to the defense authorization bill or saying he wanted to limit debate, but the people responsible are actually the ones who voted it down despite supporting it. They apparently find the rights of a minority of senators to propose an unlimited number of amendments more compelling than the rights of Americans to serve in the armed forces without lying about who they are.

Democrat Joe Manchin may be new in town, but he's already sounding as incoherent and cowardly as a multiple-term Senate veteran. His aides say he voted "no" as a "stunt," but Manchin then released a statement saying he straight-up doesn't support repeal. He'd like to make his position clear:

"I do not support its repeal at this time," he said in the statement. "I would like to make clear that my concern is not with the idea of repealing DADT, but rather an issue of timing."

Oh, it's timing! He isn't concerned with doing it, he just doesn't want to do it now. He'd maybe prefer to do it later, when it will be impossible because of the Republican House majority? And he also apparently doesn't understand that, should the Senate repeal the policy, it won't actually end until the president, the joint chiefs and the Pentagon all decide they're good and ready, after what Robert Gates said would be an extended period of training and education.

Manchin's actual thoughts on the matter were made more clear when he explained that while he can't bring himself to cast this particular vote, he wouldn't be too upset if Barack Obama ended the policy himself, by fiat, because then ol' Joe Manchin wouldn't be on the record as having supported it himself. In other words, this guy suddenly realized that there was a chance that his might be the decisive vote on this, and he got terrified.