What brought me to the voodoo priestess

As Mom's life faded, we all needed something to hold on to, even if it was made of something awfully strange 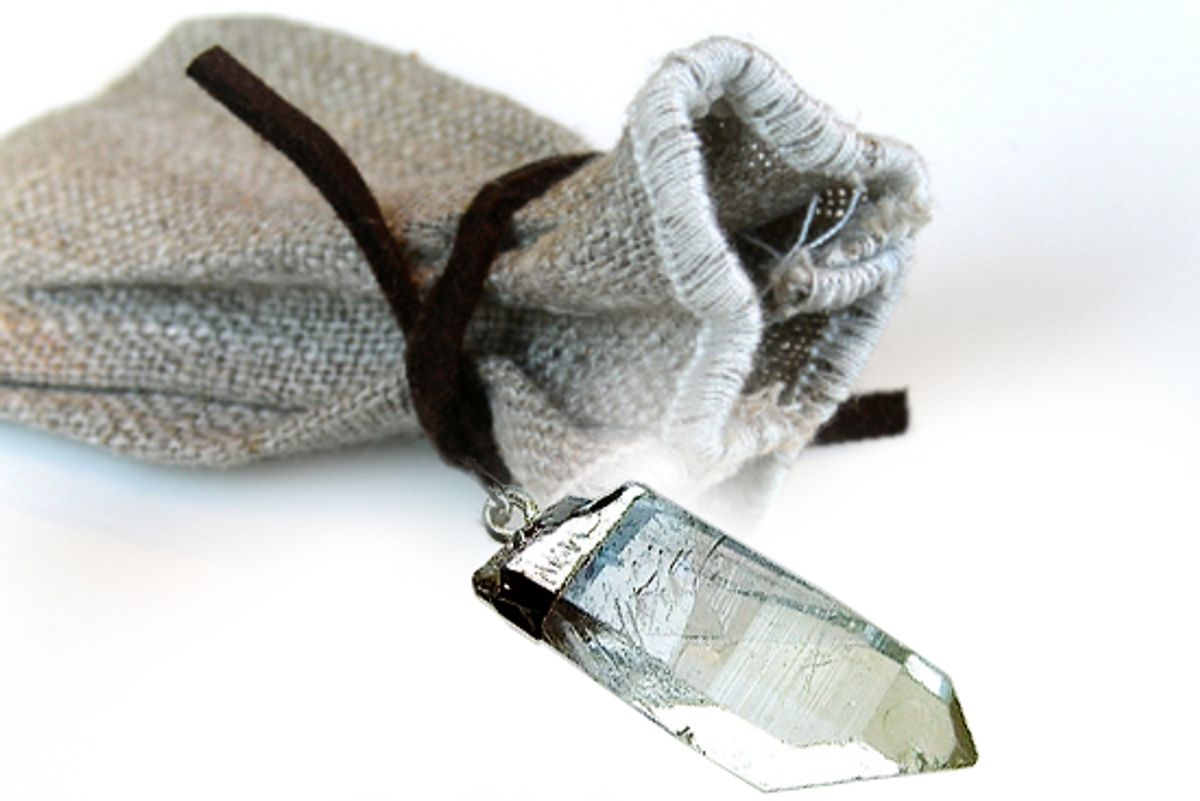 I called from New Orleans to speak with my sister in Pennsylvania, to check on my mother's condition. It was Thanksgiving week and we were all headed home; our mother had been hospitalized again.

"Dad says to ask the voodoo priestess what she can do," my sister said, speaking as if all the words were foreign to her.

I felt it in my gut: Mom's life was coming to an end. My father wasn't a religious man. If he'd ask me to speak to a minister or priest, it would have been just as heartbreaking.

Although we often accepted UPS packages for each other, I had never consulted my neighbor the priestess before, aside from the standard chicken foot above my door for luck. I didn't know where to begin. "I'm looking for something for my mother," I said, as if picking out something for her to wear. And then I had to tell her the details of my mother's terminal illness. I wasn't used to saying it out loud. My family spoke mostly in euphemisms about things like this; 9/11 was "the incident," Katrina was "the storm," and my mother's aplastic anemia was "her condition." The priestess suggested healing salts, or a special candle, but my mother's compromised immune system made those options forbidden.

"We could do a gris-gris bag," she suggested. "You'll have to bring nail and hair clippings."

"How do they work?" I asked. I knew it was a kind of talisman, but it was surprisingly expensive, considering my mother would be providing the main ingredients. The priestess explained that the bag would contain crystals and special roots and my mother's hair and nails. My mother would be able to squeeze it and meditate, but it would have only the power my mother chose to give it.

That's what I had been afraid of. For months my mother had seen specialists. She had to wear a mask in public in order to avoid common germs -- so she had stopped going out. My father drove her hundreds of miles for transfusions. At one point there was the possibility of a marrow transplant, but they worried her body was too weak to survive. She had stopped believing in things quite a while ago.

The day before Thanksgiving, in the tiny hospital where, more than 40 years earlier, she had given birth to me, I told my mother about the gris-gris bag.

"That's ridiculous," she said. She could still scold me.

"I only went because Dad asked me."

The next day, after a store-bought turkey in the kitchen in which she once resided, we returned. Mom asked how the meal was; it seemed the hospital food might have been better than what we had fed ourselves. Then she handed me a square of folded tissue paper, held together with a paper clip and a scrap of paper on which she had written "for Ken." Inside were finger nail and hair clippings.

"I asked the nurse to help me," she said. Did she hope that this might somehow help her, or was it because it was something my father had asked us both to do? I suspected the latter.

I returned to New Orleans, and for weeks drove with the clippings tucked safely into one of the dashboard storage cubbies of my car. Finally, I delivered them to the priestess and went about my daily life, in spite of daily reports of my mother's lack of progress. I canceled a Christmas trip because I was too ill to be in the same room with her. We all planned to be home for Easter, but by March she was in the hospital again. My sister called and I knew from her voice that it wasn't good. Mom had met with the doctors and decided to forgo any additional treatments. They expected her to go quickly.

It was several days before I could find a flight, taking three small planes. I tucked the gris-gris bag into my carry-on, although I felt my mother's decision made the bag's power moot. I didn't know if I would even mention it was there.

Mom was in and out of consciousness, sometimes sitting upright with a beautiful, lucid smile, while at other times she was confused and hallucinating. I spent the night in the chair next to her, or resting my head at her side, as if I really was her newborn child again. It was hard to know what to say, or what she would understand.

"Remember my dog Brando?" I asked. She said yes. "He says hello," I said. She smiled. Was she thinking that he actually was now talking, or perhaps wondering why I was claiming that he did? "Remember the gris-gris bag I was going to make?" She nodded, and I held it out in front of her. She was too weak to hold even something that small on her own. She smiled again and stared at the spot it occupied in space, like a child just beginning to wonder at the world. Everyone was surprised by how pretty it was, with a single crystal dangling like an earring from the tie that kept it closed. I told my dad to make sure it went with her when she was cremated.

In the hospice, over the next several nights, I slept in a room down the hall. I canceled my return flight, and somehow my mother continued to hold on. One afternoon she sat up and cried, "I don't understand why I'm still here!" and pulled the bed sheet over her head. We took turns soaking a sponge in Coke and lowering it to her mouth to suck on. It was the only food she wanted. At her request, I asked for more morphine, and the nurse said, "Is it for pain or is it to speed things along?"

"She's in pain," I said, understanding the code.

After five days, we decided that she might not go unless her children left first. When I said goodbye, she rose out of bed to hug me, and we both knew we would never see each other again.

"Are you driving?" she asked. She was worried that I might not get home safely.

But she continued to cling to life. Was it Easter? The doctors asked if there was something she might be waiting for. Then it struck me -- my parents' 49th anniversary would arrive at the end of the week. When my father called that Thursday, just a few hours short of their anniversary, to tell me that she was gone, I was too stunned to speak. Her death, so long in coming, now seemed completely unexpected. My father continued speaking to me on the phone, but no words were coming on my end. Finally he said, "I'm going to go now. OK?"

We had never spoken about the gris-gris bag again. I hope it did go with her, purified by fire, rather than tossed aside by a nurse cleaning her room. But sometimes I wish I still had her gris-gris bag to hold onto.

Ken Foster is the author of a memoir, "The Dogs Who Found Me," a collection of stories, "The Kind I'm Likely to Get," and essays, "Dogs I Have Met."