This week in crazy: Naomi Wolf 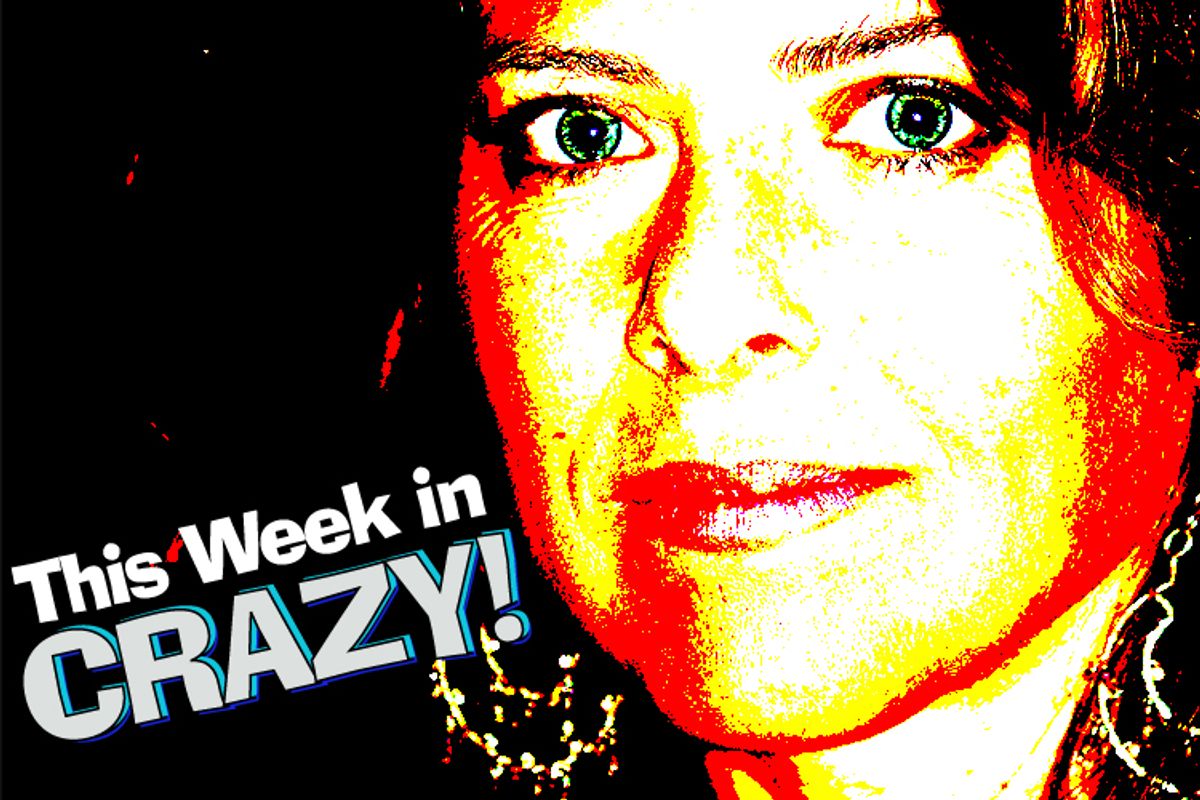 Ever since publishing "The Beauty Myth" nearly 20 years ago, Naomi Wolf has built a reputation as a challenging, tough and thought-provoking feminist writer. Now, she's also bananas.

It's not that the rush to arrest WikiLeaks founder Julian Assange on "one count of unlawful coercion, two counts of sexual molestation and one count of rape" wasn't mighty questionable. After all, it's pretty funny how often individuals accused of sex offenses gallivant around the globe with relative impunity -- until they start publishing classified documents. And since the allegations first arose back in August, there have been several conflicting accounts, massive mishandlings and plenty of speculation over whether this is a case of abuse or just of a man who doesn't like to wear condoms.

But just because a story smells a little off, that doesn't make it completely rotten. It shouldn't anyway -- unless you're Wolf, who, in a snippy open letter to Interpol this week, decided Assange had been a victim of "the dating police," because he'd been "accused of having consensual sex with two women." Actually, among other things, one of the alleged victims accused him of having decidedly nonconsensual sex with her while she was asleep, and the other has accused him of "using his body weight to hold [her] down in a sexual manner."

Oh no, not our Julian! Instead of considering the veracity of the claims, Wolf quickly pieced together a tale in which "both alleged victims are upset that he began dating a second woman while still being in a relationship with the first," a drama of "what appears to be personal injured feelings." Or maybe not, given that the charges arose when one of the alleged victims contacted the other, and the two compared their apparently very similar stories. They have also retained the same counsel.

Wolf is clearly up in arms about the way the U.S. government is gunning for Assange. She used her Friday Huffington Post column to decry the possibility of Assange becoming the victim of the Espionage Act, pausing only every few sentences to congratulate herself. "I predicted in 2006 that the forces that wish to strip American citizens of their freedoms, so as to benefit from a profitable and endless state of war … would pressure Congress and the White House to try to breathe new life yet again into the terrifying Espionage Act in order to silence dissent," she wrote, adding, "I knew, based on my study of closing societies, that this tactic would resurface." Gosh, Naomi, however did you achieve such a slam dunk of prognostication? Well, "If you study the history of closing societies, as I have, you see that every closing society creates a kind of 'third rail' of material, with legislation that proliferates around it." Told ya so, America.

If Wolf wants to get a little full of herself, that's one thing. If she wants to make a point about how easily, how frighteningly the Espionage Act can be exploited, fair enough. But a woman who knows all too well the bitter mudslinging one can endure for accusing a man of sexual misconduct (as Wolf herself did) might want to give another woman the benefit of the damn doubt. She might want to consider -- just consider -- that while Interpol's response to Julian Assange may have been politically motivated, the accusers' might not have been.

Perhaps we should have seen this coming. Two years ago, when Wolf was criticizing the Bush administration for sex crimes committed at Abu Ghraib, she explained that "having worked at a rape crisis center and been trained in the basics of sex crime, I have learned that all sex predators go about things in certain recognizable ways." That must have been a hell of a crisis center. Because I did not know that all predators are exactly alike. I did not know that gray areas regarding consent do not exist! Thank you, Naomi! And now, in 2010, I did not know that she has the magical ability to determine whether a man is a sexual assailant or just the victim of two angry chicks.

Nobody ever said feminism means the person with the vagina is always right and the one with the penis is always wrong -- unless I just didn't get that version of the Manifesto. And, indeed, throughout her career, Naomi Wolf has been wrong plenty of times. Like, say, this week, when she condescendingly dismissed a rape allegation by comparing it to a guy who "did not notice that his girlfriend got a really cute new haircut -- even though it was THREE INCHES SHORTER." Yes, sex crime and not giving sufficient props for your girlfriend's hairdo are exactly the same, Naomi Wolf. Also, can I just say, on behalf of every person, male or female, who has ever been sexually coerced, victimized or assaulted, one thing? Blow me.

It's hard to believe this is the same woman who once wrote, "Only when people start to speak out and tell the truth about rape and sexual assault can the healing begin."  The "truth," however, extends only as far as Naomi Wolf's personal determination of it. And if you don't pass her impeccable muster, honed via a litany of credentials she will eagerly trot out for you, you're just a pouty little Swede who isn't getting enough attention. I may not have Wolf's extensive background in rape recognition and truth sniffing, but I have been doing This Week in Crazy for a while now, and I sure know self-delusional bonkers when I see it. It's always the same. And it looks like Naomi Wolf.

Feminism This Week In Crazy Wikileaks