Democratic opponents of the bi-partisan tax scheme think its inexorable 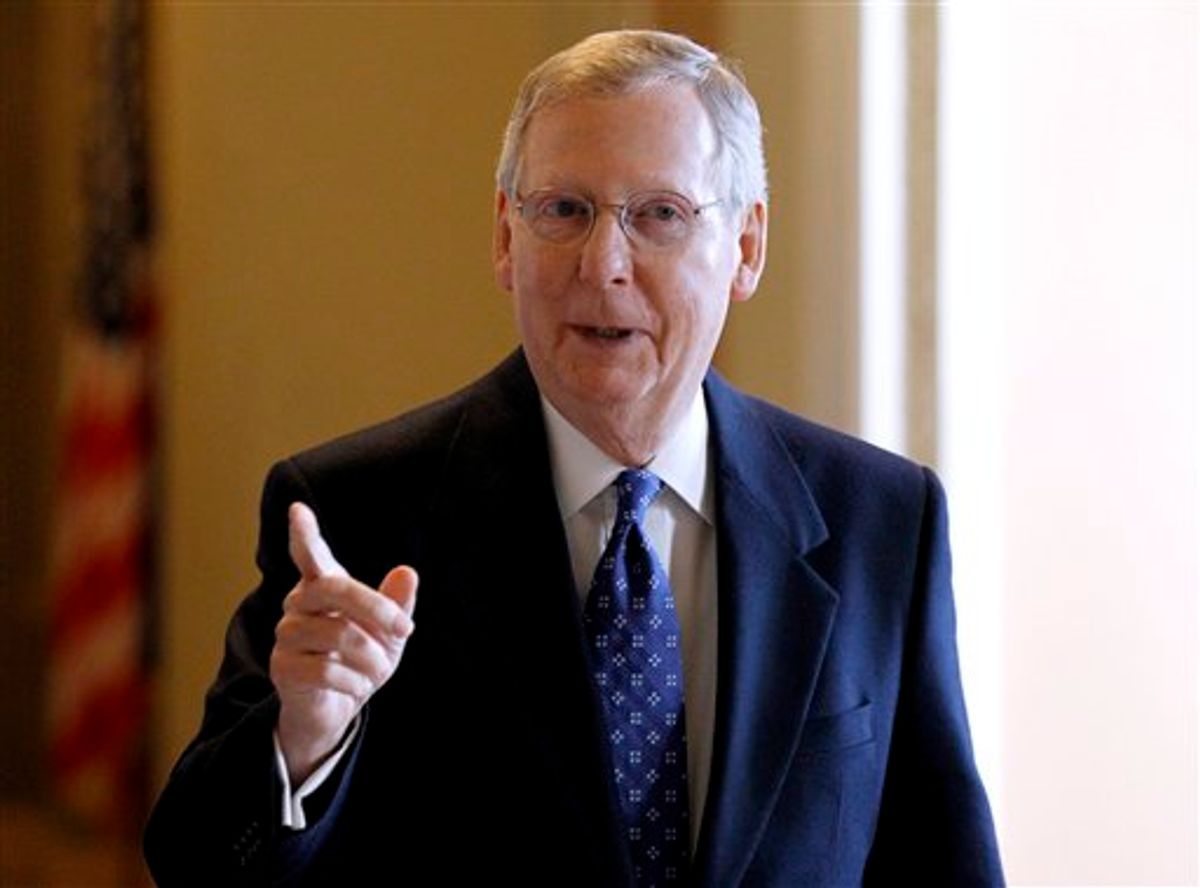 The White House expressed confidence Sunday that President Barack Obama's deal with Republicans will pass by year's end, averting a Jan. 1 increase in income taxes for nearly all Americans, even the highest earners. In a sign of fading resistance, a Democratic leader said the lame-duck House will try to make changes, but won't block the bill.

Ahead of a test vote in the Senate on Monday, Obama adviser David Axelrod predicted the president's compromise deal would win out despite a tougher sell in the House. Majority Democrats, who lose control of the House to Republicans in January, voted last week not to allow it to reach the floor without changes to scale back relief for wealthy estates.

The package also would renew a program of jobless benefits for the long-term unemployed that is due to lapse within days and put in place a one-year cut in Social Security taxes.

"We believe that when it comes back to the House, that we will get a vote, and that we'll prevail there, because at the end of the day, no one wants to see taxes go up on 150 million Americans" on New Year's Day, Axelrod said. "No one wants to see 2 million people lose their unemployment insurance, and everybody understands what it would mean for the economy if we don't get this done."

Axelrod said he didn't foresee "major changes" in the House to the compromise.

Maryland Rep. Chris Van Hollen, a member of the Democratic leadership who represented the House in negotiations with the administration, made clear that Democrats strongly object to extending breaks to estates as large as $5 million. But he indicated that the issue would not be a deal-breaker if Republicans refuse to relent and said middle-class families will get their tax relief.

"We're not talking about blocking the whole thing," Van Hollen said, when asked if Democrats would essentially take a hard-line position on their views.

"The president made a deal with the Senate Republicans ... and to the credit of the Republicans, they did not say this better deal on the estate tax was essential," he said. "We're not going to hold this thing up at the end of the day, but we do think that simple question should be put to test. We're going to ask the Republicans and others, are they going to block this entire deal" to protect wealthy estates?

At the insistence of Republicans, the plan includes a more generous estate tax provision: The first $5 million of a couple's estate could pass to heirs without taxation, and an additional $5 million for the spouse. The balance would be subject to a 35 percent tax rate.

That provision infuriated Democrats who are already unhappy with Obama for agreeing to extend tax cuts at incomes of more than $200,000 for individuals and $250,000 for couples, and who say the tax breaks will unnecessarily add to the rising federal deficit. In all, the package would cost about $855 billion, according to a preliminary congressional estimate.

The No. 2 Senate Democrat, Dick Durbin of Illinois, said there was a "good cross-section" of fellow Democratic senators who are ready to accept the deal. He said House Democrats should go along because they won't be in as strong a position to fight for a better deal in 2011.

Rep. Paul Ryan, R-Wis., who will lead the House Budget Committee in the new Congress, indicated the tax relief package in its current form was "take it or leave it." He said if Democrats try to scuttle the deal on tax breaks, then the first thing Republicans will do when they take over the House next year is pass the package.

"We already have this deal with the president," Ryan said in explaining why House Republicans will not compromise.

Axelrod spoke on ABC's "This Week," "Face the Nation" on CBS and CNN's "State of the Union." Van Hollen and Ryan appeared on "Fox News Sunday" and Durbin was on CNN.