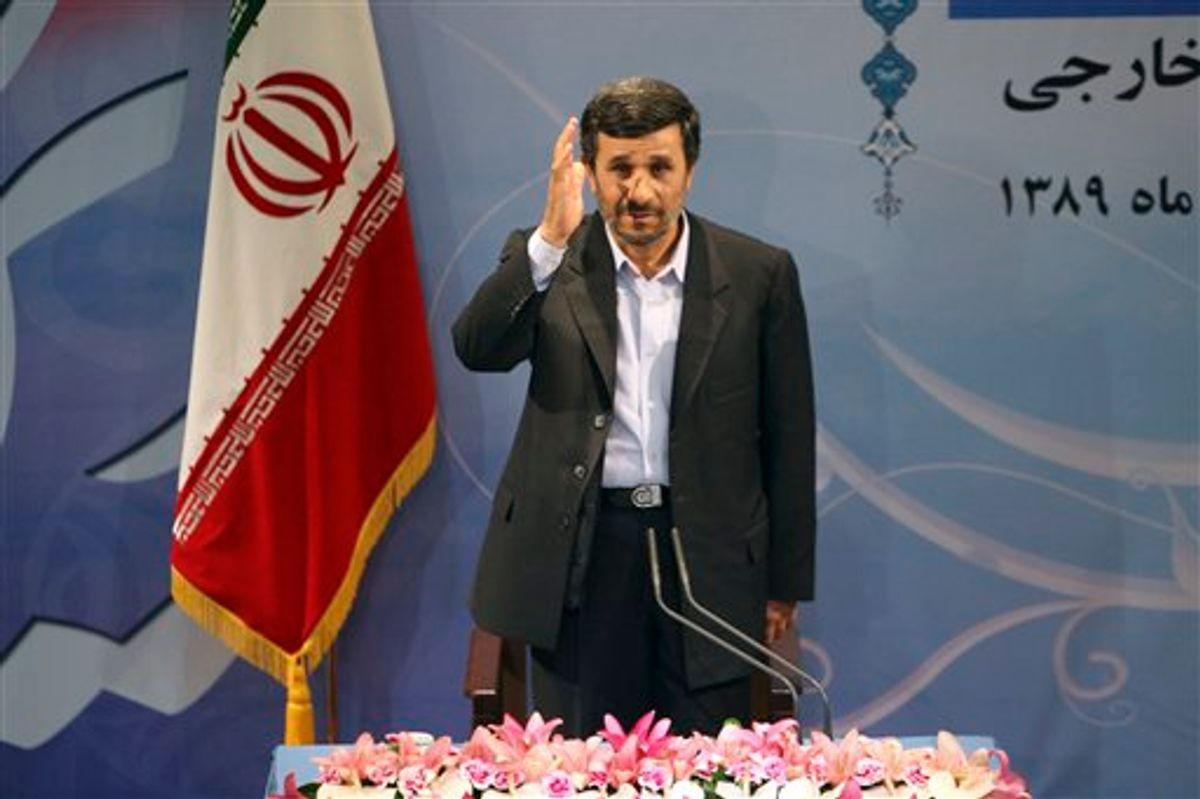 The Washington Post's new neoconservative blogger, Jennifer Rubin, is up with a big post laying out four steps for a "reset" of America's policy toward Iran.

Second, we should continue and enhance espionage and sabotage of the Iranian nuclear program. Every nuclear scientist who has a "car accident" and every computer virus buys us time, setting back the timeline for Iran's nuclear capability, while exacting a price for those who cooperate with the nuclear program. Think of it as the ultimate targeted sanction.

Third, we need to make human rights a central theme in our bilateral and multilateral diplomacy regarding Iran. The spotlight on the noxious regime helps to undermine the regime's legitimacy at home and emboldens the Green Movement. We should test the theory that the most effective disarmament strategy is a robust human rights policy, one that includes the EU and other nations exerting diplomatic pressure on the regime.

To summarize: Rubin wants the United States to make human rights a central theme in its Iran policy -- and to indiscriminately assassinate civilian scientists.

The "car accident" line in her post is a clear reference to the bombing of two scientists' cars last month in Tehran. Here is a BBC account of those attacks, carried out by unknown men on motorbikes. One of the scientists was killed and one was wounded. Both of their wives were also reportedly wounded. Another nuclear scientist was killed in a similar bombing earlier this year.

No one has argued that any of these men could be considered combatants. It's also still unclear who was behind the attacks, though Iran has accused the United States and Israel of having a role. But even the U.S. State Department referred to these attacks as acts of terrorism, which would make them antithetical to any serious concept of human rights.

For more on Iran, check out Salon's timeline of how we got to this moment of crisis.