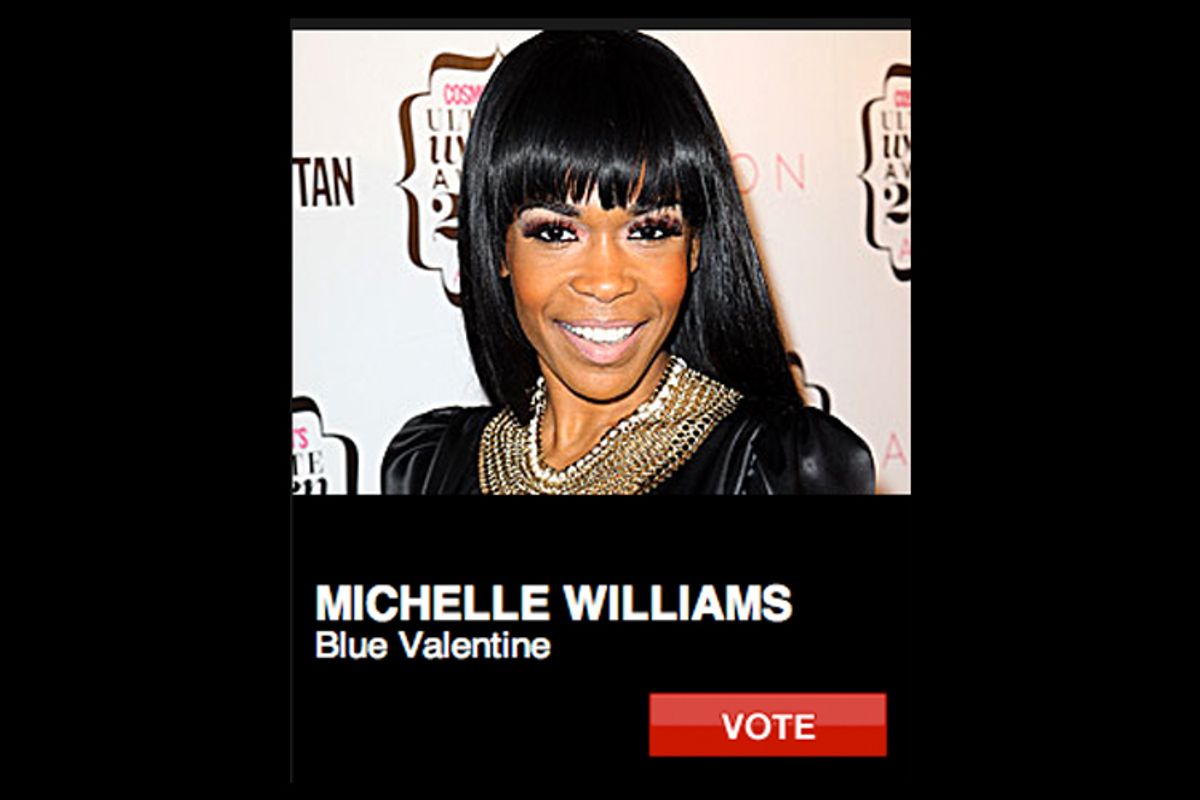 Like other agglomerations of movie reviewers across the land, the Broadcast Film Critics Association is in the process of selecting its year-end award winners. The BFCA has nominated Michelle Williams in the forthcoming (and no longer NC-17-rated) "Blue Valentine" for its best-actress award. I've seen the film, and she's an admirable choice. But the photo the BFCA chose to illustrate its nomination on Monday morning was, shall we say, less expected: (In case you're confused: That Michelle Williams, former member of R&B supergroup Destiny's Child, is not this Michelle Williams, who stars opposite Ryan Gosling in "Blue Valentine" and is the mother of the late Heath Ledger's child.)