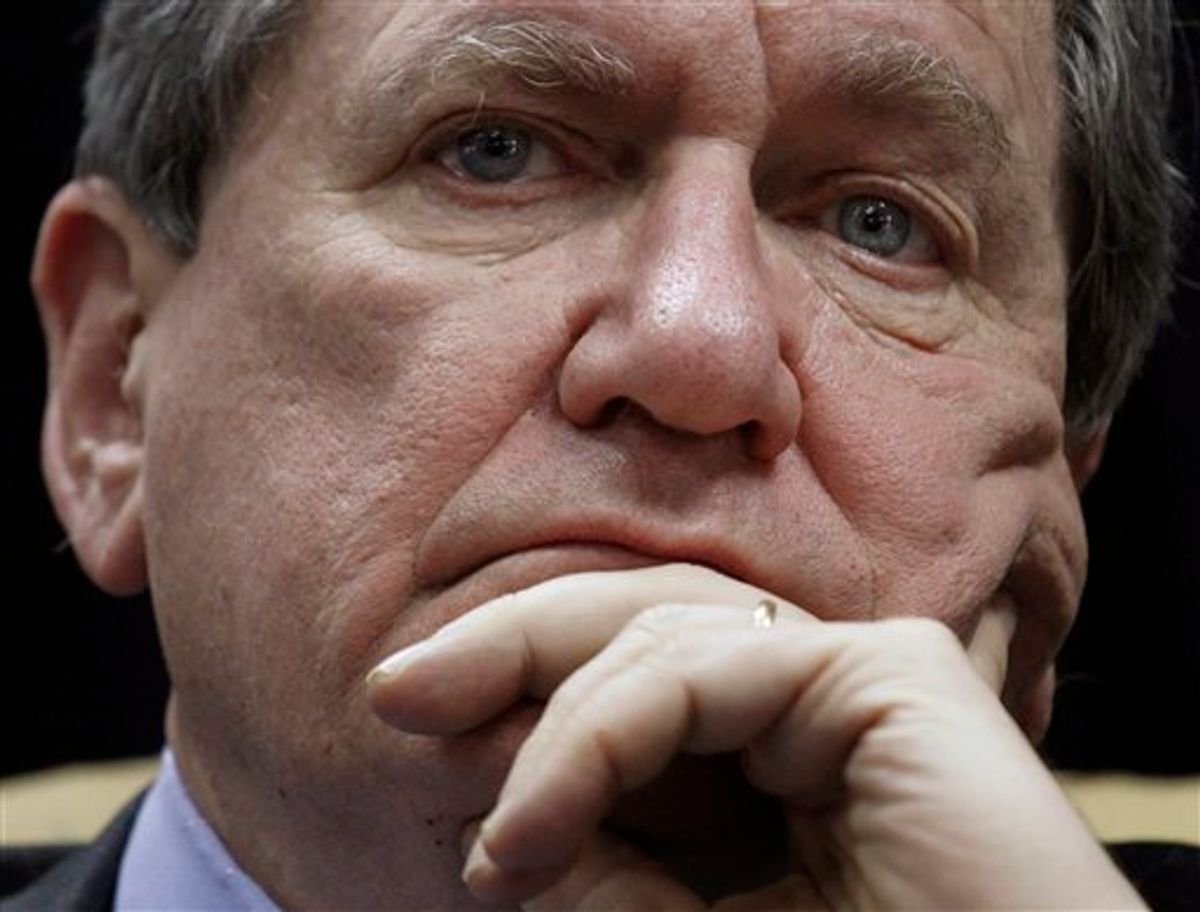 FILE - In this Jan. 17, 2010, file photo Richard Holbrooke, U.S. special envoy to Afghanistan and Pakistan, listens to questions during an answers and questions session in Kabul, Afghanistan. Holbrooke, a longtime U.S. diplomat who wrote part of the Pentagon Papers, was the architect of the 1995 Bosnia peace plan and served as President Barack Obama's special envoy to Pakistan and Afghanistan, has died. He was 69. (AP Photo/Musadeq Sadeq, File) (AP)
--

Richard Holbrooke, President Obama's envoy to Afghanistan and Pakistan, died yesterday after undergoing surgery for a torn aorta.  Holbrooke's record as a government official is long, complex and mixed on many levels, but -- based on the last line of his long Washington Post obituary -- I just want to flag what his "last words" were according to his family members, which he uttered as he was being sedated for surgery:  "You've got to stop this war in Afghanistan."

Ironically, Holbrooke was the author of one of the volumes of the Pentagon Papers -- which revealed that government officials knew of the futility of the Vietnam War at the same time they were falsely assuring the public they could win -- and Afghanistan seems to be no different.   As official Washington rushes forward to lavish praise on Holbrooke's wisdom and service, undoubtedly they will studiously avoid acknowledging his final insight.

UPDATE:   The Obama administration has been busy trying to persuade media outlets that the "context" of Holbrooke's remarks undercuts the implications of The Washington Post obituary.  Decide for yourself.