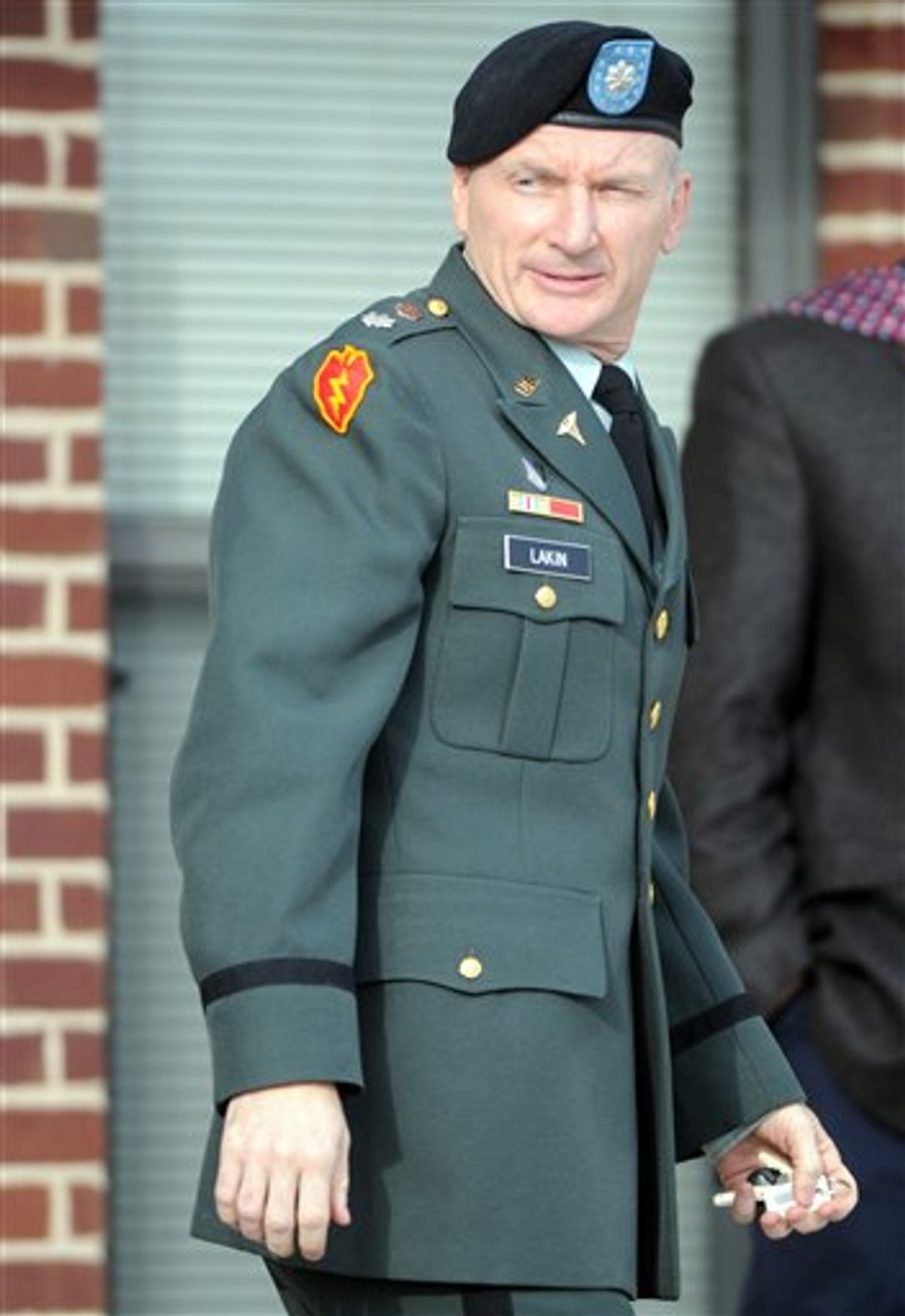 Army Lt. Col. Terrence Lakin of Greeley, Colo. leaves a military court during a break in his court-martial proceeding Tuesday, Dec. 14, 2010 at Fort Meade, Md. Lakin is being tried for allegedly refusing to deploy to Afghanistan because he does not believe that President Barack Obama was born in the United States and therefore questions his eligibility to be commander in chief. (AP Photo/Steve Ruark) (AP)
--

A military jury today convicted a Birther Army doctor who refused to deploy to Afghanistan on the grounds that orders from President Obama are illegitimate, a development that marks the full maturation of the conspiracy theory that Barack Obama was not born in the United States.

Lt. Col. Terrence Lakin, who announced in a YouTube video earlier this year that he would not be deploying to Afghanistan until he got answers about Obama's background, now faces more than three years in prison.

When the Birther conspiracy theory first appeared in the midst of the 2008 presidential campaign, it would have been inconceivable that a person -- a career Army doctor, no less -- would be willing to do prison time in service of the theory. But in the ensuing years, Birtherism has proved remarkably resilient, with activists like Orly Taitz fighting for the cause in the courts.

"I was praying and soul searching," Lakin told the court. "I believed there was a question that needs to be answered to ensure a valid chain of command. But I had asked every question, done everything else I could short of disobeying orders, without success."

Lakin's supporters are, of course, declaring the case a PR victory.