Why we love bad writing

Stieg Larsson and Dan Brown novels are riddled with cliches, but for many readers, that's a feature not a bug 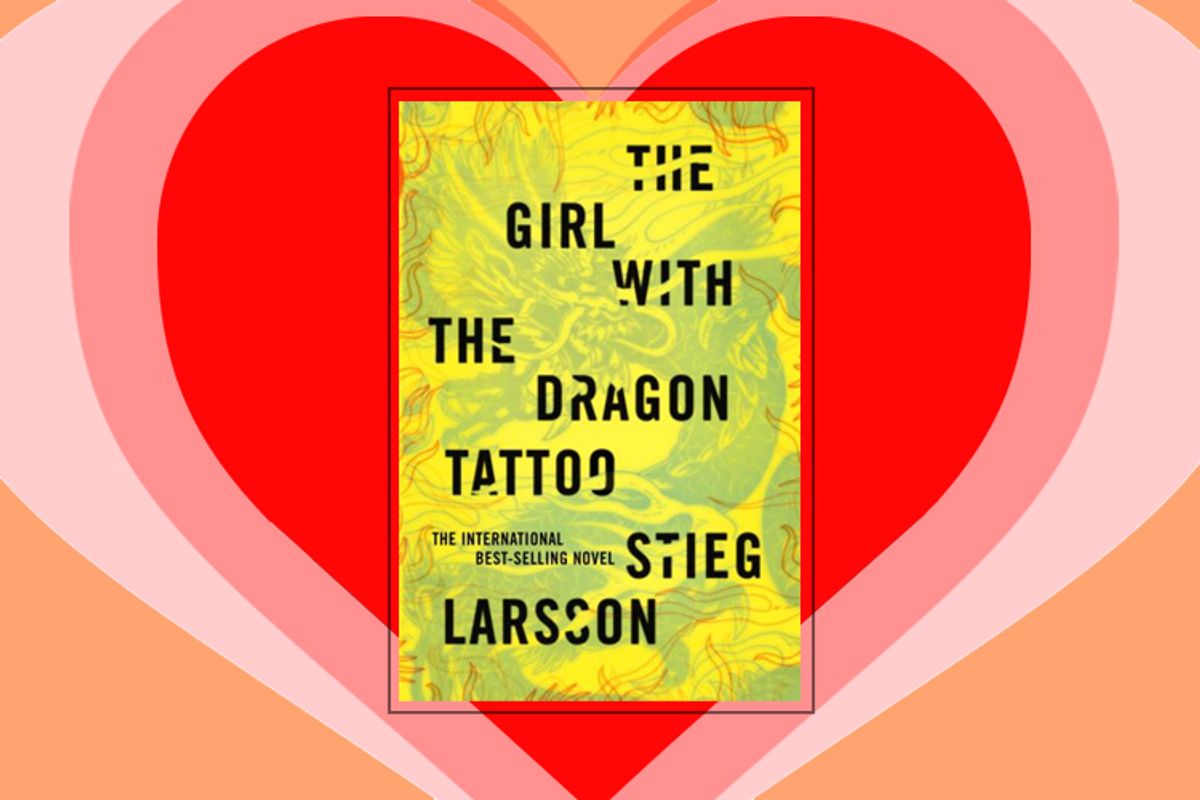 Forget peace on earth -- there won't even be peace among the bookshelves after the salvo against popular fiction launched in the pages of the Guardian newspaper this week by the British novelist Edward Docx. Docx, dismayed to find himself on a train full of passengers with their noses stuck in Stieg Larsson thrillers, announced "we need urgently to remind ourselves of -- for want of better terminology -- the difference between literary and genre fiction." This, all too predictably, ignited multiple charges of outrage across the Internet.

Guardian readers have already ably dismantled the straw men in Docx's essay. I don't agree with most of what he says, but he has a point when he suggests that the other side often resorts to arguments as trumped up as his own. In fact, ferocious defenders of genre fiction seem far more numerous to me than its (public) detractors, and Docx may have even done them a favor; they seem to enjoy their indignation an awful lot. The not-so-secret reason why pissing matches are so common, after all, is that some people just really love taking it out.

Instead of getting into all that, however, let's consider the original source of Docx's concern: the enormous popularity of Larsson's Millennium Trilogy and the novels of Dan Brown. Certainly, these writers are far from the best their genres have to offer. Even the most vehement of genre champions will not argue that either man is a good, or even adequate, stylist. (Larsson himself seems to have been well aware that he was no Hemingway.) Rather, they are both, in many respects and apart from the whole genre question, fairly bad writers. So why do so many people devour their books?

I pose this question as someone who enjoyed all three of Larsson's books, although I don't care for Brown's. I am exactly the sort of person who might be glimpsed reading "The Girl With the Dragon Tattoo" on a train. Docx seems to think his fellow citizens only resort to these books because they aren't aware of the much better ones out there. "We simply have to find a way to bring the finest writers of the language more often to the attention of the carriages of people up and down the country who are evidently still willing and able to buy novels for the journey," he writes. These hapless souls are currently being "subjected" to "atrociously bad" thrillers when they could be immersed in such Docx favorites as "Franzen, Coetzee, Hollinghurst, Amis, Mantel, Proux, Ishiguro, Roth."

Now, I'm not only aware of all of those novelists, I've read much of their work, too; some of it I love, and some of it I don't. Yet this didn't stop me from reading Stieg Larsson with a considerable amount of pleasure. Most people who read a lot also read to satisfy a wide spectrum of moods and hankerings, and sometimes trash (provided it's sufficiently engaging) is just the ticket. This taste, like any other, can be highly idiosyncratic. My friend Lev can't abide Larsson, while I have in turn needled him for enthusing over a -- to my mind -- cheesily hard-boiled action-adventure fantasy novel. (Also: He claims to be a "Twilight" fan.)

Why do people like bad books? Some of them probably don't read enough to know the difference. But all the same, I suspect that they wouldn't be equally content with Martin Amis' "The Pregnant Widow" should the bookstore clerk have mistakenly slipped that into their shopping bag instead of "The Lost Symbol." Chances are, Amis' strenuously inventive prose would strike them as too much work. The popular species of bad writing (for there are many, many kinds of awful prose) abounds in clichés, stock characters and conventional plot twists, and, as Amis indicated in the title of a collection of his literary criticism, he is a general in the War Against Cliché.

Until recently, hardly anyone considered why some readers might actually prefer clichés to finely crafted literary prose. A rare critic who pondered this mystery was C.S. Lewis, who -- in a wonderful little book titled "An Experiment in Criticism" -- devoted considerable attention to the appeal of bad writing for what he termed the "unliterary" reader. Such a reader, who is interested solely in the consumption of plot, favors the hackneyed phrase over the original

... because it is immediately recognizable. 'My blood ran cold' is a hieroglyph of fear. Any attempt, such as a great writer might make, to render this fear concrete in its full particularity, is doubly a chokepear to the unliterary reader. For it offers him what he doesn't want, and offers it only on the condition of his giving to the words a kind and degree of attention which he does not intend to give. It is like trying to sell him something he has no use for at a price he does not wish to pay.

With the advent of Amazon reader reviews, such readers have finally found a voice, and a vocabulary with which to express their taste. Speed is the operative metaphor. Novels are praised for being a "fast read" and above all for having writing that "flows." "Flow" is an especially fascinating term because it's one that literary critics have never used, and it perfectly captures the way that clichéd prose can be gobbled up in chunks at a breakneck pace. "The Da Vinci Code" is over 400 pages long, but you can race through it in about three hours. Combine the large population of casual readers who limit themselves to such books with the hardcore bibliophiles who like an occasional dip into something easy, and you have enough buyers to create a hit.

Lewis also juxtaposed the unliterary reader with what he called the "Stylemonger," who makes too great a fetish of words and sentences for their own sake. (Persnickety grammar and usage monitors are included in this group.) "He creates in the minds of the unliterary (who have often suffered under him in school) a hatred of the very word 'style' and a profound distrust of every book that is said to be well written." Even if Docx were in a position to lecture his fellow railway travelers as to the superior merits of Proulx and Hollinghurst, he'd run the risk of activating just this sort of resentment, and doing his favorite authors more harm than good.

And, chances are, quite a few of his listeners would be well aware that Larsson and Brown aren't very good writers. If pressed, they'd say that sometimes they just want to gallop through a story -- or in the case of Larsson's novels, proceed along with a weird methodicalness that taps into what appears to be an amazingly widespread streak of latent obsessive-compulsive disorder. They'd say that they're not, at the moment, equal to the demands of literature, but that just last week they finished "Disgrace" or "Wolf Hall." And then they'd say, Would you mind? Are we done here? Because I'd really like to get back to my book.

Edward Docx on why genre fiction is inferior to literary fiction.