Actress Thora Birch's career suffers a blow because of her father's bizarre behavior, and she isn't alone 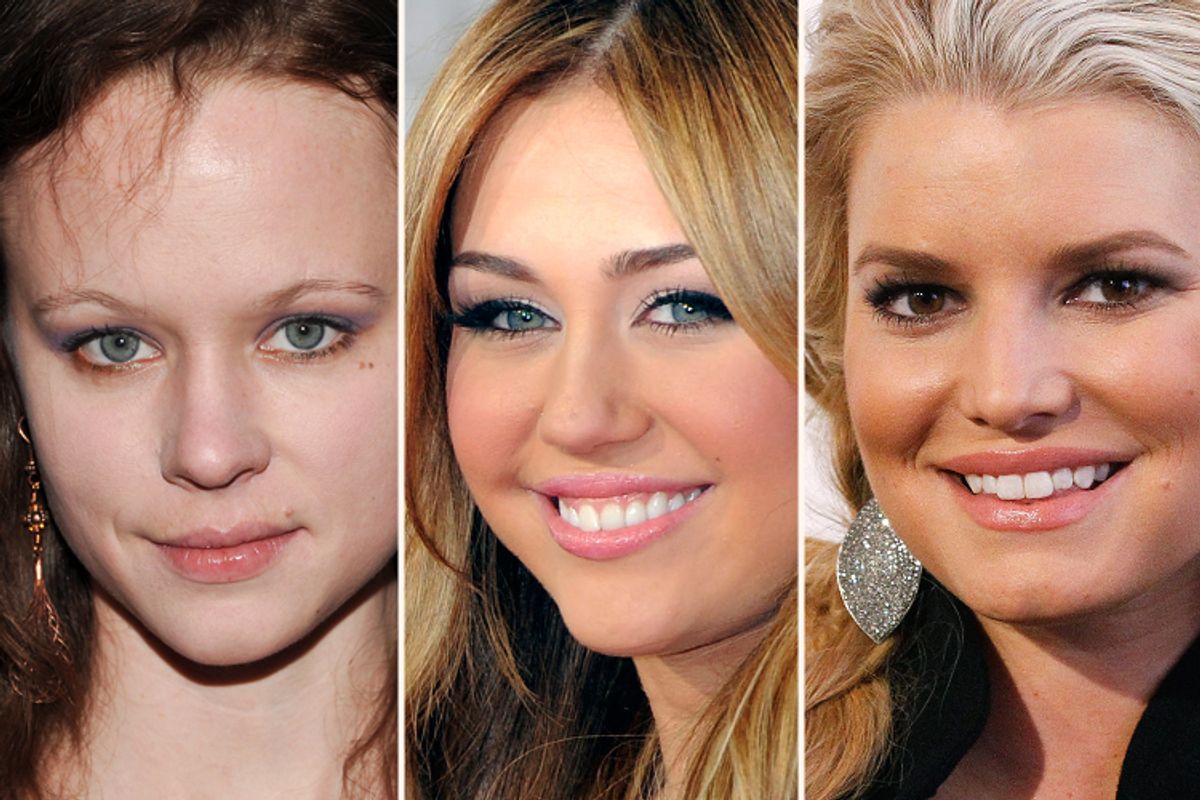 The actor -- whom none of the sides would name -- said that he had been directed to do so as part of the scene. Mr. Birch objected, saying that the back rub was unnecessary, and told the actor to stop. …When the actor tried to explain further what he was doing, Mr. Birch said, according to [director Paul] Alexander: "Listen, man, I'm trying to make this easier on you -- don't touch her."

Her father denies making any threats and says he was just "trying to convey Thora's discomfort" at the on-stage touching. He's also been a "frequent presence at 'Dracula' rehearsals," writes Healy. "At another point during Thursday's rehearsal, Mr. Alexander said he noticed Mr. Birch peering through a window that was part of a library set while a scene with Ms. Birch was underway. 'I couldn't believe my eyes and turned to a crew member and said, 'Is that Jack Birch looking through the window at Thora?'"

The director isn't the first person in the business to insinuate that there is something a bit off about Birch's father: As the New York Daily News reported in 2008, he "insisted on being on set during the filming of a hot and heavy sex scene" and "reportedly told the director where to put the camera so Birch would look her best, and gave the thumbs up sign through out the taping."

Who knows how fair these particular characterizations are, but one thing is for sure: Creepy stage dads are having a moment -- from Jessica Simpson's father remarking on the singer's "double D's" to Billy Ray's oddly intimate nuzzling with daughter Miley Cyrus to Amy Winehouse's dad complimenting her "fantastic" breasts to Hulk Hogan slathering up his little princess in suntan oil (and dating her doppelganger). Just as with the more familiar archetype of the scary stage mom, creepy stage dads attempt to build their own fortunes and fame on top of their children; unlike the scary stage mom, creepy stage dads seem to also want to be on top of their children, literally. But is one actually creepier than the other? I'm not so sure. After all, both tend to live through their daughter's sexuality -- because that's how most young starlets achieve their fame.