Singer tells Jet she'll tell fans why she was in the hospital recently, but she's "putting Aretha together first" 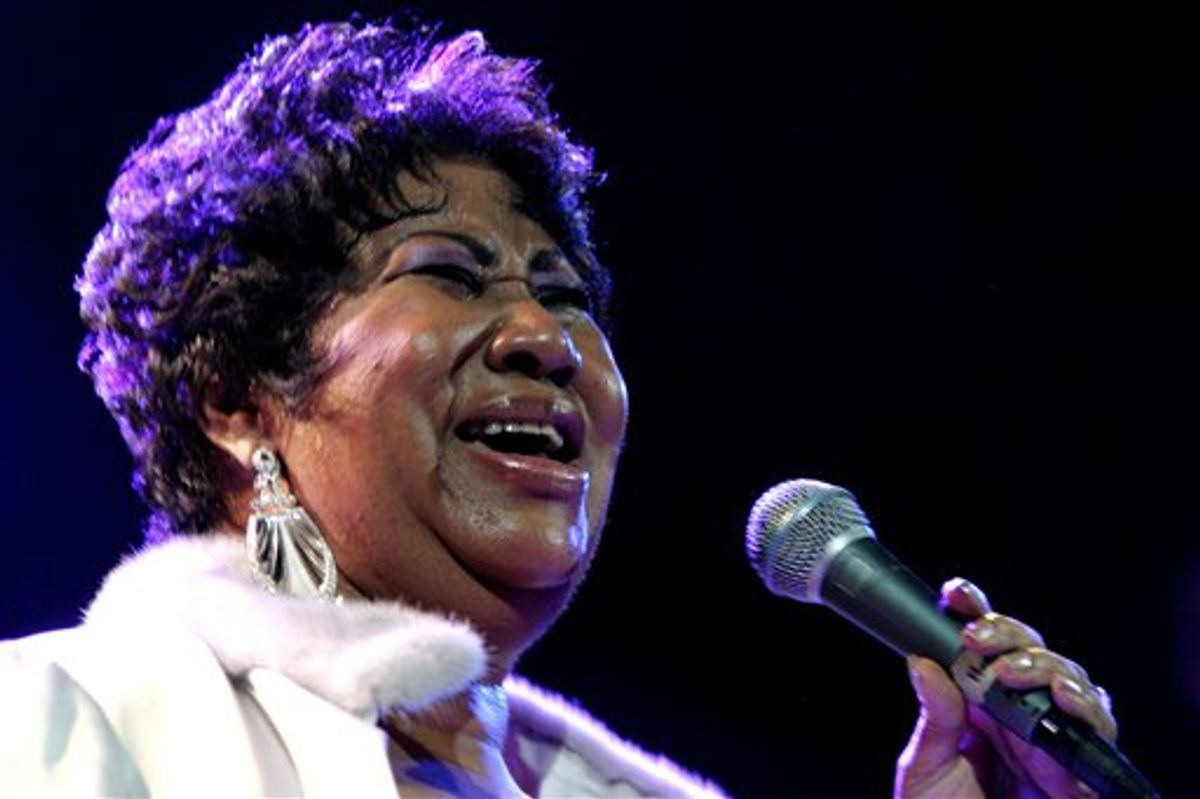 Music legend Aretha Franklin tells Jet magazine that she soon will reveal what prompted her recent surgery at a Detroit hospital.

Franklin told the magazine that friends know she is "a lot more than the girl in the pink Cadillac on the Freeway of Love who also sings about Respect" and that they have prayed for her "without ceasing."

The 68-year-old Queen of Soul underwent an undisclosed surgical procedure earlier this month. Franklin already had canceled concert dates and personal appearances through May.

Franklin said in a statement Wednesday that she had been home from the hospital for three days and that she has a private nurse.

She tells Jet she's "putting Aretha together first," and that doctors have ordered eight weeks of rest.