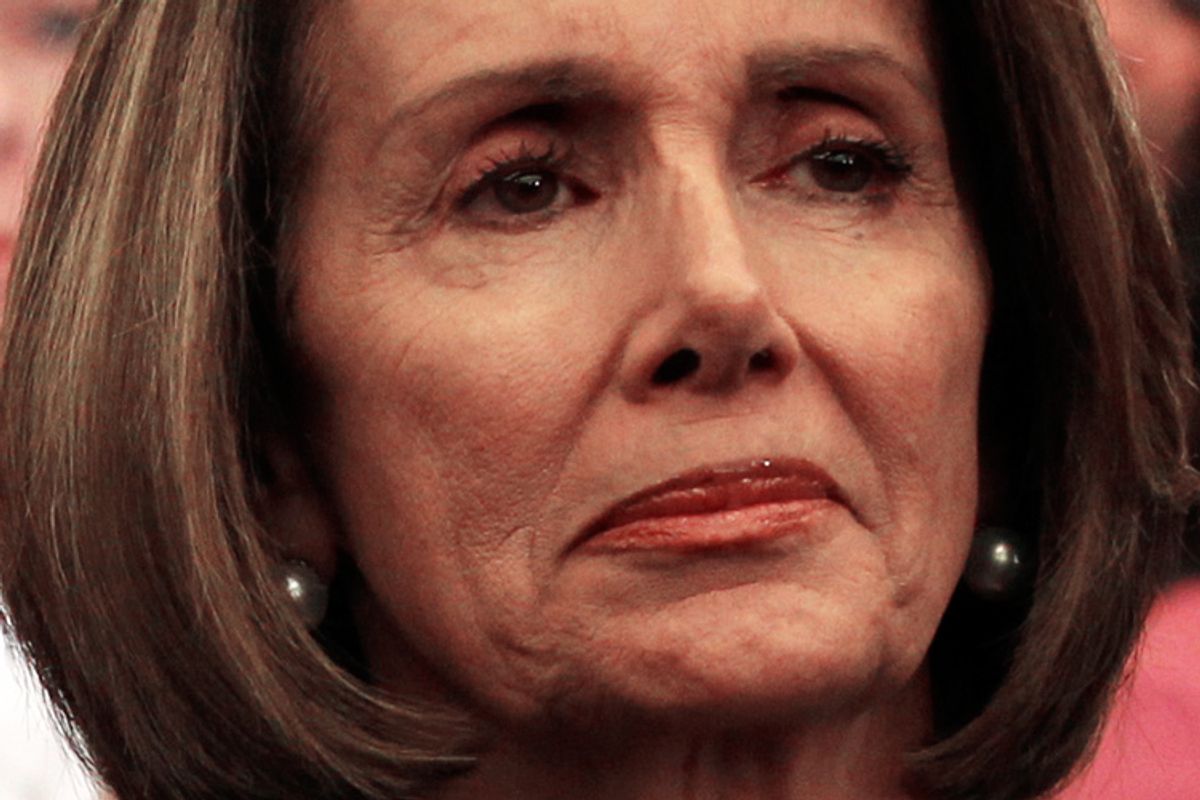 So this is what bipartisan unity looks like. Rush Limbaugh and Nancy Pelosi agree on at least one thing -- they really, really didn't want to pass Obama's tax cut deal. But in the end, House Democrats bowed to the same reality that brought the White House to the bargaining table -- after the thumping of the midterm elections, they had no leverage to cut a good deal.

So after a very long day, with the clock about to strike midnight on the east coast, Democrats and Republicans joined together to approve the deal, by a handy margin, 277-148 The final vote was not, however, as overwhelming as the Senate's 81-19 total. 111 Democrat representatives dissented, and they did not look like happy campers, as the stood, arms folded across their chests, as the final votes were tallied.