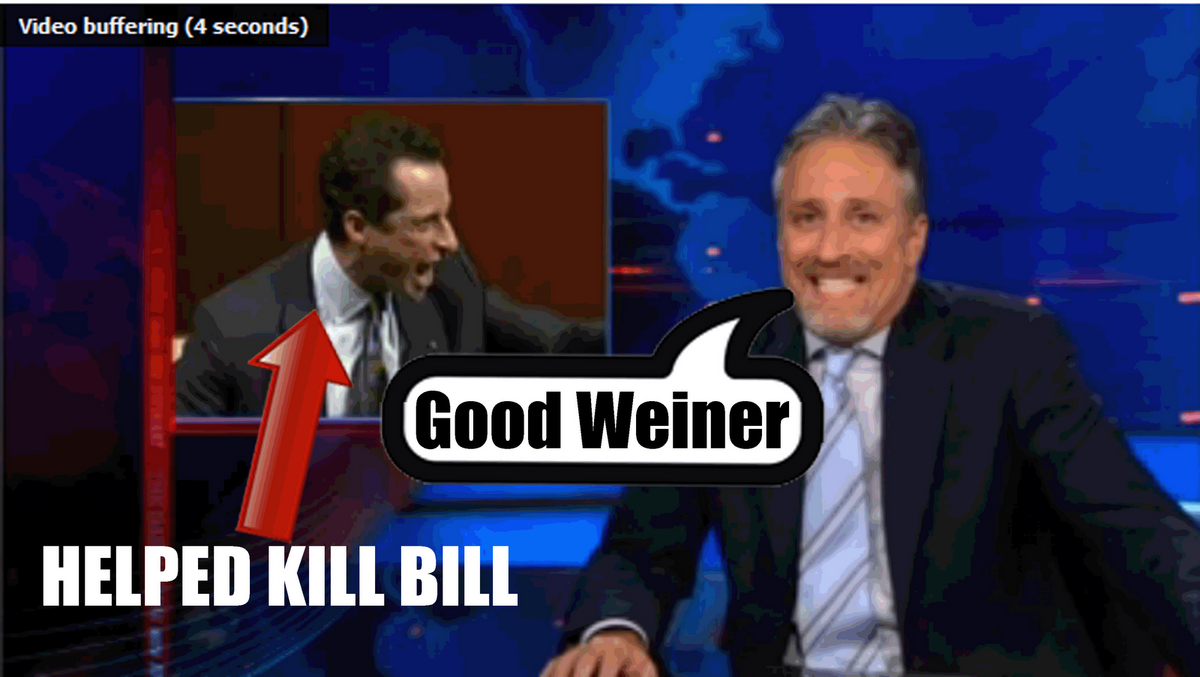 A still from the "I Give Up" segment of the Daily Show following the first time GOP senators blocked the 9/11 Bill.
--

Last night, in his final "Daily Show" of the season, Jon Stewart dedicated the entire program to a topic he's championed more than any other media personality: the 9/11 First Responders Healthcare Bill.

The bill passed the House earlier this year but has been subsequently blocked by Republicans in the Senate who vowed not to consider any other bills until the Senate dealt with funding the government and extending tax cuts.

"I would like to see one of these senators have the balls to explain why somehow getting a tax cut extension for wealthy Americans is more important than suffering Ground Zero workers," Stewart said.

Four first responders to the Twin Towers joined Stewart onstage. All four suffer from the toxins they were exposed to on Sept. 11. One has Stage 4, inoperable throat cancer. Kenny Speck, a New York firefighter also diagnosed with cancer, said first responders are "disgusted and disappointed" by the GOP's actions.

The Internet community, spurred by Stewart's unwavering dedication to covering the bill, is wondering: Why isn't the rest of American media raising a cry over this?

Here is Stewart's interview with the first responders: