The Republican congressman who supported terrorism

The GOP congressman launching an investigation of U.S. Muslims has his own history of supporting terror 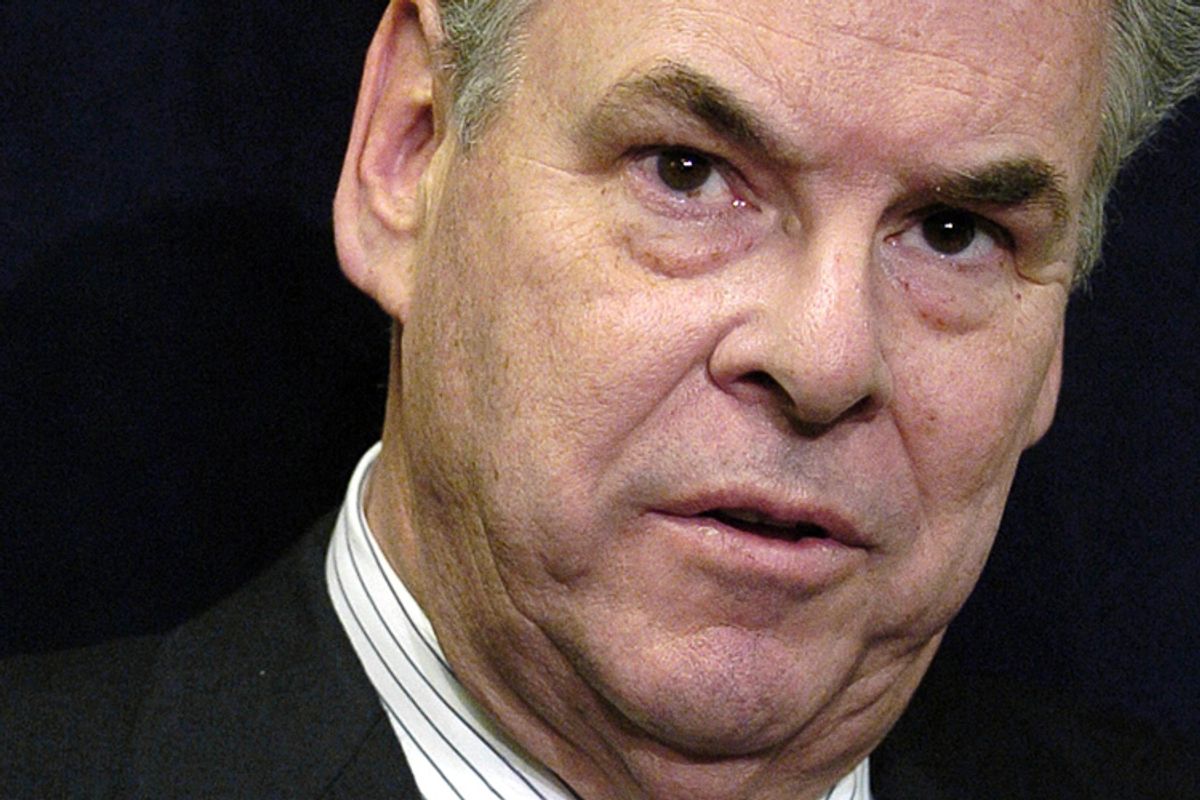 Rep. Peter King, R-N.Y., is set to assume the chairmanship of the House Homeland Security Committee in January, and today comes the news that he intends to launch an investigation of "radicalization" among American Muslims.

In some perverse sense, King, who has represented part of Long Island in Congress since 1993, may be just the man for the job: He spent years openly supporting the terrorist Irish Republican Army.

The journalist Alex Massie has ably documented King's history with the IRA, a group that he did not break with until 2005:

In the 1980s, he was a prominent fundraiser for Noraid, the Irish-American organization that raised money for the IRA and was suspected of running guns to Ulster, too. Indeed, King's rise to prominence within the Irish-American movement was predicated upon his support for the IRA at a time when New Yorkers were softer on terrorism than they are now. Noraid helped win King his seat in Congress, making him, in some respects, the terrorists' Man in Washington. ...

In 1982 he told a pro-IRA rally in Nassau County, New York, that "We must pledge ourselves to support those brave men and women who this very moment are carrying forth the struggle against British imperialism in the streets of Belfast and Derry." That same year, an IRA bomb killed eight people in London's Hyde Park. Two years later, the IRA almost succeeded in murdering the British prime minister.

If "IRA" were replaced with "Hamas," the sort of fundraising King did would these days earn you a lengthy prison sentence for material support for terrorism.

Ironically, King has since emerged as the member of Congress perhaps most willing to toss around the "terrorism" label; he recently called for the designation to be extended to WikiLeaks. A few years ago, he also made the ludicrous claim that "80-85 percent of mosques in this country are controlled by Islamic fundamentalists." After Sept. 11, he floated the idea of using "tactical nuclear weapons" in Afghanistan.

In another literary twist in the tale, when King did finally break with the IRA in 2005, it was over his frustration with the lack of Irish support for the American invasions of two Muslim countries, Iraq and Afghanistan. King's fear of Muslim terrorism had finally overwhelmed his support for Irish terrorism.