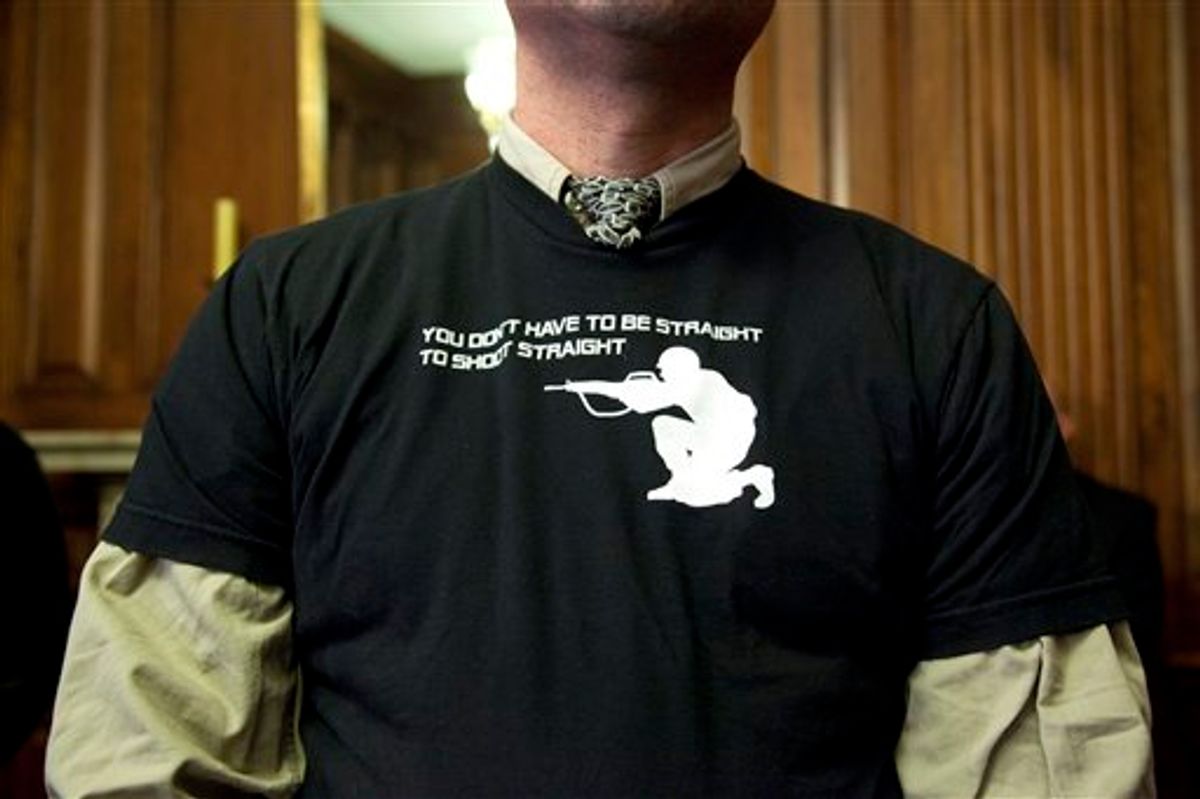 FILE - In this Wednesday, Dec. 15, 2010 file photo, a gay rights supporter watches a news conference on the House vote to repeal the "don't ask, don't tell" policy in Washington. Congress is one step away from ending the ban on gays serving openly in the military, with the Senate ready for a landmark vote that could deliver a major victory to the homosexual community, liberals and President Barack Obama. (AP Photo/File) (AP)
--

President Barack Obama is praising senators as they near passage of legislation that would overturn the military ban on openly gay troops.

Obama says that policy undermines U.S. national security and violates "the very ideals" that members of the armed services risk their lives to defend.

A final Senate vote is set for 3 p.m. Saturday after a test vote in the morning set the stage to send the measure to Obama to sign.

The president says ending the ban will mean that "thousands of patriotic Americans" won't be forced to leave the military "despite years of exemplary performance, because they happen to be gay."

He also says many thousands more won't be "asked to live a lie in order to serve the country they love."