Lindsey Graham too tired to vote for START 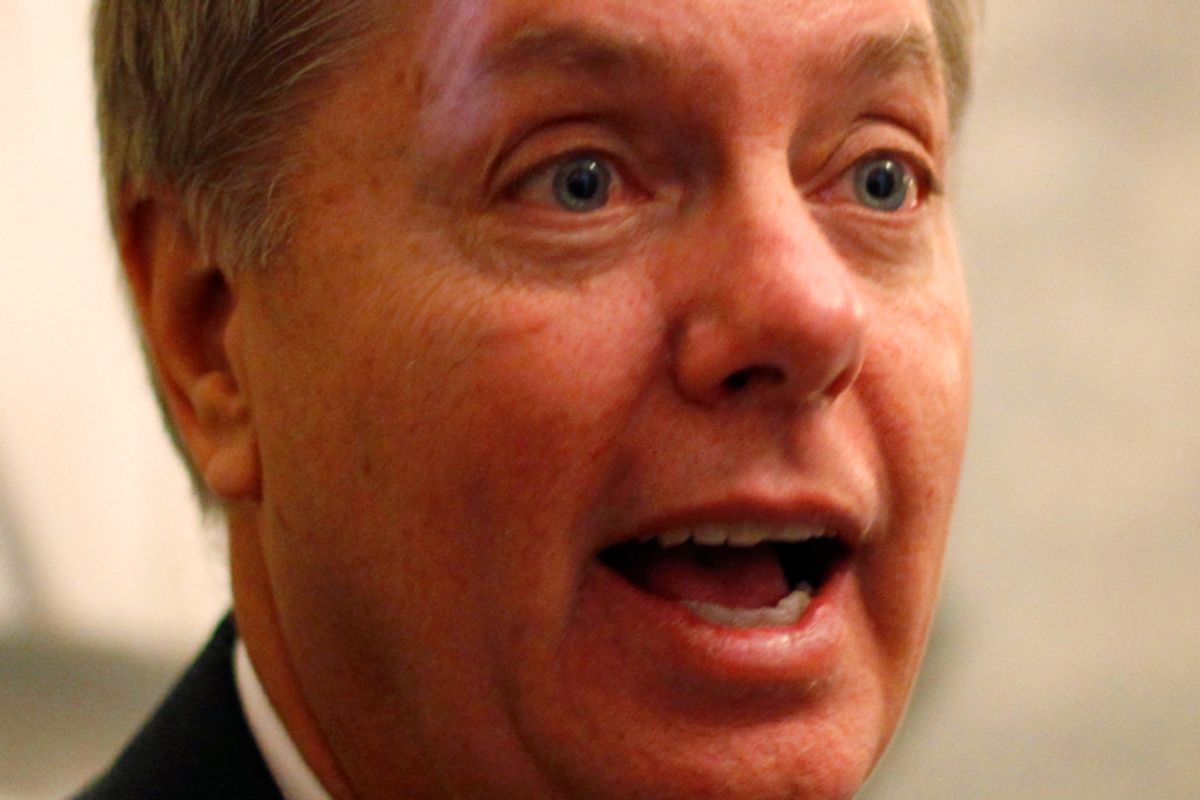 He's been forced to ignore START -- a treaty that was negotiated like, eight months ago? -- because of this voting, this week, on other things: "And I’ve had some time to think about START but not a lot and it's really wearing on the body." Poor Lindsey Graham!

He was so tired that he could barely make it to a television studio the following Sunday to complain, some more, about how much voting he's had to do lately.

"If you want to have a chance of passing START, you better start over and do it in the next Congress, because this lame duck has been poisoned," Graham told CBS News chief Washington correspondent Bob Schieffer.

Who did the poisoning? Those awful Democrats, of course. And their leader -- the man who forced a lame duck vote on "don't ask, don't tell" and even threatened to stay in session through Christmas to get it done -- was Joe Lieberman, Lindsey Graham's close friend, and the man Graham once called "a national treasure."

And because of Lieberman, Graham can no longer support the START Treaty, because it's just too much voting.

At the beginning of the month, Graham said he'd support START once the tax cut issue was taken care of. Now that that's done, it's time to complain about how the GOP isn't going to be allowed to amend the treaty ... because amending treaties means they have to be renegotiated from scratch.