Slide show: It was a year dominated by Facebook, a charismatic terrorist and brilliant family dramas 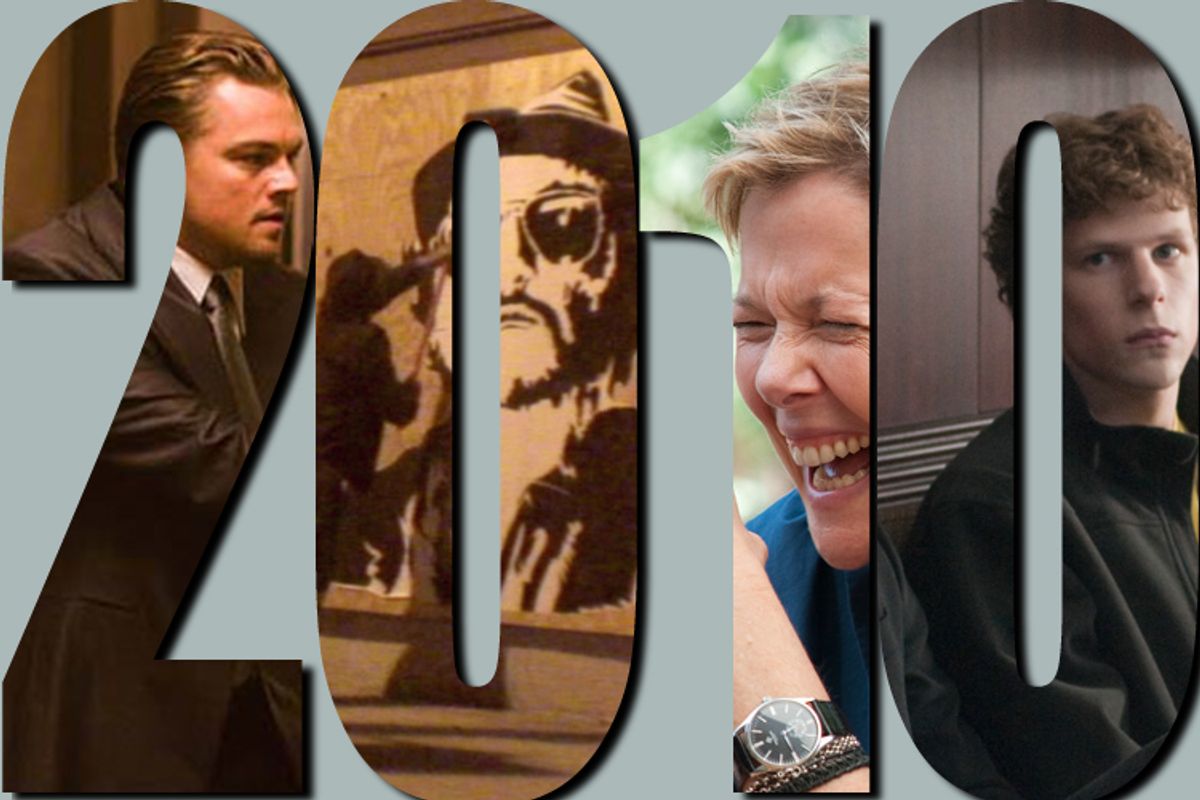 In a year graced with several major films about marriage and family, I'm calling out two pictures about oddly charismatic loners, a pair of men loathed by many and loved by a few, as the most noteworthy movies of the year. Those two guys would be Mark Zuckerberg and Carlos the Jackal, and other than the fact that they're both living adult males born in the 20th century, any further attempt to draw a connection between them is only going to get me in trouble. In both cases, I suppose, the movies made about them have striven to bring the tremendously seductive power of cinema to bear on the confusion of recent history, and portray world-shifting events -- whether it's the OPEC kidnapping of 1975 or the dorm-room creation of Facebook -- through the long lens of drama.

But 2010 is likelier to be remembered for its more intimate moments: A loving, middle-class marriage (that happens to be between two women) jeopardized by an extramarital affair (that happens to involve a man); a royal couple, struggling to untangle the roots of a devastating speech impediment; a rural teenage girl searching for her missing father, with the full weight of adulthood suddenly dumped on her shoulders. Fifteen of the top 20 films on my official 2010 Movie List are largely or exclusively stories about couples and/or families. (I should note that some movies on that list I watched at festivals, and have not been released in theaters this year.) Since that list is nearly complete for the year -- it's just possible another movie or two will still sneak in somewhere near the top -- I've devised a sort of right-brain, impressive alternative to the familiar top-10 list: a slideshow of the most meaningful and memorable moments and performances I encountered in this year of moviegoing.