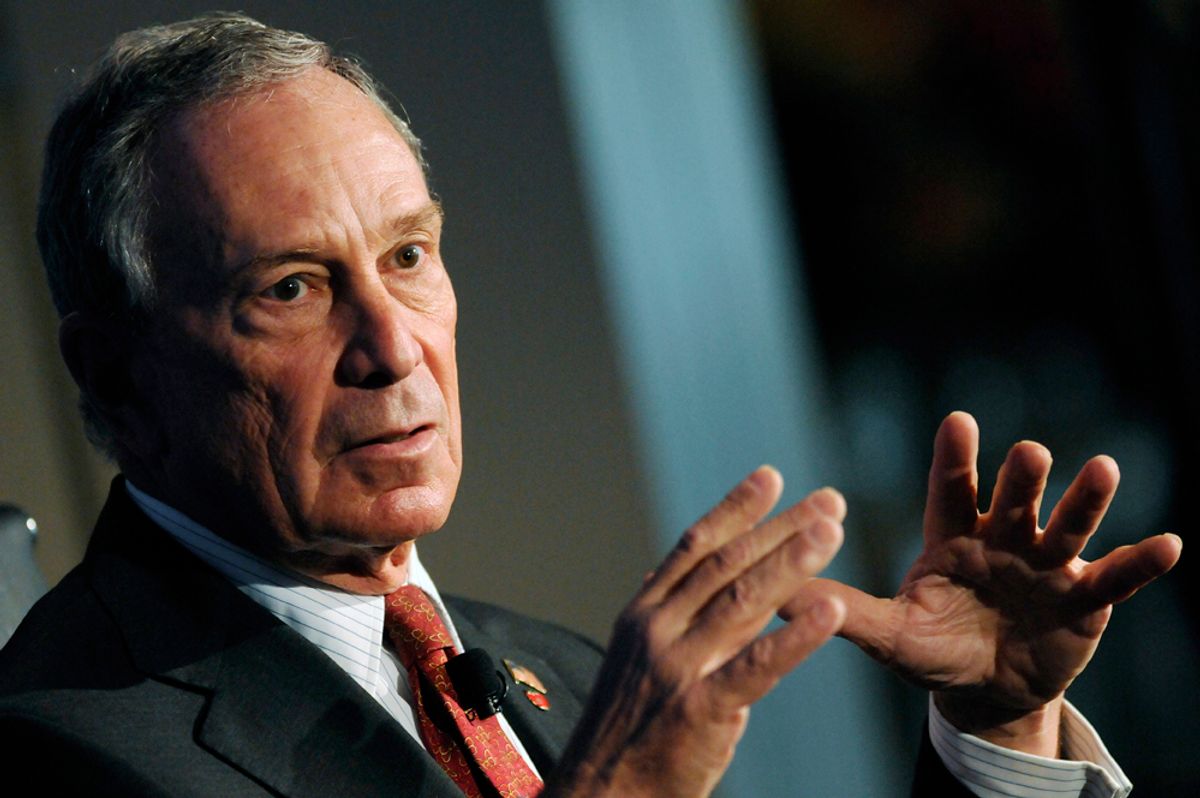 But where other news organizations peddle cant and bias on their editorial pages, Bloomberg View will offer only "ideology-free, empirically-based editorial positions about the pressing issues of our time," in the words of Jamie Rubin, one of the service's two executive editors and a former assistant secretary of the State Department.

This is the purest expression yet of the pathology of Bloomberg. His "opinion section" refuses to admit that its opinions will be anything other than cold, objective, science-based facts. The Bloomberg position is considered to be the "ideology-free" position. You have to be terribly self-satisfied and fairly stupid to think that whatever you think about things is the "ideology-free" position (which is different from thinking you're just plain right about everything, a common enough trait among basically everyone). But Bloomberg is apparently either ignorant of the definition of the word "ideology" or he's a radical Marxist determined to prove Althusser and Gramsci right.

Bloomberg is a pro-corporate, pro-nanny state "liberal" Republican, and I imagine that his opinion section will espouse roughly the same opinions -- which means it will match up nicely with almost every other mainstream non-far-right editorial board in the nation.

Not that Bloomberg wants to hear that! Because at the center of his political identity is the notion that everyone else is a partisan hack, and he is America's one true clear-eyed independent:

But doesn't every editorial writer think that his arguments are rooted in impartial truth while the other guy's are nothing but wishful thinking? I asked that question of Bloomberg News editor in chief Matt Winkler. He told me that Bloomberg View will be "based on a sensibility that attempts at least to understand what are all the facts that we're dealing with when we bring our wisdom to an issue ... to look at things as they are and then to come up with a solution to make them better. It's a realistic approach."

OK, but ... attempting to understand the facts and then coming up with solutions to make problems better is what every honest opinion columnist or partisan journalist in the world does. There are plenty of columnists who intentionally misinterpret facts and ignore evidence in the service of a political point, but a) those are the hacks and b) I'm positive Bloomberg View will do the same thing, once it's up and running.

Good luck, Bloomberg View! I look forward to including you guys on some future list I may or may not construct.