Why this will sink Haley Barbour in 2012

Conservatives will have plenty of options, and Barbour's just given them a reason to dismiss him 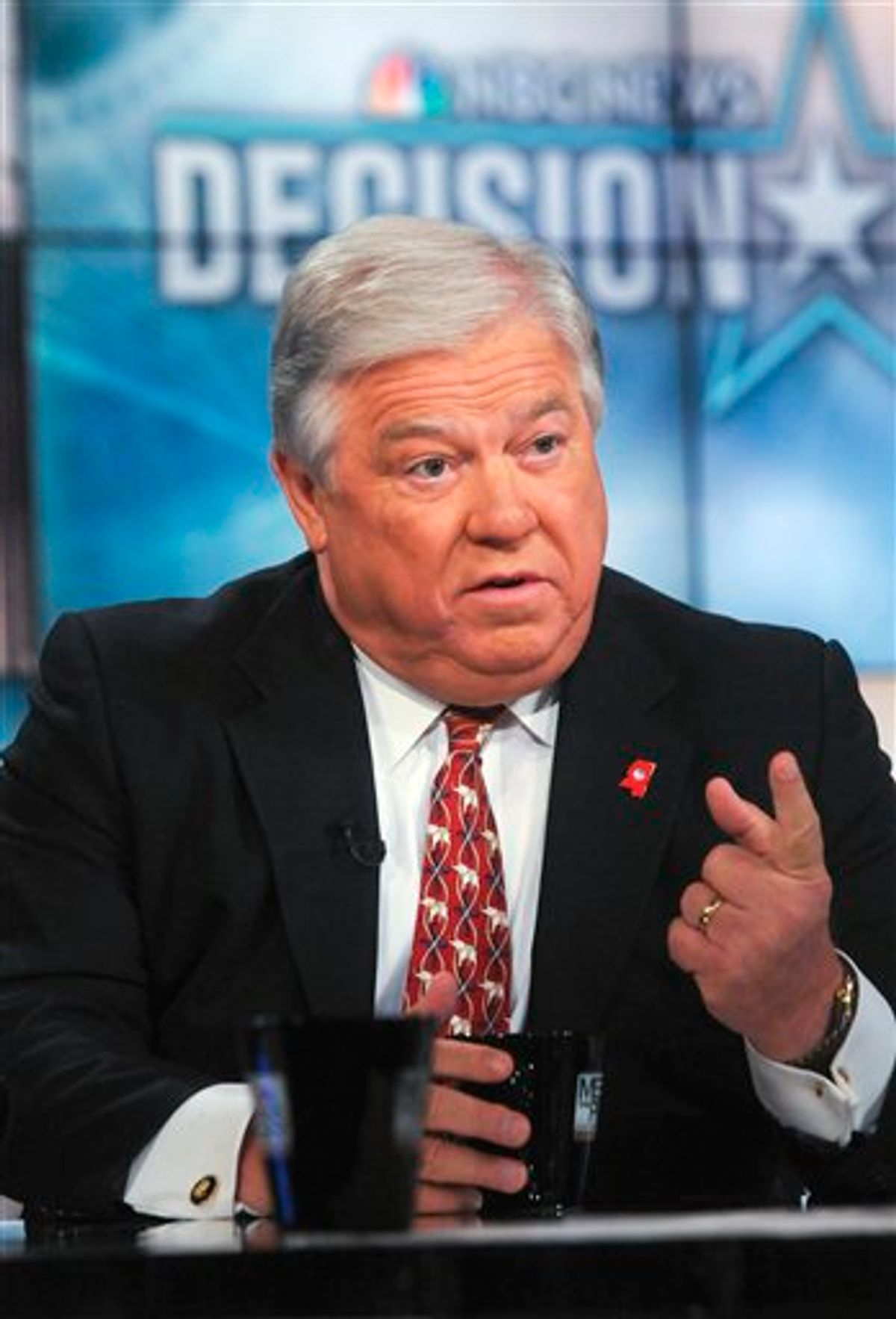 There is a school of thought that Haley Barbour's comments about life in the civil rights-era South and Yazoo City chapter of the White Citizens Council represent some kind of cunning, premeditated political strategy -- that the Mississippi governor, in provoking the wrath of liberal commentators, is now poised to win over sympathetic conservatives for a potential 2012 White House bid. As the New Republic's Jonathan Chait puts it:

His past is not racist enough to disqualify him, but it is murky enough to spur the liberal media to raise questions. And thus Barbour will be in the position of being the white conservative attacked by liberals for his alleged racism. Even the hypothetical possibility of racial question being raised is enough to make Ferguson defensively sneer at the elite liberal media. The actual reality of it will surely make Republicans rally to Barbour.

My sense, though, is that the political implications for Barbour and his presidential hopes are a lot more complicated than this.

Yes, it's true, getting liberals to gang up on you is generally a good way to get ahead in today's Republican Party, and there are probably plenty of conservatives -- especially in the South -- whose main takeaway from this flare-up is that Barbour has been victimized. But really, how many new, lasting fans will Barbour pick up through this episode? His credentials as a good ol' boy Southerner were unassailable without Barbour ever saying a word about segregation. Just look at the man and listen to how he speaks. White Southern conservatives -- the people who are most likely to feel kinship with Barbour during this controversy -- don't need Barbour rewriting civil rights history in public to be satisfied that he's one of them. Playing dumb about the White Citizens Councils is almost the kind of move you'd expect Mitt Romney to make -- a desperate, transparently phony effort to curry favor with voters who are pivotal to his campaign and who have been extremely resistant to him. It's not something Barbour had to do.

And it's especially not something he had to do when you consider the general election implications. Republicans, even (or especially) those who sympathize with Barbour, badly want to beat Barack Obama in 2012. The primary field figures to be crowded. There will be several candidates who are generally acceptable to conservatives. If it appears that Barbour's racial history -- remember, this is not the first time he's essentially tried to whitewash the history of the civil rights era -- will make him a weak candidate against Obama, Republican opinion leaders (and voters) will pass him over. In fact, we're already starting to see this. Perhaps the single most significant reaction to Barbour's comments comes from the National Review's Jim Geraghty, who is now turning on Barbour, concluding that his Weekly Standard interview is part of a broader, troubling pattern. In particular, Geraghty is bothered by a watermelon joke that Barbour, then a 35-year-old Senate candidate, told in front of a New York Times reporter in 1982. He writes:

It is possible to put this together and make a legitimate argument against Barbour: He is governor of a state that played a central role in the Civil Rights Movement, and yet today sees a long, difficult, sometimes violent, struggle for equal rights as all too easy and driven by consensus. Having seemed oblivious to the hardship and pain of Americans who were denied their God-given rights in the past, a voter might wonder if he would, as president, be properly vigilant against modern examples of Americans unjustly denied their rights.

In other words, you don't have to be a liberal to be bothered by Barbour's comments. Much more likely, then, is that Barbour wasn't executing a strategy to win over the GOP base when he opened up to the Standard: He was just being himself. As Geraghty puts it, "Where others in Mississippi experienced a painful, frightening, scarring struggle to recognize and assure the rights guaranteed all Americans, Barbour experienced a pleasant upbringing and was largely unaware of and unaffected by Civil Rights era conflicts as a child and a young man."  Will this episode stop him from seeking the GOP nomination in 2012? I doubt it. But will it stick in the minds of influential conservatives and Republicans when it comes to choosing between Barbour and the eight or nine other candidates in the race? I bet it will.