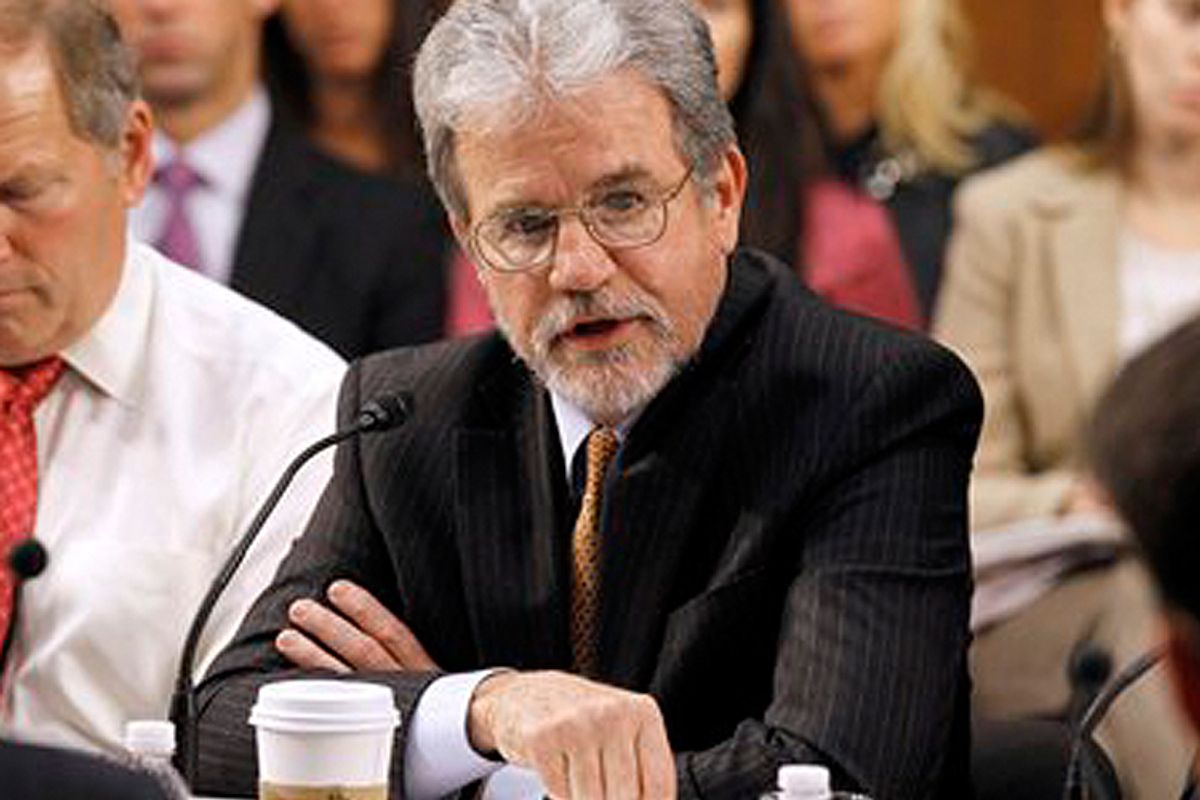 Intransigent "deficit hawk" Tom Coburn is finally dropping his threat to single-handedly obstruct the 9/11 first responders healthcare bill in the Senate. He's dropping his threat because he won: The bill, which already went from $7.4 to $6.2 billion in benefits and compensation, is now down to $1.5 for benefits and $2.7 for compensation. In addition to the cut in funding, the fund will now permanently close after five years.

Coburn's original objection was that the bill was too pricey -- though it was paid for by closing tax loopholes, which means that his real objection was that rich people were going to have to pay for non-rich people to have their illnesses treated. Here he is last night complaining that the government doesn't have "an extra $11 billion" for sick first responders (Coburn made up the cost of the bill because he didn't like the way the CBO scored it):

A bit of history: Coburn voted yes on exempting millionaires from the estate tax, and yes on tax cuts on capital gains and dividends, but he has been fighting fiercely to stop the government from paying for treatment for 9/11 first responders with cancer. (Un-fun fact: Coburn's a medical doctor and a cancer survivor himself!)

Democrats want to pass the bill using unanimous consent, so that they can finish the lame duck session before Christmas, but obviously that allows Coburn to block the bill by himself. A cloture vote would require breaking a filibuster, which might be possible, but would allow Coburn to delay the vote until next week -- at which point the House may not come back into session to vote. So negotiators were forced to acquiesce to Coburn's demand that the bill become significantly less generous.

A group of first responders attempted to meet with Coburn earlier today, but they were forbidden from entering his office: