How Obama can stop a GOP redistricting bonanza

The new census numbers could be devastating to Democrats. But Obama can defend his party -- if he's ready to fight 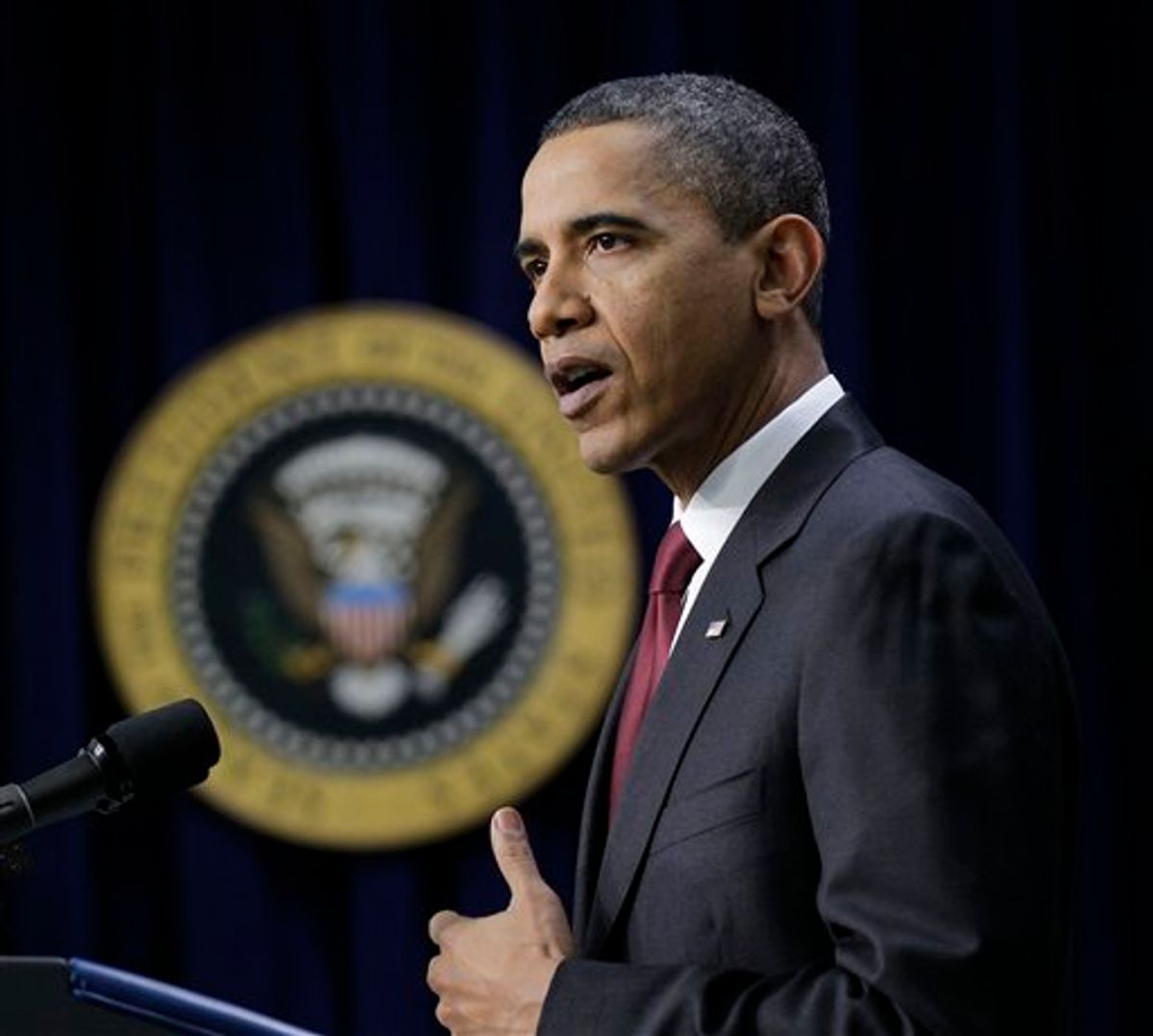 Tuesday's announcement of the final census numbers confirms that Republicans will for the next decade be the primary beneficiaries of massive exurban population growth. Right-leaning states like Arizona, Florida, South Carolina and Utah are set to gain seats in the House of Representatives when the lines are redrawn for the 2012 election, while strongly Democratic states in the Northeast and Midwest will shed seats.

Moreover, the sweeping gains Republicans posted in gubernatorial and state legislative races last month will give them control of the map-making process in virtually every key malleable state. In other words, the GOP could be positioned to use redistricting to cement its new majority in the House for years to come.

If Republicans do decide to mount a concerted push to radically redraw congressional maps in their favor, they could potentially squeeze out an impressive number of new seats. But they could also be stopped in their tracks -- if the Obama administration is willing to use the Voting Rights Act to fight them.

Pursuant to Article I of the Constitution, congressional reapportionment takes place every 10 years. Because the stakes are so high, the process has been bitterly contested by the major parties since the start of the 19th century. The lines are due to be redrawn for the 2012 national elections, and with the 11 new governorships they won this fall, Republicans have the upper hand.

In many smaller states where Republicans control (or will soon control) both governorships and state legislatures -- like Alabama, Idaho, Oklahoma, South Carolina and Wyoming -- this monopoly matters little for redistricting, since their delegation sizes aren't that big to begin with (and in many cases, the GOP is already squeezing the most it can out of them). Yet in states like Ohio and Pennsylvania, which are already due to lose seats because of stunted population growth, the GOP could have leeway to cut down blue seats at will.

In some key states, Democrats will have majorities in at least one legislative chamber, which will give them a measure of power to resist aggressive GOP mapping efforts. By far, though, Democrats' best weapon will be the Voting Rights Act. But they'll only get to use it if Republicans over-reach just enough -- and if the Obama administration is really willing to get aggressive.

Passed by Congress and signed by Lyndon Johnson in 1965, the Voting Rights Act mandates that states may not hinder minority voting rights through various means, including by breaking up majority-minority congressional districts. It was intended to prevent state legislatures, particularly those in the South, from diluting minority voting strength.

This will be relevant in big, Republican-controlled states that have sizable minority populations. In Michigan and Ohio, which will lose seats, Republicans will probably consider eliminating districts based around Cleveland and Detroit. This would hurt congressional Democrats, given the party's strength in these areas -- but it would also potentially eliminate minority districts. In Georgia, Republicans might attempt to cut majority-black Savannah in half in order to eliminate a current Democratic seat that was specially created by the state Legislature when it was still run by Democrats.

Then there's Texas. Unlike Rust Belt states losing seats because of population shifts, the Lone Star State is set to gain four new House seats. With a fiercely partisan Republican governor, Rick Perry, and huge new GOP majorities in Austin, Republicans are already considering making three of these new districts solidly Republican, even though the state's population expansion comes in large part from Latino growth in South Texas (as well as enormous growth in the Dallas and Harris County suburbs). Additionally, Republicans may seek to change the composition of two swing districts in heavily Hispanic areas (one around Corpus Christi, the other El Paso) that they just won from Democrats last month.

Collectively, Republicans could net 15 new seats nationwide by imposing a series of brutal maps. But gerrymanders of this scale would likely violate the spirit, if not the letter, of the Voting Rights Act. Any violation would have to be pursued by the Obama Justice Department, on the grounds that the new districts unlawfully minimize minority voting rights. Doing so, though, could lead to a years-long legal fight -- one that would spill over to the political arena, with vicious partisan recriminations. If his weak record on the judiciary is any indication, Obama will have little appetite for such a raw fight.

In his two years on the job, Obama has offered fewer judicial nominations than any of his modern predecessors (despite enjoying an enormous Senate majority), the Justice Department has failed to settle on a location for trying Khalid Sheikh Mohammad, and it wasn't until the past few weeks that Obama bothered to issue his first pardons -- nearly all for minor, uncontroversial offenses. While all of this is unrelated to voting rights, the administration’s record shows a clear aversion to tackling critical legal decisions with deep political implications.

There is no legal area with greater partisan impact than congressional redistricting. Given the stakes, it's really just a question of how far Republicans will extend themselves for partisan gain in the forthcoming redrawing. Because of Republican control of the Justice Department in all of the prior reapportionment years dating back to Nixon, the DOJ hasn't taken an active role in challenging redistricting plans since the early 1960s, when John F. Kennedy was in the White House. Would Obama have the stomach to follow JFK's example? It’s a good question we may get an answer to next year.