"Spider-Man": The pleasure of a musical fiasco 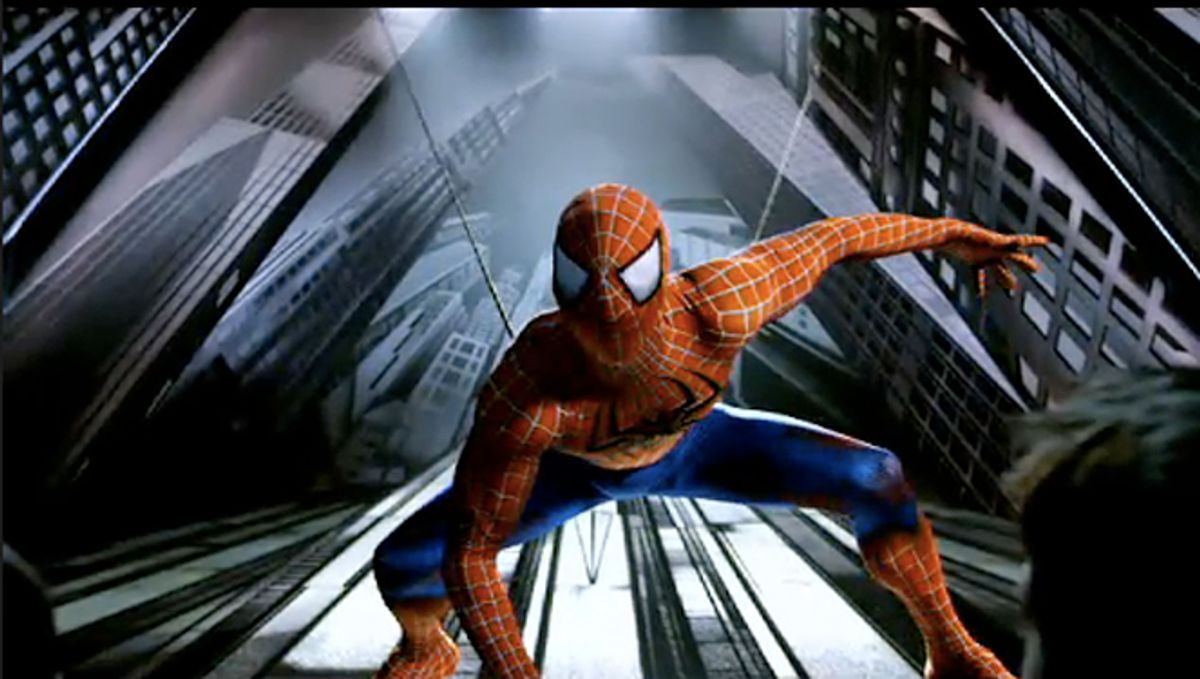 Move over, "Macbeth." The most cursed theatrical work in western civilization is surely "Spider-Man: Turn Off the Dark." Years from now, actors will whisper backstage about "the arachnid play."

On Monday, Broadway's much-hyped, oft-delayed, disaster-attracting new show officially became the Hindenburg of musicals when cast member Christopher Tierney was severely hurt when a cable holding him snapped, plunging him nearly 30 feet into a pit beneath the stage (he's currently recovering with cracked ribs). It's only the latest woe to befall the production, which has been marred by injuries, technical problems and rotten luck galore. "Spider-Man's" creators thought they were selling a show with swing. But it turns out it's more fascinating watching it flop.

If ever there had been a show that seemed cooked up in the blockbuster lab, surely "Spider-Man" would have been it. Take a wildly successful superhero franchise. Add the music of Bono and The Edge. Get the visionary Julie Taymor to direct the thing. Throw about $65 million at it, making it far and away the most expensive Broadway show ever mounted, and blammo, you've a surefire combination of "American Idiot" and "The Lion King" with a comic book twist. Marvel told fans to "mark your calendars" for the highly anticipated opening night: Feb. 18, 2010.

OK, so they were off by a year. The show, which has undergone massive "creative changes" and numerous promised premieres, is now slated to officially open Feb. 7. But Broadway fans weary of that chandelier trick around the corner at "Phantom of the Opera" have been able to enjoy a spectacular -- as in spectacular fiasco -- since last month.

As early audience members have recounted with increasing degrees of relish, that now infamous first preview started nearly a half-hour late and had to be stopped cold five times for various technical problems -- a number that would be impressive at your local middle school's production of "Guys and Dolls." So far, four cast members have been injured during the show. Whoever it is in the production who's holding on to the sacred monkey paw, just give it back to the demon lord and nobody else gets hurt. I'm looking at you, Bono.

Yet for the serious problems that have befallen "Spider-Man," there's something potent in the way they remind us of the primal essence -- and allure -- of theater itself. No sane person goes to a show on the off-chance someone's harness will fail. (OK, maybe I've fleetingly considered it once or twice at Cirque du Soleil.) But despite the proliferation of creaking-through-the-motions, unkillable Broadway warhorses (someday, every man, woman and child in America will have been in the cast of "Chicago"), we still go to the theater because there's nothing in the world like that thrill of sitting in the crowd and watching a never to be duplicated moment unfold. And that, ironically, is what makes this whole nightmarish production a far more interesting story than the already-reviled show itself.

If we want to see a flawless, $65 million superhero story, it's a whole lot easier to just rent "Iron Man" from Netflix again. No, if we're to shell out for tickets that start at $75 a pop and go up to $289 for the "flying circle," we're going to need something even grander than radioactive crime fighters and show tunes from the "Pride in the Name of Love" dudes. Theater is about the excitement of seeing real live human beings doing what they do well -- combined with the element of suspense, the off-chance that tonight might be the night Patti LuPone loses her cool -- an experience an audience just can't get sitting at home watching "Jersey Shore."

Make no mistake: Everything that's happened thus far regarding "Spider-Man" suggests a show that's banal at best and downright dangerous at worst. At this point, the producers should stop taking people's money and just let it go down in the books somewhere between the Edsel, New Coke and "Battlefield Earth." Any struggling local theater company will tell you that you don't need to throw around a few million bucks to mount a disaster, but any local theater company will also affirm that all the money in the world can't buy a hit -- or a show with real heart. And when a production has been constructed with such little apparent soul -- a machine designed to squeeze a C-note or two out of every butt in every flocked, narrow seat -- there's something satisfying about watching it all go haywire. Call if Spiderfreude. Or maybe it's just our love for the feeling that, as they sing in "Mary Poppins," "Anything Can Happen."