"True Grit": A ferocious heroine in a classic western 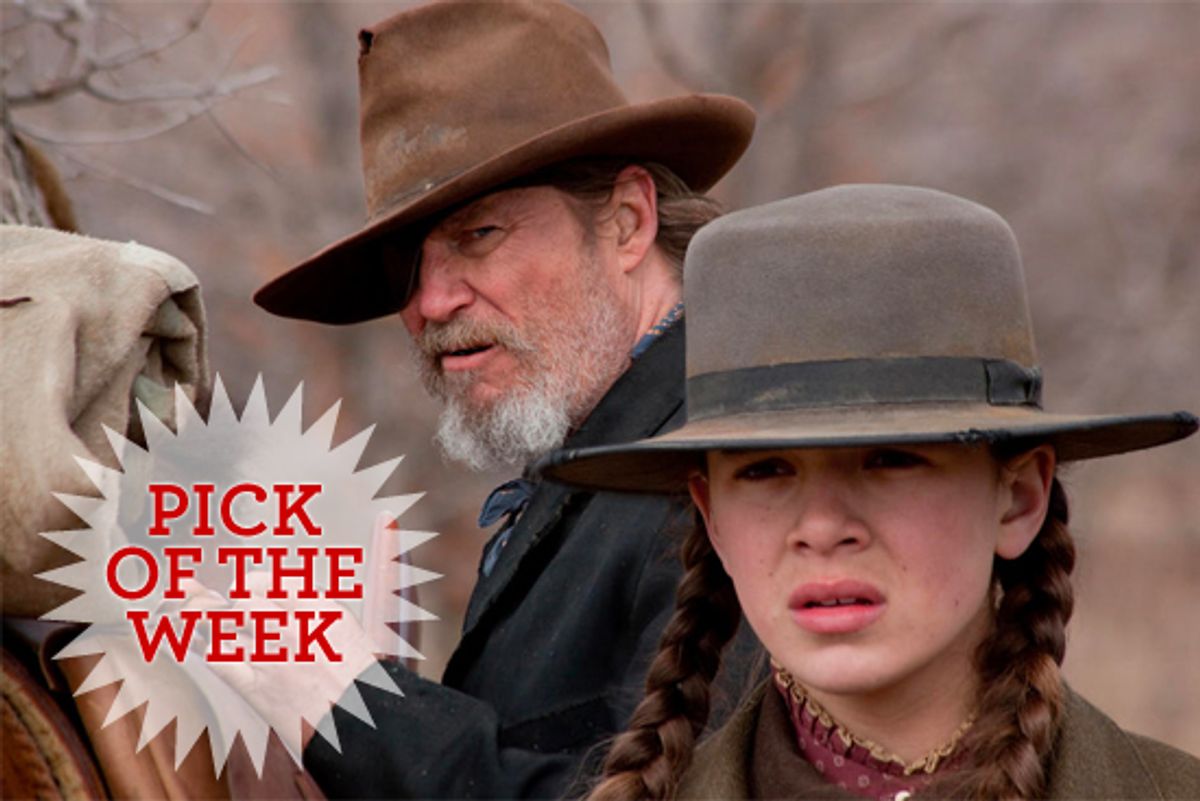 Some people are expressing amazement that Joel and Ethan Coen would set out to make a classic western in the first place, and then that they'd accomplish it. All I can say is that those folks haven't been paying attention. In a recent New York Times article, David Carr described the Coens' richly entertaining new "True Grit" -- which they insist is an adaptation of Charles Portis' novel, not a remake of the 1969 John Wayne film -- as a surprising, family-friendly departure from the brothers' "dark comedies and twisted genre spoofs" and their "murderers' row of cinematic sociopaths." What that means in English, I think, is that the level of violence and cussing in "True Grit" is a lot lower than in "Blood Simple" or "No Country for Old Men," the Coens' previous excursions into the American West.

But it's silly to suggest that the Coens' entire career has consisted of snark and nihilistic bloodletting; these are also the guys who made "The Hudsucker Proxy," "Raising Arizona" and "O Brother, Where Art Thou?" (all comedies, rated PG or PG-13) along with the classic L.A. shaggy-dog farce "The Big Lebowski." (If your family doesn't enjoy spending some holiday time with Jeff Bridges as The Dude, I suggest you get a different family.) Far more to the point, the Coens are formalists first and foremost; I sometimes wonder whether film historians of the future will decide that's the only thing they are. With each new movie, they dive into a specific conception of genre and go all-out, striving to make it their own without violating its terms and conventions. If "A Serious Man" was a knotty, fatalistic Jewish fable, "Burn After Reading" was a spy farce and "No Country" was a dark-hearted, '70s-style neo-noir, then "True Grit" is a western in the John Ford style, informed by the ideology of Manifest Destiny and American Protestant conceptions of morality and justice.

Now, it's also true that the Coens are coming at this classic western yarn from a 21st-century perspective that might misleadingly be called "ironic," but it's better not to get hung up on that. Let's put it this way: Like most Coen films, "True Grit" works on multiple levels and will reward repeat viewings. It's an impressive widescreen spectacle set on the 19th-century American frontier and built around a memorably ferocious performance by 13-year-old Hailee Steinfeld. For reasons having to do with posters and contracts and award nominations, Jeff Bridges, Matt Damon and Josh Brolin are listed as the movie's stars. But as indomitable orphan Mattie Ross, determined to forge into lawless Indian territory in search of Tom Chaney (Brolin), the drifter who murdered her father, Steinfeld is the movie's everything: narrator, conscience, moral and visual center, driving force.

Whatever the opposite of "waif" is, that's Mattie. Following her father's death she travels to the dusty frontier town of Fort Smith, Ark. (in those post-Civil War days, that was still the "West"), in search of a man with "true grit" to help her hunt down the perfidious Chaney. In general, Mattie finds the adult male of the species disappointing (and the adult female virtually useless). In Portis' novel and both film versions, it's perfectly clear whom the title is meant to describe. At least at first, she holds out hope for Rooster Cogburn (Bridges), a drunken, one-eyed United States marshal with a reputation for shooting first and worrying about the legal niceties later. Bridges is great, of course -- but he's really and truly not the star of the movie, and Cogburn is such a growly, crotchety Jeff Bridges type that it's hard to tell whether he's doing any acting.

Perhaps the best thing about "True Grit" (other than watching Mattie stare down the mercantile population of Fort Smith, I mean) is the comic-horrifying way it captures the collision between brutality and civilization in this flyspeck outpost of the American social order. Mattie isn't cowed by witnessing a grotesque hanging in the public square -- one during which an Indian convict is publicly humiliated -- but we may well be. I don't need to tell any student of the Coens that they're masters of idiomatic dialogue, and they rise to the challenge of dense but slangy 19th-century American speech with vigor. When Mattie asks an old woman to point out the sheriff, the lady replies, "Him -- with the mustaches," and it's both hilarious and absolutely right. When Mattie tries to roust Cogburn from a mid-afternoon session in the outhouse, he informs her, "The jakes is occupied. Will be for some time." This may tell us more about the character's digestive well-being and overall health than we want to know, but the 19th century, one suspects, was often a realm of Too Much Information.

For reasons both venal and understandable, Cogburn doesn't want to take a teenage girl into the Choctaw Nation, where he suspects Chaney is hiding out with a band of known ruffians. He forges an uneasy alliance with a cocksure Texas Ranger named LaBoeuf -- it's Matt Damon, very funny with an overcooked gentlemanly demeanor and a set of bristling mustaches -- who is also after Chaney, and the two of them aim to ditch the girl, catch the scalawag and split the reward money. Needless to say, getting rid of Mattie isn't that easy. Hell, it's impossible, and of course as they travel into this mythic landscape beyond the bounds of law, the true grit of all three of these misfits will be tested. Cinematographer Roger Deakins, a longtime Coen collaborator, begins to back away from the characters as they become figures in a bleached-out, majestic landscape.

On balance, I think "True Grit" is much better in its first half, when the focus is most strongly on Mattie's fearlessness and forcefulness, than in its second half, which describes an archetypal and almost spiritual odyssey into the wilderness and back again, with a requisite number of battles and adventures along the way. Without giving away anything significant, let me suggest that Mattie's homeward journey back to Fort Smith, after her fateful meeting with Chaney and his band, is perhaps the most beautiful and heartbreaking passage in any Coen film, and should put to rest any notion that they're incapable of sentiment or lyricism. (This is lyricism demanded by the form, of course. If the Coens made a children's movie ... hey! I wish they would already!)

For now, I'm going to suggest that "True Grit" is a winning western with just a few dark eddies beneath the surface, one that features a star-making lead performance and some spectacular photography, but falls just short of being great. But I've been down this road before with Coen movies, so let me attach an asterisk to that verdict. (Here's what I wrote after my first viewing of "No Country for Old Men," and mea maxima culpa on that one.) No one can tell you whether to like or dislike a film, of course, but I think grasping what the Coens are up to, in "True Grit" or anything else they've ever made, almost always requires multiple viewings. Form is content and meaning for them, which is why they resist talking about those things in isolation. To suggest that "True Grit" is a commentary about race and the social role of women and the relationship between self-reliance and community in American history is essentially to insult the Coens' intelligence, and yours. It's a western movie, which is a shorter way of saying all that stuff.