Even compared to the manifest swindles and perversions of the past 20 years, we haven't seen anything like Fox News 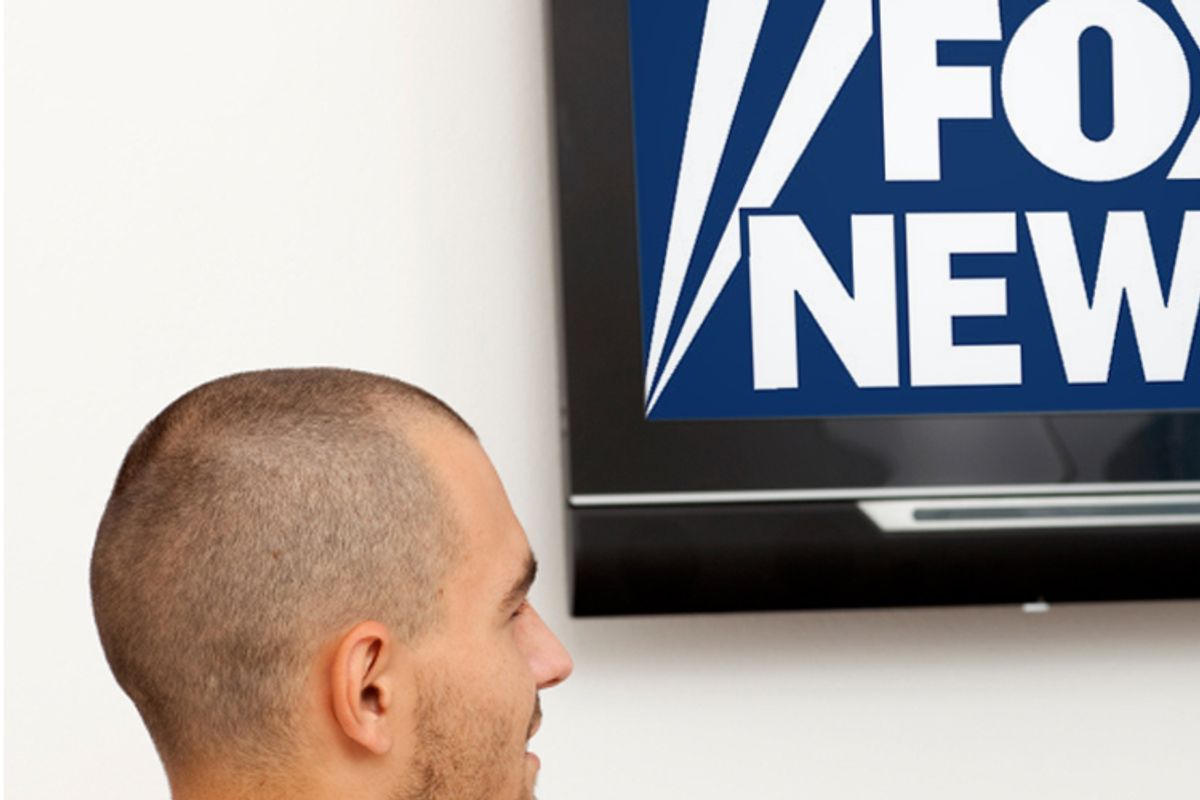 Recently, I reread Orwell's "Looking Back at the Spanish War." The 1943 essay summarizes what he learned as a volunteer militiaman fighting for Spain's Socialist government against Franco's fascist-backed rebels -- a bitterly disillusioning experience that inspired his three greatest books: "Homage to Catalonia," "1984" and "Animal Farm."

In it, Orwell describes the corrosive effect of politicized mass media. In Spain, he wrote, "I saw newspaper reports which did not bear any relation to the facts, not even the relationship which is implied in an ordinary lie. I saw great battles reported where there had been no fighting, and complete silence where hundreds of men had been killed ... I saw newspapers in London retailing these lies and eager intellectuals building emotional superstructures over events that had never happened. I saw, in fact, history being written not in terms of what happened but of what ought to have happened according to various 'party lines.' "

Welcome to the contemporary world. My own preoccupation with the awful harm caused by slipshod journalism concerned a less momentous but nevertheless troubling event. I can still recall exactly where I was sitting when I discovered that a front-page report of a highly publicized Little Rock murder trial bore no relationship to the actual courtroom testimony or crime scene photos introduced into evidence. I had the transcript and photos in front of me.

Rather, the article reflected the crackpot theories of a publicity-mad sheriff who used the case as a springboard for his political ambitions, ultimately ending up in the U.S. Congress. The effect was to cast suspicion upon an innocent man for allegedly murdering his wife -- a dark shadow he never entirely escaped despite being exonerated several times in courtrooms and grand juries. I used to think it was a peculiarly local event. The story is told in my book "Widow's Web."

Then came the great Whitewater hoax, during which the allegedly liberal Washington/New York press corps pummeled a Democratic president for eight years based upon transparently false, trumped-up charges. Most disturbing to me, as a journalist who'd long worked for many of the same magazines and newspapers pushing the scandal but who lived in Arkansas, was realizing that the "mainstream media" had acquired property rights in the bogus narrative. Correcting the record was seen as vandalism.

Reversing the errors and filling in the blanks would have made the "scandal" collapse like a soufflé. But that never happened, because everybody peddling the story (and feeding from the hands of the political apparatchiks who invented and sustained it) collectively agreed not to notice even clearly dispositive facts.

One time, a widely touted witness actually passed out and had to be helped from a Senate hearing room, never to return, after being confronted with documentary evidence contradicting her testimony. It was as farcical as a Monty Python skit, and broadcast nationally on C-Span. The newspapers and TV networks committed to the scandal highlighted her false accusations yet contrived not to mention the swoon.

I came to understand that the honor code according to which journalism allegedly regulates itself applied mainly at the lower levels. Big-time political journalism operates according to celebrity rules. Fake a byline in Des Moines and you're finished. Help start a war by trumpeting cherry-picked and downright fabricated "intelligence," as The New York Times, Washington Post and the same TV networks that promoted Whitewater subsequently did, and win a guest shot on "Meet the Press."

It also helps if Democrats are the victims of your malfeasance. Does anybody think that Dan Rather's ignominious exit from CBS News would have happened had the object of his unverifiable reporting been Barack Obama instead of George W. Bush? Republicans get even; Democrats act as if they believed all that humbug about liberal media bias.

Anyway, I wrote all that to say this: Even compared to the manifest swindles and perversions of the past 20 years or thereabouts, the United States has never seen anything like Fox News. The closest comparison to what Fox does daily would be the party-line propaganda sheets of the far left and extreme right that made Orwell worry "that the very concept of objective truth is fading out of the world."

Recently, the Program on International Policy Attitudes (PIPA) at the University of Maryland released yet another study documenting Americans' lamentable ignorance of public events. It found that regular Fox News viewers were "significantly more likely than those who never watched it to believe" many things that are objectively false: the economy is worsening, that most Republicans opposed TARP, that the stimulus contained no tax cuts, that their own income taxes had increased, that most scientists doubt global warming, etc.

A deluded citizenry can't effectively govern itself. Yet complacency and institutional cowardice causes "mainstream" media to play along with the fiction that Fox News is an ordinarily craven, celebrity-driven news organization.