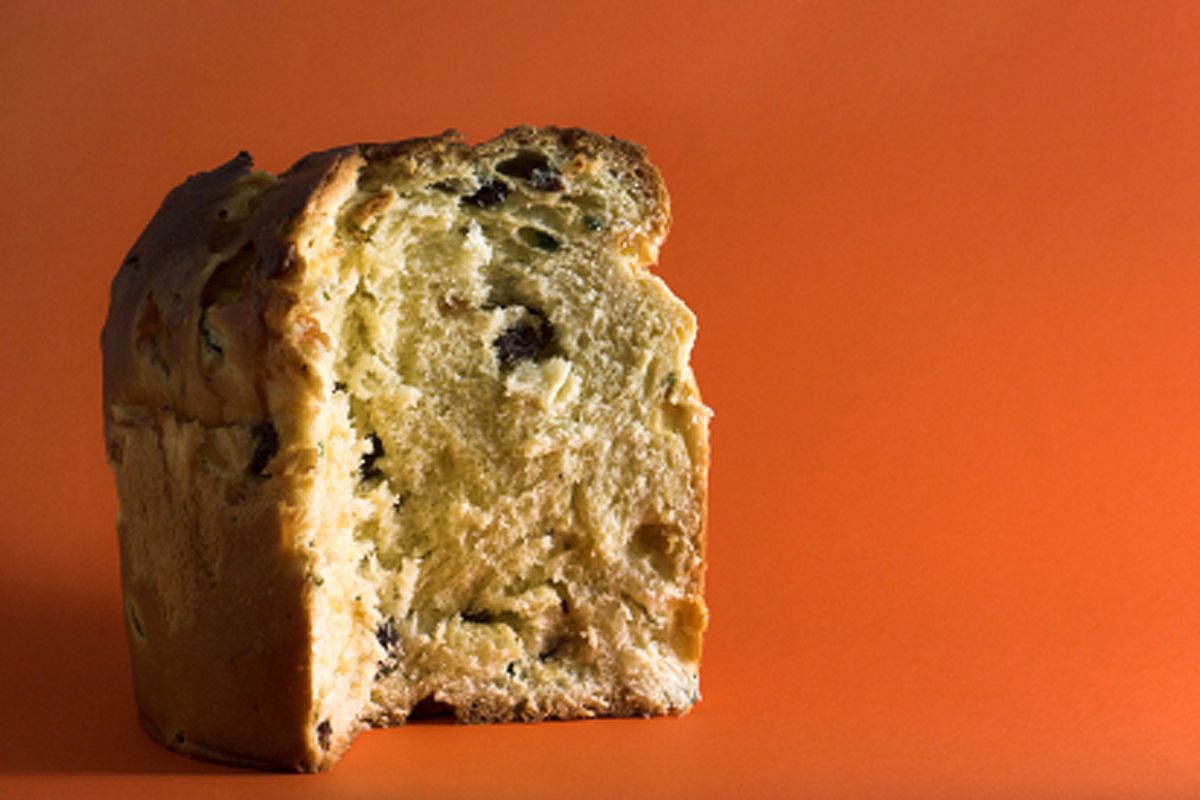 "Dude, this was $70." I plopped down a loaf of bread. It was the second morning of my friend Chuck's visit, and this is how I greeted him.

To be fair, this was not just any loaf of bread, but a panettone, an Italian Christmas bread, airlifted from Milan. And to be fair, I got it as a holiday treat for my love, Christine, in part to atone for the time I ate half of her supermarket panettone and reclosed the box to make it look like I didn't do it. (It didn't work.)

Still, I felt a complex mixture of emotions. I mean, look: I just spent 70 bucks on a loaf of bread, a level of decadence embarrassing on its face. On the other hand, I was going to get to eat a $70 loaf of bread, and, well, that's pretty exciting.

But Chuck, I knew, would not judge me for my lavish irresponsibility. Chuck is maybe the only man in America who perfumes his home with $65 candles while wearing a 15-year-old T-shirt from a nosebleed-violent Los Crudos show. (They're pure hardcore punk rock, and they don't sing about raw fish.)

And so, because I knew he wouldn't judge, because I had to get my purchasing of this bread off my chest, I detoured on my way to the shower to show it to him while he stumbled from the couch to make his morning coffee.

"Seventy bucks. Wow. And I've never really liked panettone. When did you say Christine was getting here?" he asked.

"Not 'til Sunday," I said. We looked at it, round and brown sitting on the counter. Sunday was half a week away.

"We should probably see if it's worth it," I said. Chuck nodded judiciously. I got a knife.

It started slow, and by that, I mean we took small slices from the edge, but also that the charms of the panettone were not immediately apparent. It was nice enough, a subtly sweet dough with aromatic dried fruits.

More slices. The browner bites of the crust were intriguing, complicating the sweetness by being almost bitter. We took sips of our coffee, and the aroma of orange came rushing back. Now the butter was kicking in, making all the flavors round and ringing.

We started digging into the crust that was stuck on the wrapper, getting it all under our nails and over our faces.

"It's like the difference between a hot mama and a beautiful woman," Chuck said. "If you set this next to a chocolate cake with chocolate icing, everyone is going to want the chocolate cake. But this ... this is really beautiful." Then he added, "Christine is a lucky lady."

Christine! I looked at the panettone, half-gone and guilty-looking on the counter. I reached for the box and thought about another cover-up. Chuck just started laughing, and I laughed with him, 35 bucks worth of laughter.

Arriving a few days later and ever-patient, Christine loved her half-loaf of panettone. We had a lovely Christmas, at the table with platters of octopus and salt cod and her big, raucous Portuguese family; around the tree with presents and a beautiful, clapping baby. I love the holidays, the gathering and sharing, the traditions and the rituals.

But I think back to that moment with Chuck, two old friends laughing and sharing food that's special, and I think this is what I also love about the holidays: the little moments on the side, the ones outside of the traditions and the rituals but made possible by the season.