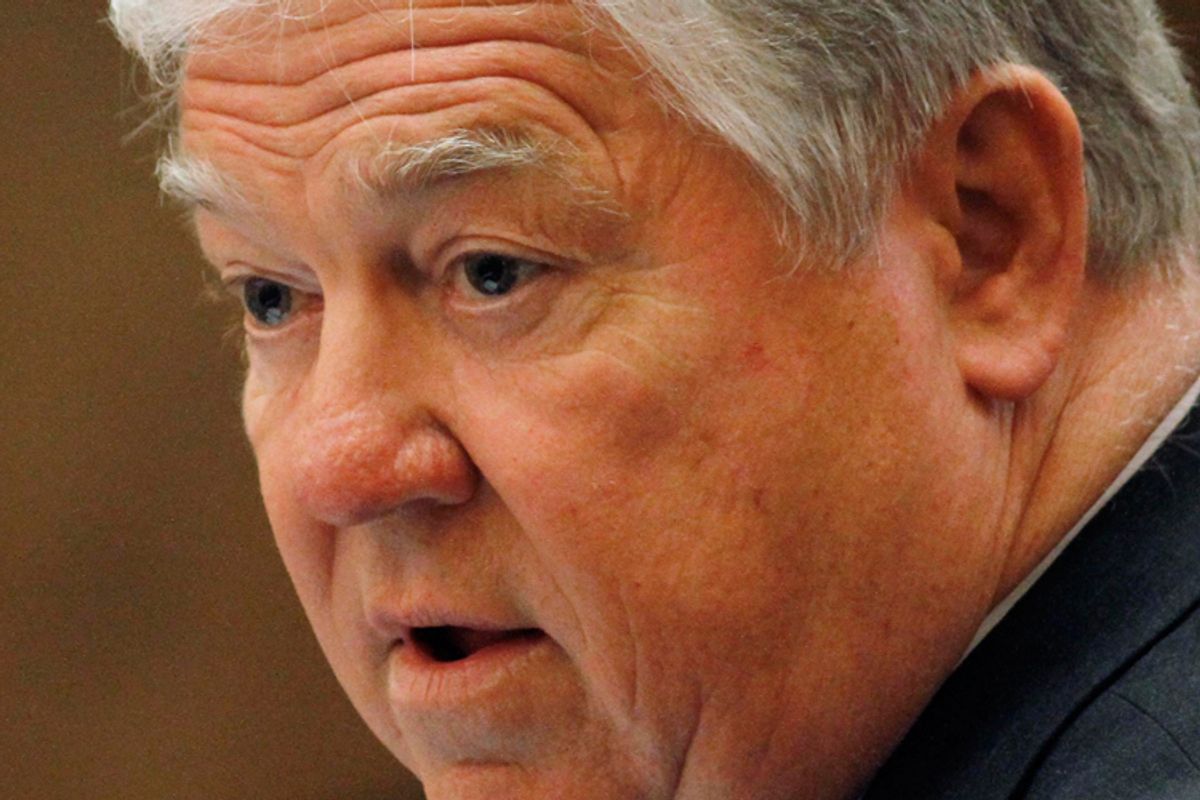 Corpulent unreconstructed good ol' boy Mississippi Gov. Haley Barbour apparently has a "state plane" that he uses to fly to football games with corporate executives, Politco reports today. Barbour, a former tobacco lobbyist and deluded would-be presidential candidate, has taken the plane "to at least one boxing match," according to Ben Smith and Byron Tau.

Mississippi has the highest poverty rate in the nation. According to a 2009 study, "a black male born in Mississippi today can expect a shorter life span than the average American in 1960." But!

The flight logs obtained by POLITICO indicate that Mississippi has spent more than $500,000 over the past three years on Barbour's air travel. That total does not include security and other logistical costs associated with his trips. And through a quirk in Mississippi law, whenever the governor is out of state, Mississippi must pay the lieutenant governor a salary differential as acting governor.

And Barbour invents "official business" by meeting with some congressman for a couple minutes, so that he doesn't have to reimburse the state for his trips.

Barbour's whole thing is that he's completely shameless about how hilariously corrupt and awful he is, so his spokesperson didn't even bother to defend this practice, except to say that sending Barbour to "Meet the Press" and college basketball tournaments on the taxpayers' dime is fine because the governor is "an effective marketing tool in a state that really needs it."

This, for example, seems like really good "marketing" for the state of Mississippi:

On the afternoon of March 7, 2010, for instance, Barbour's state-owned plane arrived in Las Vegas to pick up the governor. The official purpose of the taxpayer-funded trip on state forms was a "project meeting," but Barbour had other reasons to be in Las Vegas.

According to the Mississippi Business Journal, Barbour had invited donors to his state political action committee to drive a stock car around the Las Vegas Motor Speedway and then to join him and casino mogul Steve Wynn for drinks — for a $5,000 contribution. The stop to pick up Barbour was not reimbursed to the state.

Meanwhile, the poverty rate for Mississippi children is 31% (the state spends twice as much on prisoners as it does on schoolchildren).