He posts YouTube videos of security loopholes at SFO, and instead of remedying them, the agency attacks him 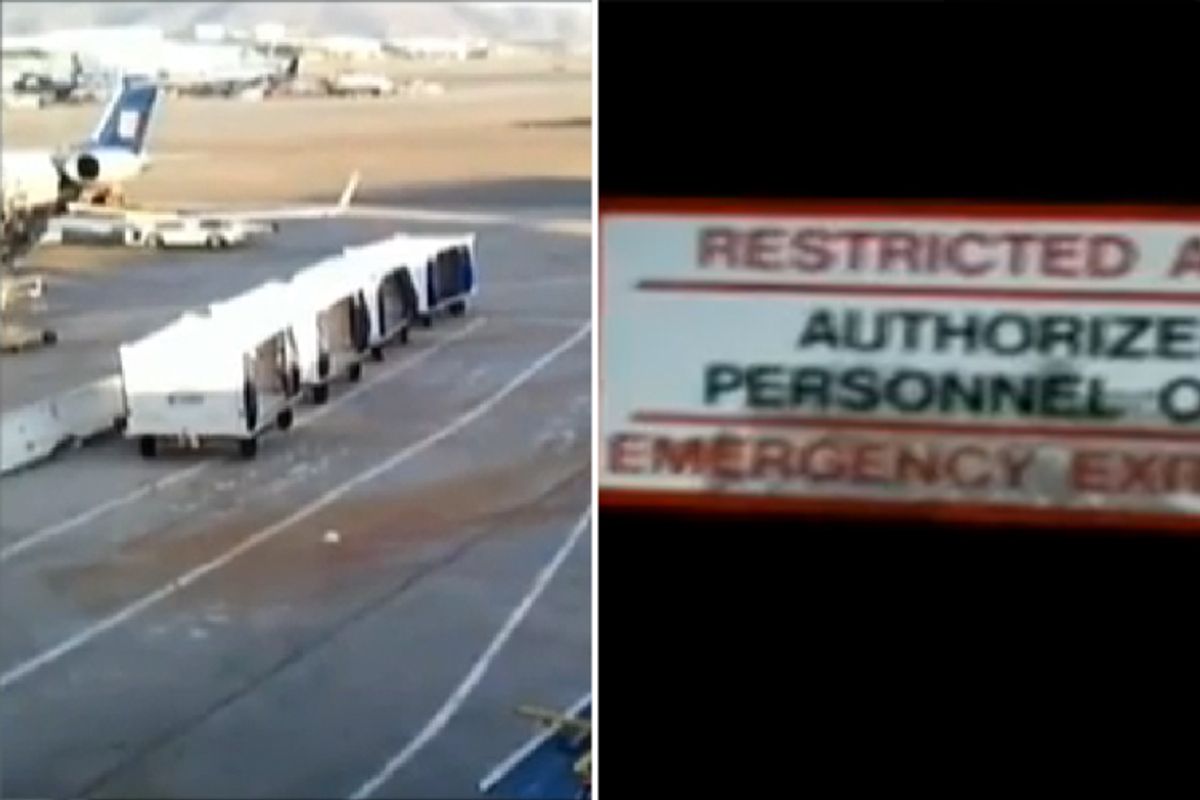 It wasn't me. I almost wish that it was, but it wasn't.

I am not the pilot who found himself in hot water for posting scandalous security videos on YouTube.

The pilot, whose name has not been released, uploaded a series of clips taken at San Francisco International Airport. His intent was to expose the insane double standard of TSA's airport employee screening policies: Although pilots and flight attendants are required to pass through the same concourse checkpoints as passengers, many ground workers, including baggage handlers, caterers and cabin cleaners, are exempt from these checks. The YouTube segments, which have since been taken down, showed ground employees passing through a simple turnstile on their way to work. You can see some highlights from the videos in this television news report by News10 in Sacramento, Calif., where the pilot lives.

This has been TSA policy from the beginning. It is also something I've been writing about in my columns, on and off, for the past eight years. Finally the issue is getting some attention -- if not entirely for the right reasons. This should be a story about farcical security practices; instead, as the media has been playing it, it's the story of a renegade pilot.

TSA says the pilot's actions are "under review," citing the possible release of what the agency calls, "sensitive security information."

That's a head-spinner if you ask me. The screening rules are public knowledge. It's not the pilot's fault that the rest of the country has been ignoring them.

What the pilot really did, of course, is throw a ring of well-deserved embarrassment around TSA's neck. And in typical fashion, the agency's response is not to review, revise or even acknowledge its foolish rules, but to harass and bully and threaten the person who drew attention to them.

We saw this with Michael Roberts, the pilot who refused a body scan in Memphis a few months back, and later with the passenger in San Diego who didn't take kindly to the idea of having his genitals fondled (at the airport, anyway), then had the audacity to exit the checkpoint rather than continue with a pat-down. (TSA says that a passenger must be fully inspected once he or she has "presented himself" for screening.)

The pilot in question is also a participant in the Federal Flight Deck Officer program -- a voluntary anti-hijacking scheme that allows specially trained airline pilots to carry handguns in the cockpit. Strangely and perhaps most disturbing of all, agents from the TSA and Department of Homeland Security reportedly came to the pilot's home and confiscated his weapon.

I am hardly a firearms aficionado, and I have mixed feelings about the FFDO program in general. But this disturbs me. What grounds, exactly, did any federal agency have to visit the man's home for any reason, let alone to suspend or revoke this man's FFDO accreditation?

Yet somehow I'm not surprised. This is what happens when, in the throes of fear, you bestow a bureaucracy with lots of power and little accountability. TSA has scant respect for reason or rational policy; point out its foibles, meanwhile, and apparently you risk having agents being sent to your residence. Is this really the United States of America?

What's happening, maybe, is that TSA has become a touch nervous, digging in its heels in response to sudden challenges. A growing number of citizens are speaking out, while airlines too are beginning to question our overall approach to airport security. As I wrote a week ago, the industry's largest trade organization, IATA, has proposed a drastic, and dare I suggest intelligent, shift away from the current, one-size-fits-all screening approach to a multi-tiered, profiling-based approach.

This groundswell of resistance is a positive step, but I'm afraid of two things: I'm afraid that it won't last, and I'm afraid that it can't withstand the authority of a government entity -- TSA -- that effectively answers to nobody. The IATA proposal, if adopted, would soften or make redundant many of TSA's protocols. No doubt TSA sees this as a threat, and will fight it tooth and nail.

It will not relinquish power until forced to do so by our leaders, under a critical mass of outrage. As a nation we are still a long, long way from that. And the next terrorist attack, or even a close call, is liable to wipe out our resolve and re-set the clock.

Seasons Greetings, by the way, to all of my readers. Here is your virtual holiday card.