And the Tea Party's next target is ... Scott Brown?! 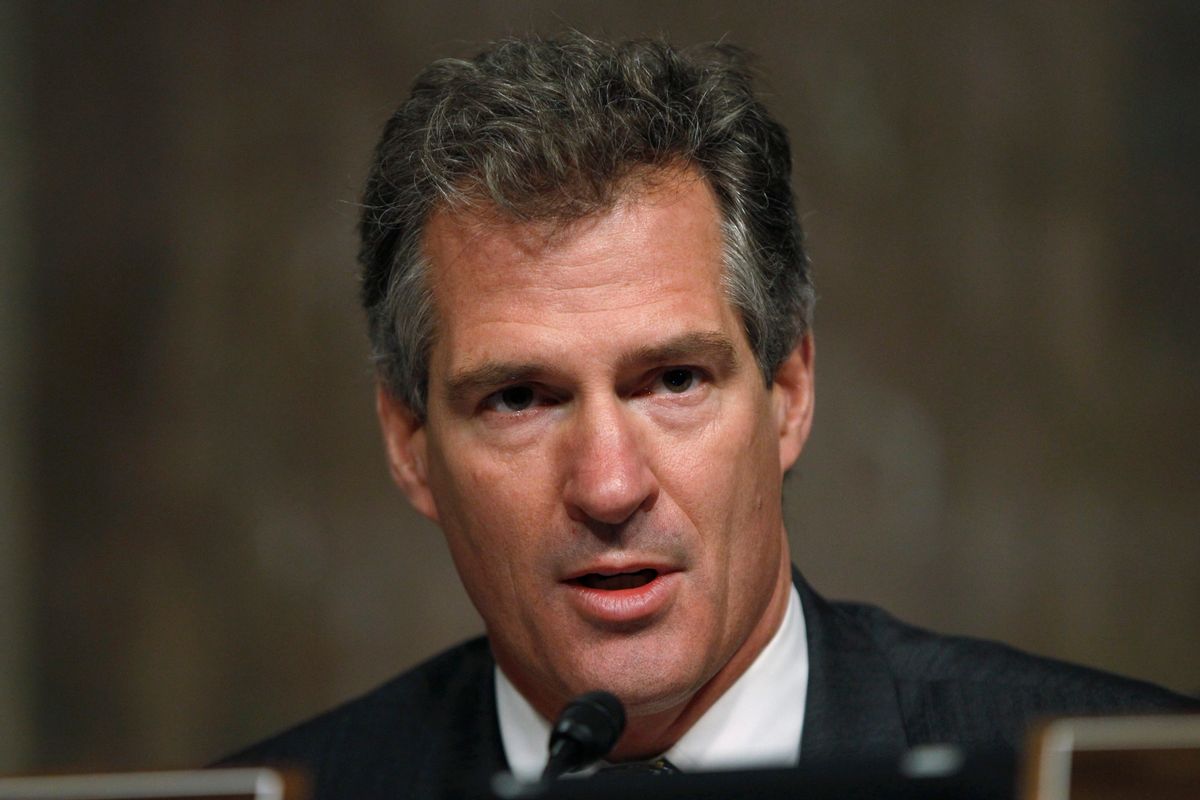 It was probably inevitable that we'd reach this point, but Tea Party activists and social conservative activists are now talking openly about backing a Republican primary challenger against Scott Brown in 2012.

"I think that there will be a primary challenge," Christen Varley, president of the Greater Boston Tea Party, told the Boston Globe last Friday. "There’s enough of an underground movement in the Tea Party movement as seeing him as not being conservative enough. There probably will be multiple people who attempt to run against him."

Brown's latest (supposed) crimes against conservatism include his support for the New Start treaty and for repeal of the "Don't Ask, Don't Tell" policy in the Senate last week -- this after he voted for Wall Street reform over the summer and a jobs bill back in February.

It's tempting to dismiss the right's threats. After all, Brown remains surprisingly popular in Massachusetts -- he's consistently scored better than John Kerry in polling since taking office -- he's armed himself with an impressive bankroll, and there's really no big- (or moderately big-) name conservative challenger waiting in the wings. Plus, we're talking about Massachusetts here: Brown's votes may place him to the left of most Republicans in the Senate, but he is also, on the whole, far more conservative than just about any Democrat who might otherwise hold the seat. He's doing what he needs to survive in a strongly Democratic state, in other words; surely, conservatives recognize and appreciate this at some level.

Then again, you could have said roughly the same thing about Mike Castle in Delaware heading into this year: He was an authentically moderate Republican congressman with deep statewide popularity -- and he was the runaway favorite to capture Joe Biden's old Senate seat. But to the GOP's Tea party base, that moderate voting record represented not sensible pragmatism in a blue state but simple ideological betrayal. It didn't matter that Castle's only opponent in the September GOP primary was the flaky and (initially) underfunded Christine O'Donnell; once the Tea Party crowd decided that he was a RINO, Castle was cooked. That the Republican primary universe in Delaware is so small only made the task easier.

The GOP primary electorate in Massachusetts is also tiny. Less than 15 percent of the state's voters are enrolled in the GOP, so it's not entirely out of the question that Brown, if he continues to break with his party in high-profile votes in 2011, could find himself facing a tricky road to re-nomination in 2012. In fact, with the incoming Republican House poised to push through Tea Party-friendly legislation (perhaps defunding healthcare and Wall Street reform, for instance), Brown could be on the spot more than ever next year. Vote against the Tea Party's agenda and the GOP base's frustration with him will grow; go along with it and his popularity with the general election audience could dip. (And given that this is Massachusetts, he doesn't have much of a margin of error with the latter group.)

That said, if Brown is challenged, he should be boosted by the ability of independent voters to participate in Massachusetts primaries. This was how the socially liberal William Weld fended off conservative state Rep. Steven Pierce in the 1990 Republican gubernatorial primary -- a race that Pierce, who overwhelmingly won the endorsement of the (much more conservative) state GOP convention, had been favored to win. Plus, Brown enjoys some goodwill with the Tea Party rank-and-file, even though he's disappointed them on some votes. He came onto the national scene as their candidate; many of them are probably willing to cut him some slack. This could insulate him in a way that Elliot Richardson, who lost the 1984 GOP Senate primary to conservative Ray Shamie (who went on to serve as state party chairman), and Ed Brooke, who barely survived a 1978 primary challenge from right-wing radio host Avi Nelson, weren't. Neither Richardson, who famously stood up to Richard Nixon at the height of Watergate, nor Brooke, a two-term senator with a solidly liberal voting record, ever had much credibility with conservatives.

That Brown may have a problem on the right illustrates the degree to which the Tea Party figures to haunt the next Congress. After all, there's no reason to think that the angry GOP base that embraced Christine O'Donnell, Sharron Angle, Ken Buck, Joe Miller and others in 2010 will be any less restive in 2012. For every Republican in the House and for every Republican senator who will be up for reelection in '12, the threat of a serious primary challenge will come with every big vote.