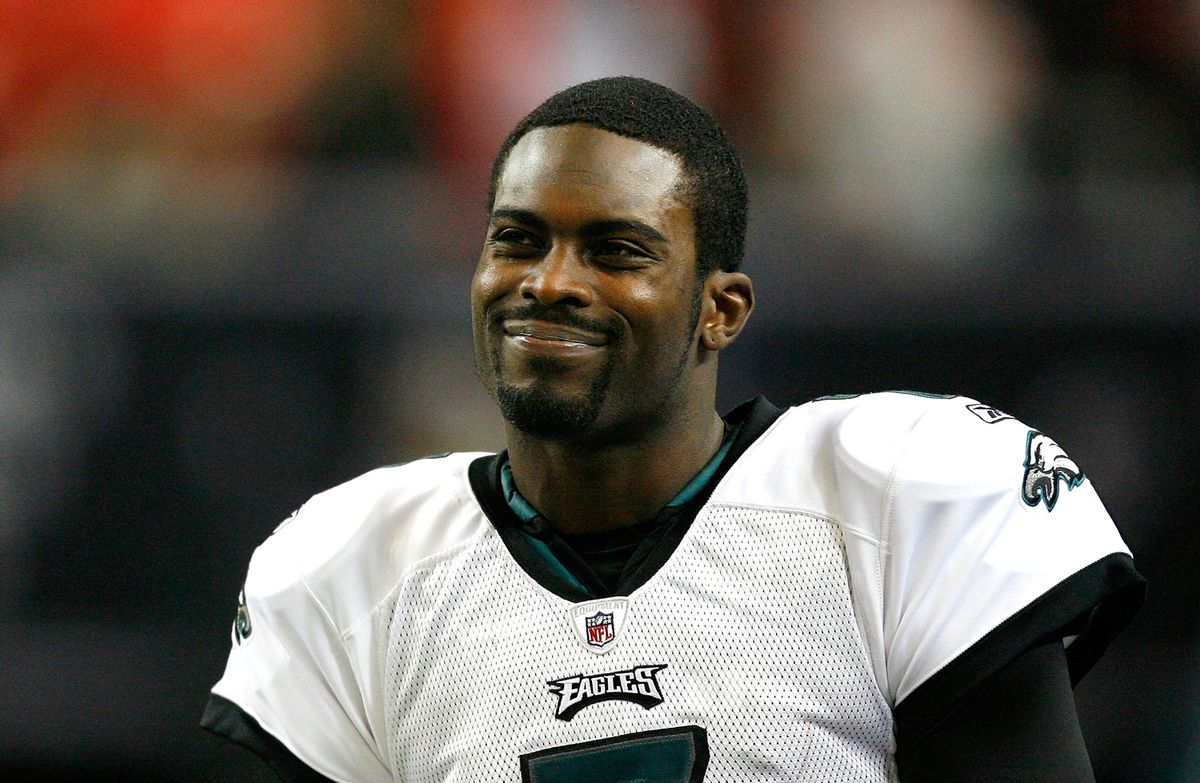 of the Philadelphia Eagles of the Atlanta Falcons at Georgia Dome on December 6, 2009 in Atlanta, Georgia. (Kevin C. Cox)
--

The White House says President Barack Obama has commended the owner of the Philadelphia Eagles for giving quarterback Michael Vick a second chance after his release from prison.

Obama spokesman Bill Burton says the president told owner Jeffrey Lurie that while he condemns the crimes Vick was convicted of, he believes people who have paid for their crimes should have the opportunity to contribute to society again.

The Eagles signed Vick last year after he served an 18-month prison sentence on charges related to a dogfighting ring. Vick has led the Eagles to the playoffs this year after assuming the starting job.