Where have you gone, Joe? Crazy baby names for everyone

Alanis Morissette names her son "Ever Imre," but she isn't alone in seeking distinction. What happened to Susan? 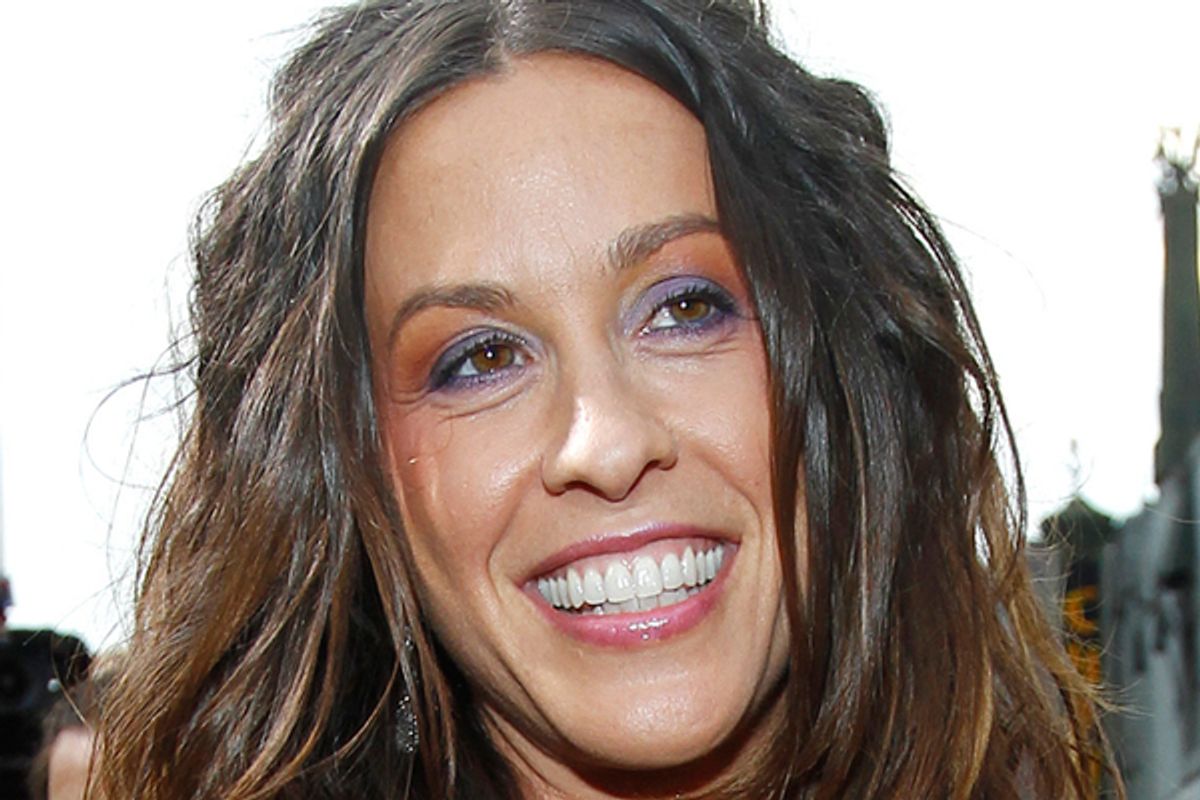 You had a good run there, Jennifer. David, we hardly knew you. On Christmas morning, a child was born unto Alanis Morissette. And we shall call him Ever Imre.

Celebrities have such a long and well-documented history of giving their children distinctive monikers -- Angelina Jolie alone is a one-woman baby naming industry -- that whenever anyone who's ever been on the cover of People reproduces, the only question is from which musical instrument, brand of sneaker  or borough of New York City the child will take its appellation.

But where once the Pilot Inspektors of the world bounced almost exclusively on the knees  of sitcom stars while we and our progeny duked it out for gym class dominance with those seven other Lisas, the notion of a -- heaven forbid -- "common" name has, over the last several years, fallen increasingly out of favor among even us common folk. Hummingbird, you stop picking your nose right now!

Naming still reflects what's going on in the culture -- it's no fluke that the most popular baby names last year were ("Twilight" characters) Jacob and Isabella. And the sudden new crop of Quinns and Bettys out there suggest that a whole new generation is being conceived immediately after prime time. But there's a serious dilution now in what it means for a name to be "popular." Whereas a century ago, the top 10 male names accounted for 40 percent of the boys in the population, now only 10 percent of them do. My daughters play with Gravitys and Isis Rainbows and Steeles and Rolexes. Between the two of them, they do not know a single Andrew or Laura.

Part of the change in names reflects the increasing diversity of the country. Where once newcomer parents eagerly foisted the most Anglo-sounding name they could come up with on their second-generation offspring, that desire for assimilation isn't as great now. One of my best friends is a Japanese-American named Linda. My children's Japanese-American classmates are named Momoko and Kai.

But the broadening spectrum of names isn't just ethnic -- that wouldn't account for all the Oceans and Dagnys out there. We live in an age where the noise is increasingly stronger than the signal, so the need to stand out is a natural extension of the competition for attention. Our children are an extension of our personal brand. And given how much thought we're willing to lavish on our ringtones, what's the point of bringing another Paul into the world?

As someone with the second and 17th most common names of her birth decade, I can't imagine what it would be like to go through life so wonderfully distinctive. I can't imagine what it'd be like to not accidentally get some miscreant's credit scores every few years. But I also love sharing a name with my grandmother and her sister, feeling part of a family lineage. That's the trade-off every parent has to figure out for our children -- how do we give them something that lets them share a special fraternity with their other namesakes, yet let them shine as individuals? And being the only Trout in town has got to have as much baggage as being the 800th Michael. And believe me, if I have to meet one more parent who eagerly has to explain the brilliant provenance of his or her perfect, one-of-a-kind baby's name, I will start a petition to bring back John.

Yet try as we may to turn baby naming into a bloodsport, eventually, like everything else with kids, it's out of our hands. Alanis Morrissette's new son will likely never hear the phrase "Sorry, I was talking to the other Ever Imre" on the playground. Penn Jillette's daughter Moxie CrimeFighter will probably never find a tiny license plate key-chain with her name on it at Spencer Gifts. And Nicolas Cage's son Kal-El is in for a lifetime of "How do you spell that?" They'll either enthusiastically embrace that specialness or quietly change their names to Manny, Moe and Jack when they hit puberty. And someday your child's schoolmate will go off to college and decide he's more of a Bob than an Odysseus -- or vice versa. Because a name is always a personal statement. And eventually, the statement is no longer the parent's to make.