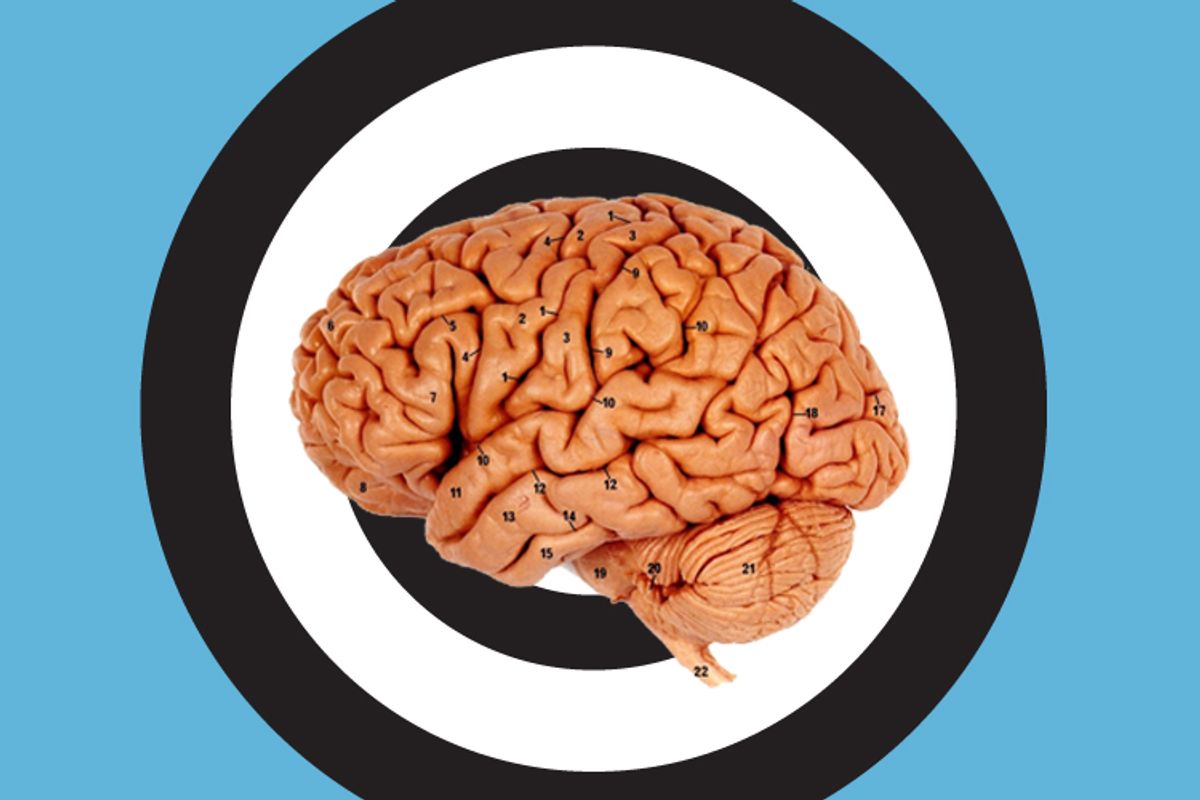 A study to be published next year at University College London suggests that conservative brains are structured differently than the brains of other people. The investigation, led by Geraint Rees, focused on 92 individuals in the U.K. -- 90 students and two members of Parliament.

Since only adults were included in the investigation, researchers were unable to determine if cerebral physiology drives politics or if political beliefs change the brain. A previous University of California study suggests the former is possible, isolating a so-called "liberal gene" -- the neurotransmitter DRD4 -- responsible for an increased receptiveness to novel ideas.

Predictably, conservatives have jumped on both studies as an indication of their biological superiority. Across the right-leaning blogosphere and twitterverse, DRD4 was cited as the underlying cause of the "mental illness" known as liberalism; and some conservative tweeters have even tried to claim that the enlarged amygdala just means that conservatives "have bigger brains." Of course, the first claim begs the question, and the second ignores the shrunken anterior cingulate.

While the extent of the differences is still unclear, the biology of politics has begun to confirm that those differences are real.